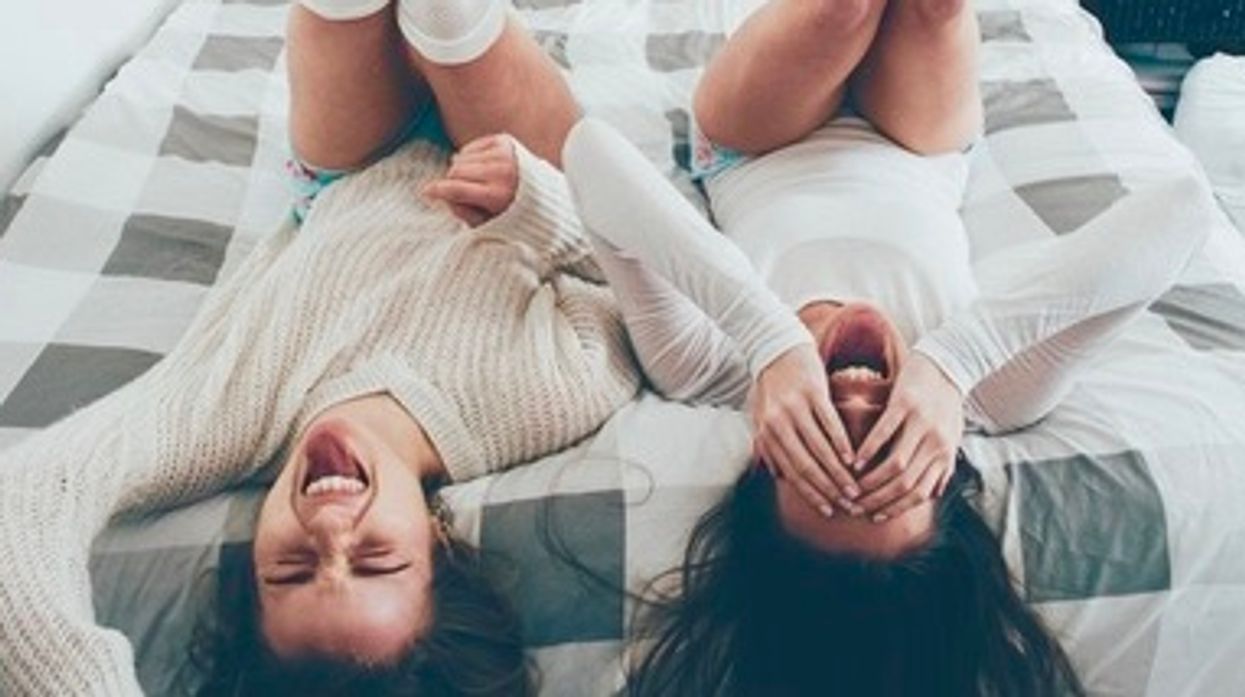 We Heart It
Minnie Nguyen

Toronto rent is expensive as all hell, and there is only one plausible solution for this problem: roommates. Having a roommate is great because you have someone to hang out with at all times, someone to split insane cost of living, and someone to be there for you when you need emotional support.

I can tell you all of this to be true, because I've had 8 roommates in 3 years. And they have not all been the best of times.

I was a roommate virgin at this point. And in the grand scheme of things, Josh really wasn't the worst thing in the world. He left me alone most of the time, and he always left really weird sticky notes with bizarre "inspirational" quotes. My favourite to this day is still: "the cure for anything is salt water: sweat, tears or the sea." (Deep af right)? The only downside is he used to bring home girls every night, and when they would leave in the morning they would yell at me and accuse him of cheating on them. I would just roll my eyes and say that we were roommates. After a while I started just staying in my room to avoid the drama. There was one time though that we pretended I was Josh's girlfriend cause the girl he was sleeping with was getting too clingy. Good times.

No Jake wasn't a stoner, he was actually at George Brown for culinary practice, and loved to bake all the time. I gained 10 pounds for sure the 4 months that we lived together. I sub-leased his roommate's room because Josh dropped out of school and moved home to Forest Hill leaving me roommate less. Needless to say it was a good summer, I can still taste his peach biscuits.

While I was living with Josh in first year, I met Beatrice The Great. She remains my constant roommate and best friend on this earth. We had the best year, making tons of memories in our shit hole apartment. Until her parents made her go back to Grimsby for the summer. Time to find roommate #4. Until we meet again B...

I found Mia on Bunz Home Zone, and was interested in meeting a new best friend for the summer. Let's just say I don't hear from Mia that much anymore. She was sub-letting Beatrice's room, but insisted on making our entire apartment her space. So she hung up pictures of her family on the fridge (scary), brought her own artwork, couch (our apartment is 600 square ft) and fish. Why she brought a fish I'll honestly never understand. She also had this bizarre boyfriend that would be over all the time but I never actually met him. Worst part was she moved out July 30th 2016 without any notice... This girl just left. Hope you're doing well Mia, miss you?

Then B came back for the school year. Our third year of university. We had a great fall and winter until this girl left me to go to Europe for 8 months. It was time for roommate #6.

Because Mia was a write off, I skipped on Bunz and found Jessica in my university student group. Jess was fine, she was vegan and quiet and had a really quiet boyfriend that would make meat and cheese plates for us all the time. Sounds pretty good right? Wrong. I saw Jessica max 4 times the entire 4 months she lived with me. And it started to stress me out so much that me and my boyfriend would actually get stressed going to my apartment scared we would run into her. She was so nice and not insane and I think I just had PTSD from my other psycho roommates that her silence freaked me out. That was a weird ass winter.

After Jess left I was SUPER stressed because I had to find another roommate (it became roommates) for 4 more months while Beatrice was living her best life. So I enlisted my 2 best friends Nike and Adidas to come and live with me. 3 people in a 600 square ft apartment was a disaster, but we're closer because of it! Right guys?

Once Nike and Adidas left my life I had 2 more months left to fill. I met James through a friend of a friend, and ended up really liking him. He was super chill and clean. But July ended up being a super lonely month because James only stayed twice. Had the place to myself though so, couldn't really complain.

Ricky is my current roommate and is honestly a lot. He loves plants, drinks kale smoothies every morning and LOVES having sex at 4:30am. I haven't talked to him much, but I know these 3 things to be true. Also he ruined my favourite frying pan the other day. We have 10 more days together, and then Beatrice comes back for another year. I swear to God if she leaves me again, I'm just going to live in a cardboard box.