It will be a hell of a show! 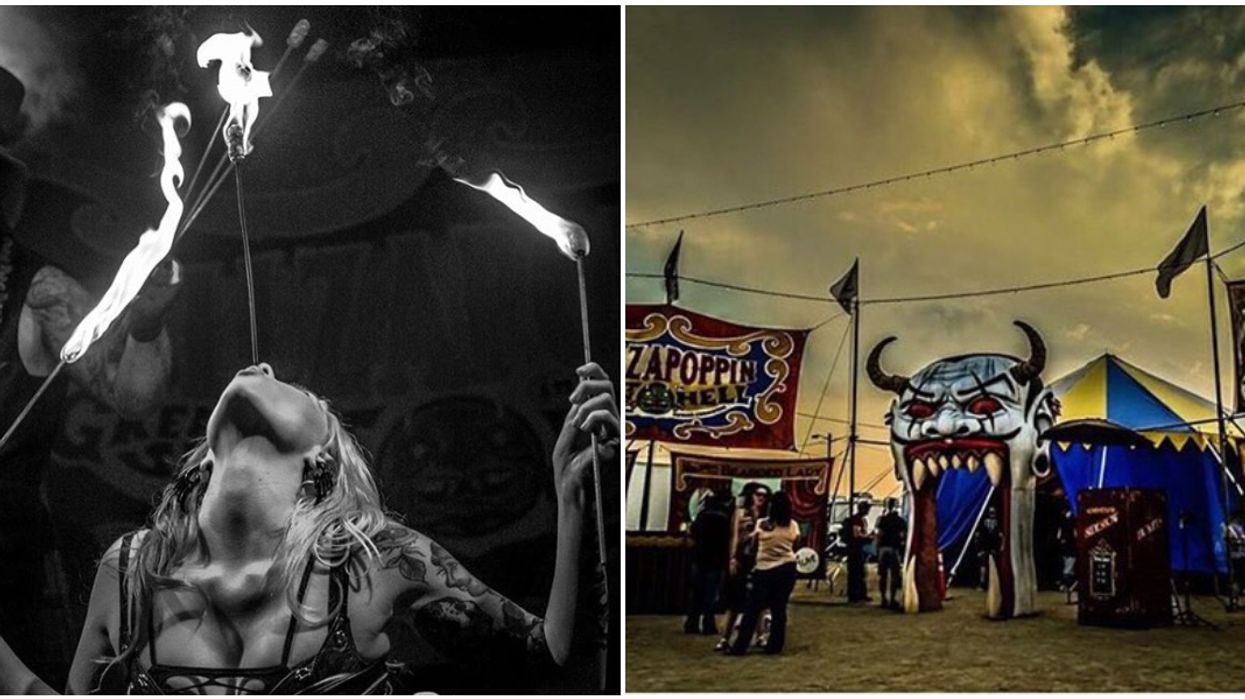 Lights. Camera. Freak action! Circus shows are impressive but more entertaining when they include special performers with eccentric skills. Thankfully, the freakiest of them all, Hellzapoppin freak show circus is coming to Jacksonville this weekend, and it's an exciting performance you won't want to miss.

Hellzapoppin Circus Sideshow is a theatrical rock-n-roll 'freak show' presenting the craziest stunt shows to a live audience. Rule breakers, trailblazers, and rebels make this surrealistic show an authentic circus experience. This circus has been seen in Travel Channel, Discovery Channel, Ripley’s Believe It Or Not, Guinness Books of World Records and more.

Each show includes deadly stunts and other authentic circus sideshows with performances using the human anatomy and death-defying stunts of mind over matter. It's not a show for the faint at heart but for the brave spectator.

The show only costs $20 per person and it includes two hours of thrilling excitement from 9:45 pm to 11:45 pm. You can also purchase VIP tickets for $30 which includes the best seating sections in the house. The tour will also be making stops in other Florida cities including Orlando, Tampa, and Gainsville, among several others. You can see all of the tour dates and locations here.

The circus has been in different cities such as Lake Park, Tallahassee, New York City, Teaneck, and others. This circus will keep your heart palpitating faster than ever, but you will leave with the best experience ever.