"The right place at the right time." 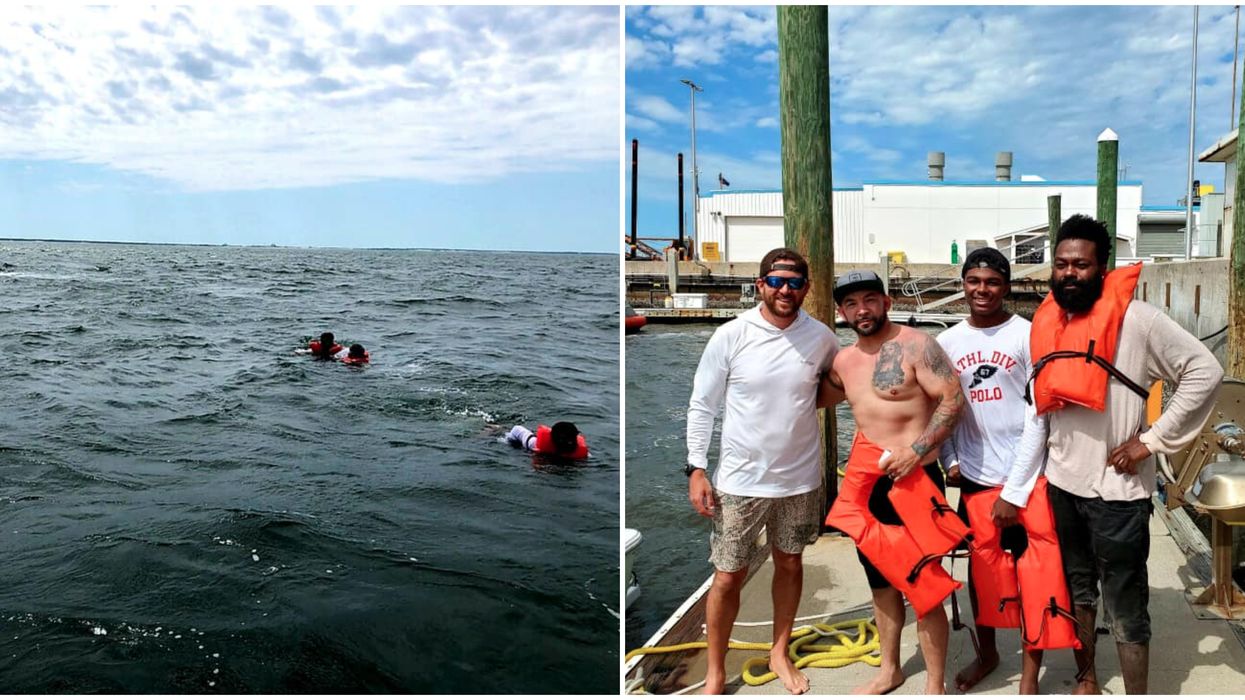 As people in Jacksonville start venturing outside again, one Neptune Beach off-duty officer was quick to act after hearing an unexpected distress call. The officer was fishing off the Mayport Jetties with fellow passengers when he heard a mayday call on April 26. He was able to locate and rescue the three boaters whose boat capsized in the ocean.

"The panicked sound of a captain yelling over the VHF radio 'mayday, mayday, we’re taking on water fast' will replay in my mind tonight," Michael Key, an off-duty police commander with the Neptune Beach Police Department said in a Facebook post.

"It was just being in the right place at the right time," Key told Narcity. "I'd hope anyone would do the same for me. Seeing people floating in the ocean near a capsized boat is something you'll never forget, and I hope this story serves as a reminder to all to invest in as much safety equipment as you can."

In the video, you can hear Key calling the Coast Guard and telling them that there are "three souls floating in the water" near the capsized boat.

In the Facebook post, Key mentions that while he and his family were boating, they heard a "crack" and then a weak signal from the U.S. Coast Guard over his VHF radio.

The crew decided to call the U.S. Coast Guard Sector Jacksonville and found out that there was a capsized boat about 1.5 miles away from them.

“As we arrived, the sight of three mariners floating in the water is something I will not soon forget,” he said in the post. “We were able to pull them aboard and bring them back in."

Key mentions that the incident reminded him of the story of two firemen, Jacksonville’s Brian McCluney and Virginia’s Justin Walker, who vanished after they were last seen leaving for a fishing trip.

"The thought of the two missing firemen from several months back hasn’t left my mind for myself and many others," Key continued in the post. "This is yet another example of how things can go bad, so fast! I personally have invested heavily in safety gear, and I’d like this post to serve as a reminder for you to do the same."

Jacksonville was the first city to officially reopen its beaches and parks for recreational use earlier in April.