Is it spring yet? 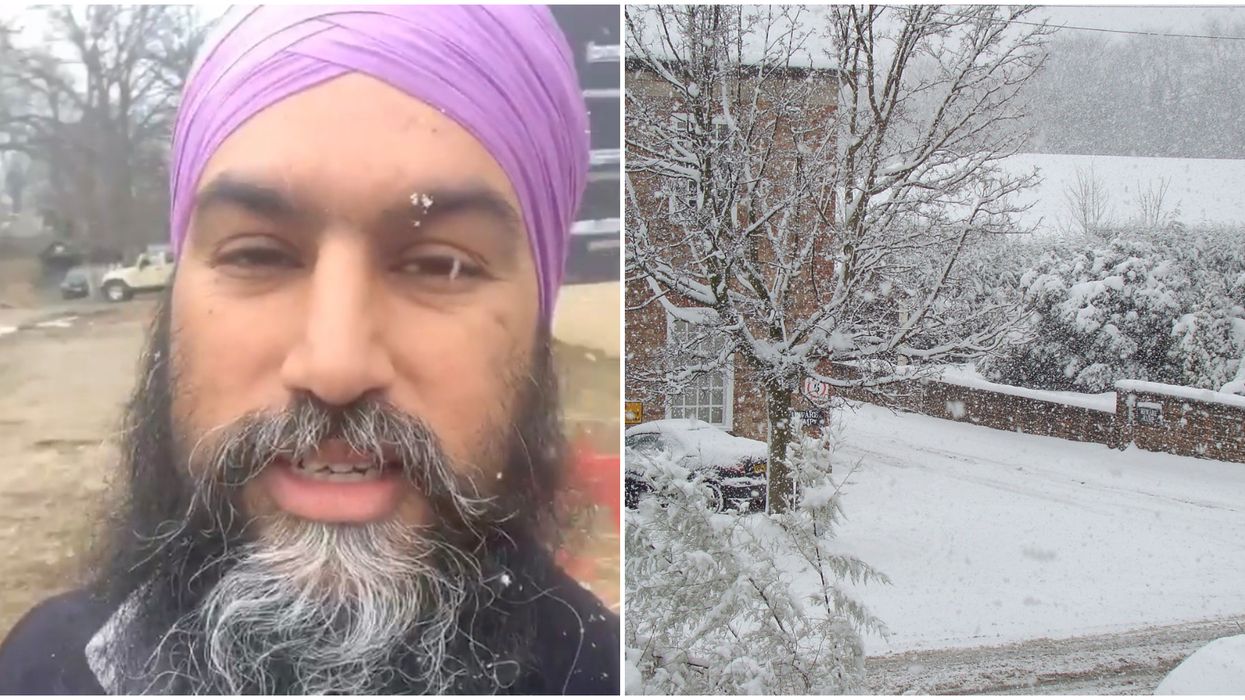 Let's face it: March is kind of a bad month. It's somewhere between winter and spring weather, and it leaves everyone feeling confused. Even Jagmeet Singh made an Instagram story about what a bummer March snow can be.

"Yeah you thought spring was here, but no, there's still snow," Singh says in an Instagram story posted on March 6. The video shows him walking down a street in London, Ontario, and there are indeed snowflakes tumbling from the sky.

"It's snowing, there's no spring yet," Singh continues, "London, interesting fact... Is in a snowbelt, so it gets more snow than other places, but it's coming down pretty heavy right now. You can see it collecting in my beard right there."

Singh is right about one thing: London is located in Canada's snowbelt, a region of Ontario that gets quite a bit more of the white stuff than the surrounding area due to the lake effect. Other cities in the snowbelt include Parry Sound and Barrie.

However, where he is incorrect is in his assertion that it is already spring. That season does not technically begin until March 19. As any Canadian knows, that also does not guarantee an end to snowy weather for the year.

London was receiving a visit from Singh as he was in the city to attend an International Women's Day breakfast, according to another post in his story.

He included some footage from inside the event, commenting "it's pretty packed, pretty awesome, a lot of awesome folks here."

Singh was also sharing some of his other recent stops. That included a trip to Riviera Pizza in Windsor, where the NDP leader got to dig into a vegan pepperoni pizza.

While Canadians probably can't wait to be rid of all the snow that keeps piling up, spring is, unfortunately, going to mostly be a soggy one, according to the latest seasonal forecast.