11 Times Jagmeet Singh Took Shots At Other Candidates On Twitter

He's never been afraid to call out other candidates. 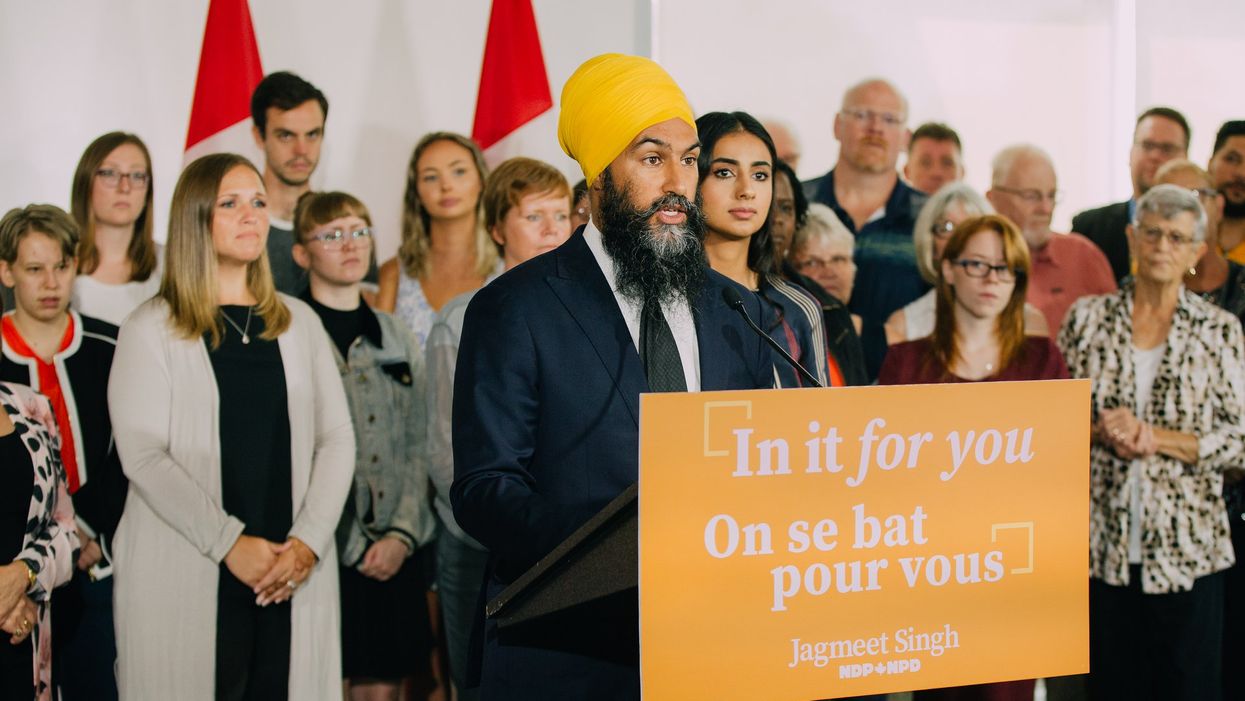 The Canadian federal election campaign has focused mainly on two candidates: Justin Trudeau and Andrew Scheer, the Liberal and Conservative leaders, respectively. However, there are other candidates in the race, including NDP leader Jagmeet Singh. The NDP may be in third place in polling, but Singh has never let that stop him from speaking his mind. Jagmeet Singh's Twitter account, specifically, is filled with his signature optimism, as well as plenty of shots at the other candidates.

Singh is not shy about calling out both Trudeau and Scheer on their policies, statements, and what he sees as shortcomings. Singh has long been an outspoken advocate for the average Canadian, and if you go by what he says on Twitter, he really believes that he can do a better job than any of the other candidates.

While he has taken plenty of shots at the other federal candidates, there is one person he is running against to whom he only has nice things to say: Green Party leader Elizabeth May. In fact, Singh even congratulated May on her recent wedding, writing, "Congrats to @ElizabethMay on your wedding! Gurkiran and I send our very warmest wishes to you and John on your special day."

Congrats to @ElizabethMay on your wedding!Gurkiran and I send our very warmest wishes to you and John on your speci… https://t.co/eOmvoGvoTr
— Jagmeet Singh (@Jagmeet Singh)1555988811.0

However, Singh has never stopped himself from calling out the other candidates, which also includes PPC Leader Maxime Bernier. We took a look at some of the tweets on Singh's timeline where he straight up came for the other leaders and stood up for what he believes in.

This #elxn43 is about choices. For PM Trudeau that means spending billions on fossil fuel subsidies while spending… https://t.co/rvkd1akWXm
— Jagmeet Singh (@Jagmeet Singh)1568731116.0

This campaign has seen a lot of comparisons between Andrew Scheer and Stephen Harper, but Singh took it one step further by comparing Trudeau to the former Prime Minister, and not in a good way.

Calling Trudeau out on cabinet confidentiality

Canadians deserve a government that sides with people instead of their wealthy friends and insiders. Justin Trude… https://t.co/Mo6NdWut4g
— Jagmeet Singh (@Jagmeet Singh)1568206907.0

Scheer isn't the only candidate calling Trudeau out on the SNC-Lavalin case and the refusal to lift cabinet confidentiality. Singh got in on the action as well.

Trudeau talks a lot about climate change, but Singh thinks that he isn't actually doing enough to back up what he says.

We'd all like cheaper cell phone rates, and Singh thinks that would never happen under another Trudeau government.

Andrew Scheer has been criticized by some Canadians for his previous comments about gay marriage, including Jagmeet Singh, who also called the candidate out on his pride parade boycott.

Wondering if Scheer thinks climate change is a good thing

We need to know, does Mr. Scheer agree with his Conservative colleague? A few companies profiting millions is not… https://t.co/yk6mmtRbwI
— Jagmeet Singh (@Jagmeet Singh)1565912555.0

Joe Oliver previously wrote an opinion piece where he said that climate change would be good for Canada. Singh disagrees, but wonders if Scheer would agree with Oliver.

In this tweet, Singh takes a shot at Scheer, not for what he plans to do, but what he doesn't plan to do. In this case, it's ending cuts to healthcare.

Scheer called out both the NDP and Liberal parties for comments about buying foreign oil, but Singh says he was actually saying something different. He also throws out some quick criticism right at the end.

I will be at the Leader's debates – and I will strongly oppose any hatred expressed on that stage. We still think… https://t.co/QUnlPVvREx
— Jagmeet Singh (@Jagmeet Singh)1568665708.0

Maxime Bernier was recently invited to participate in the leaders debates, and Singh is not happy about it. He actually even filed an official complaint about it.

THREAD: I’ve waited to respond to Maxime Bernier's comments to see if @AndrewScheer would do the responsible thing… https://t.co/vc7dAsR37g
— Jagmeet Singh (@Jagmeet Singh)1534362114.0

Maxime Bernier has been in the news for statements he has made about immigration, and Singh has wondered whether Scheer would actually call out Bernier as well for what he says.

Wondering why neither Trudeau nor Scheer called Trump a racist

Many Cdns have painful experiences with racism. Trudeau & Scheer must understand – racism can only be confronted w… https://t.co/HpY7xglBqa
— Jagmeet Singh (@Jagmeet Singh)1563304677.0

After Canadian leaders denounced Donald Trump's statements that four congresswomen of colour "go back" to where she came from, Singh wondered why they wouldn't just outright label the behaviour as being racist.