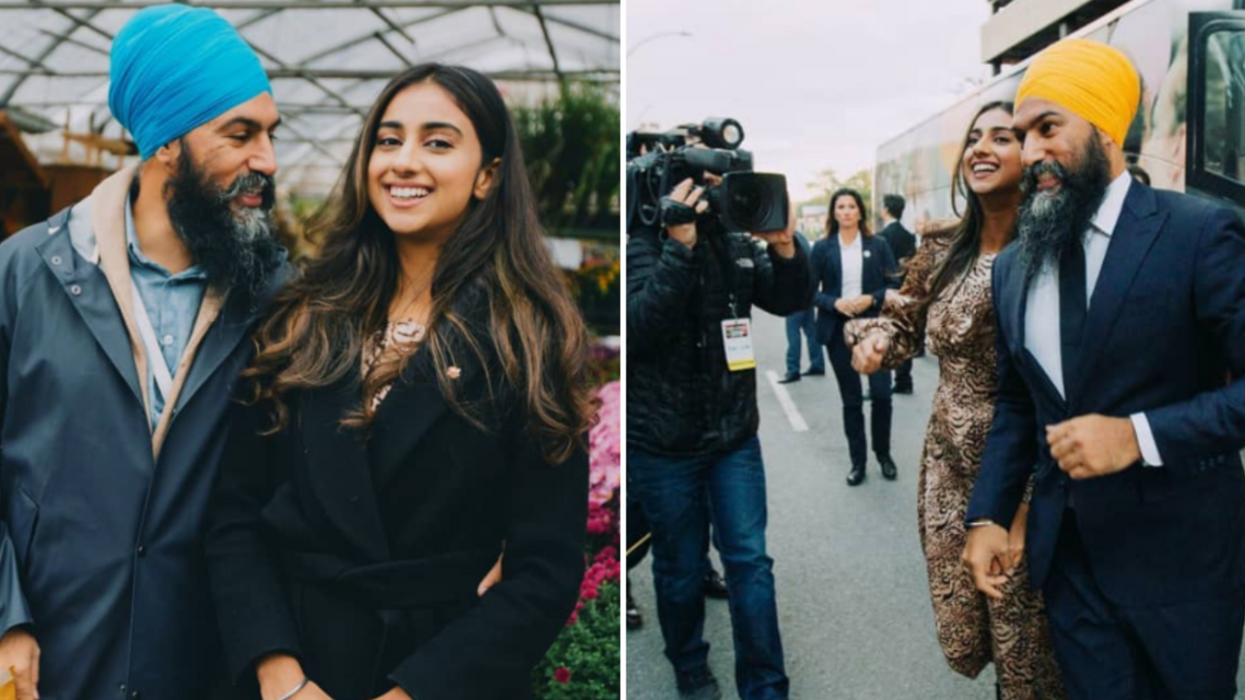 Jagmeet Singh may not be the next prime minister of Canada, but he has the love of a good partner. Jagmeet Singh's wife, Gurkiran Kaur, has been at his side for the entire campaign.

Editor's Choice: An Ontarian Called 911 Because A Raccoon Was On Their Property & It's Not The First Time

While she may not be as well known as Sophie Grégoire Trudeau or Jill Scheer, she is still a very successful woman.

Gurkiran Kaur, aside from being the wife of the NDP leader, is also a successful entrepreneur. Along with her sister, Kaur founded Jangiiro, a new age Punjabi clothing line.

"When my sister and I started Jangiiro together it was a dream come true," Kaur wrote in an Instagram post. "I am proud of my heritage and being able to represent that through my style. My roots have made me into the strong, confident woman I am today 👊🏽 ."

According to the company's Facebook page, Jangiiro and its founders are inspired by "vintage Punjab and the stories of their grandmother, Jangir Kaur."

Kaur and Singh got married in Mexico in 2018, and both of them actually wore clothing from Jangiiro.

Even on the campaign trail, Kaur enjoyed the feeling of making a family. In an interview with CBC News, Kaur said, "I think campaigns are so much fun. I love the energy. I love the family that you create in a campaign mode."

Kaur even applies her fashion sense to her husband, as she is responsible for picking which colour turban he will wear each day.

"The colours initially were chosen by me. Pretty much by random. I would just choose a colour that I liked. Maybe it would go with my outfit a bit," Singh told CBC.

"Now the colours are chosen by my wife because she loves me to match her outfits. That's her thing. So she now chooses."

One thing is for sure: both Singh and Kaur are ambitious people!

Not only is Kaur a well-known designer, but she also receives a lot of praise online. Kaur's Instagram account is pretty impressive and surprisingly, Singh is the ultimate Instagram husband. Narcity found out that Singh actually takes most of his wife's Instagram photos himself. He's a politician by day and an IG husband by night.

So it's not totally surprising that Singh's videos of himself cooking up his now-famous "Punjabi Poutine" went viral on Twitter or that Rihanna responded to his Instagram DMs.

Oh, and let's not forget about his quirky campaign-related Tik Tok videos.