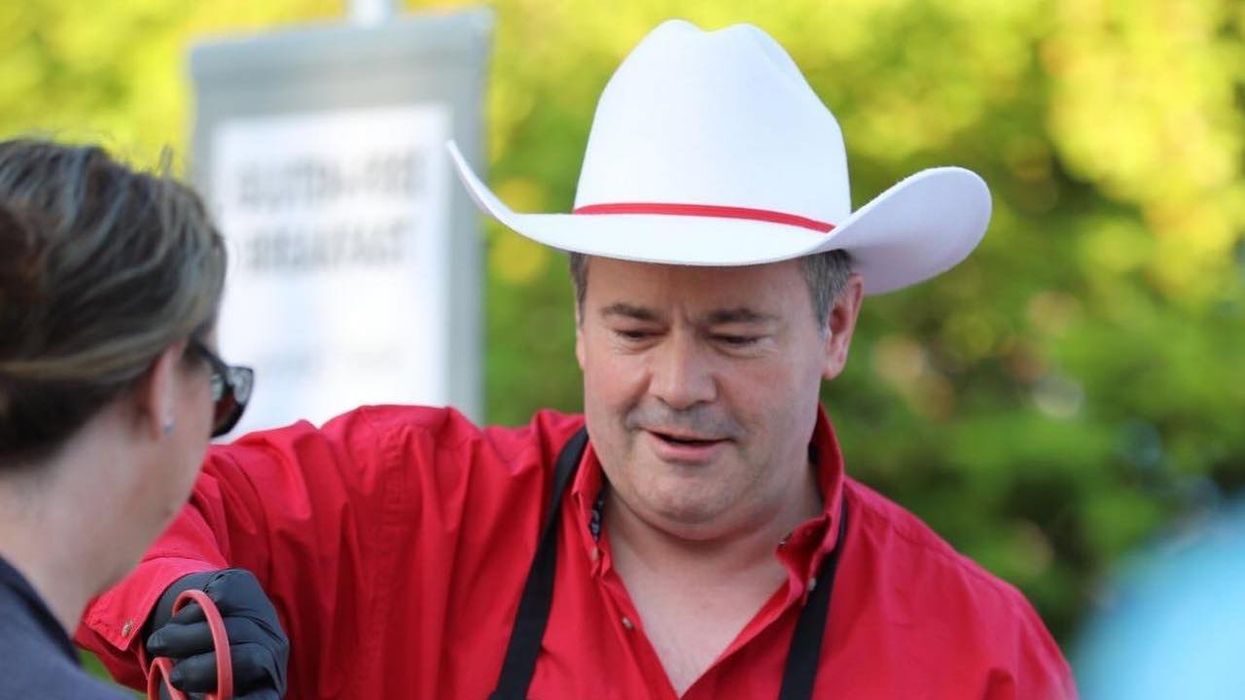 Alberta Premier Jason Kenney is heading up an inquiry on environmental groups to determine if any of them are receiving foreign funding. His United Conservative Party (UCP) has even set up a website for the inquiry where Albertans can provide information to the government regarding any of these groups.

The inquiry, which is also set to focus on "foreign interference," is accepting any information from the public about certain groups. Kenney shared the website on his Twitter account and asked Albertans to come forward with any "useful information."

The inquiry and request for information have already received criticism from other Twitter users, who took to using the hashtag #ReportAnAlbertan to both mock and call out Jason Kenney for this inquiry.

Some have jokingly reported themselves or others for things like biking, recycling, and owning solar panels. Others have compared Kenney's inquiry to the House Un-American Activities Committee, which sought to expose communists in the United States during the Cold War.

I saw someone buy some Beyond Beef and then drive off in their Tesla afterwards #ReportAnAlbertan
— Michael (@Michael)1568141346.0

@HandmaidAlberta @MimiProbably I barely turn my furnace on ever, maybe one to two times in the winter because our c… https://t.co/m6wQkhvmZ6
— Amorphous 🏒 (@Amorphous 🏒)1568139894.0

Play it cool, but I think my neighbour spotted me recycling a grocery bag. #ReportAnAlbertan
— Marty Chan (@Marty Chan)1568130470.0

Other Twitter users utilized the hashtag to take shots at certain parts of Alberta's culture, and how they choose not to take part in them. These include not owning a truck, not enjoying hockey, and voting NDP.

I must confess: I voted NDP, and I live in Westlock and do not have noisy mufflers on my truck. #ReportAnAlbertan
— John Broomhall (@John Broomhall)1568082843.0

So much attention was being drawn to the inquiry that Amnesty International Canada took notice. They issued a letter to Jason Kenney urging him to shut the inquiry down.

In the letter, Amnesty International Canada Secretary General Alex Neve wrote that the inquiry "undermine[s] and violate[s] a range of Alberta's human rights obligations, under the Canadian Charter of Rights and Freedoms and international law, including freedom of expression, freedom of association, the rights of Indigenous peoples and gender equality."

Jason Kenney told CBC News that the content of the letter was "absolutely ridiculous," and said Amnesty International Canada is "fighting to protect foreign-funded billionaires from transparency when they're funding a campaign to landlock Canadian energy."