All the M&M's made him hungry. 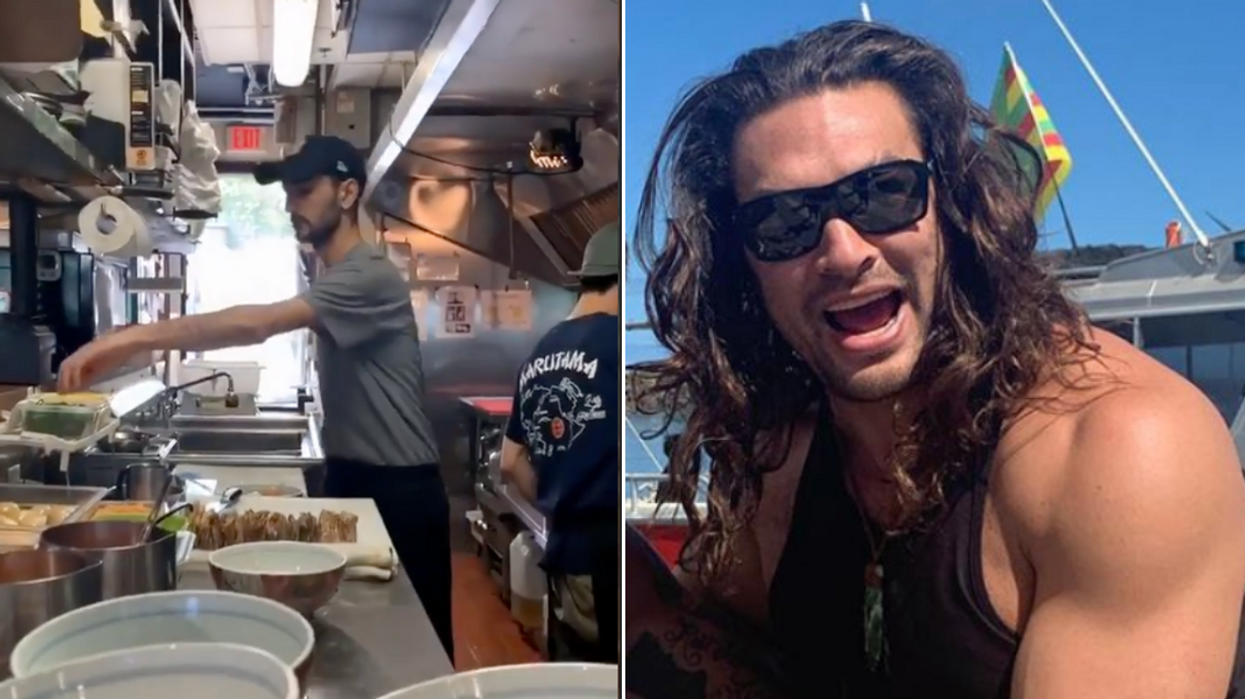 Vancouver is known for a lot of things: being polite, being really beautiful, and being the Hollywood North. However, after yesterday, it's also known for something else. Jason Momoa's mini Instagram story documentary of his time stuck in a Vancouver elevator had Canadians in tears of laughter. Although being stuck in an elevator isn't exactly something to laugh at, Momoa, his five friends, and his dog made the experience hilarious. Now, according to his Instagram stories again, Jason Momoa decided to celebrate his escape at a popular Ramen restaurant in Vancouver.

Although we saw rescuers in the form of Momoa's stunt team come and attempt to rescue them from the elevator, it was never shared with us when and how Momoa and his crew got out. We do know he spent at least 3 hours inside of the elevator.

It seems like those 3 hours of talk about who they would eat first if they had to resort to cannibalism made them extremely hungry for ramen.

Momoa also documented his whole experience inside the popular ramen spot Marutama Ra-men. From his complicated double order to the arrival of the food, he took us along for the ride.

The best part of it all? His new puppy was with him the entire time. He may have just adopted Rama but the two have gone through a lot together in the last 24 hrs.

In the past day, Jason Momoa has made us scared of elevators, cry of laughter, fall in love with his dog, and now crave ramen.  Maybe he should teach a course; "Instagram Stories With Momoa 101."