He got a little bear kiss too! 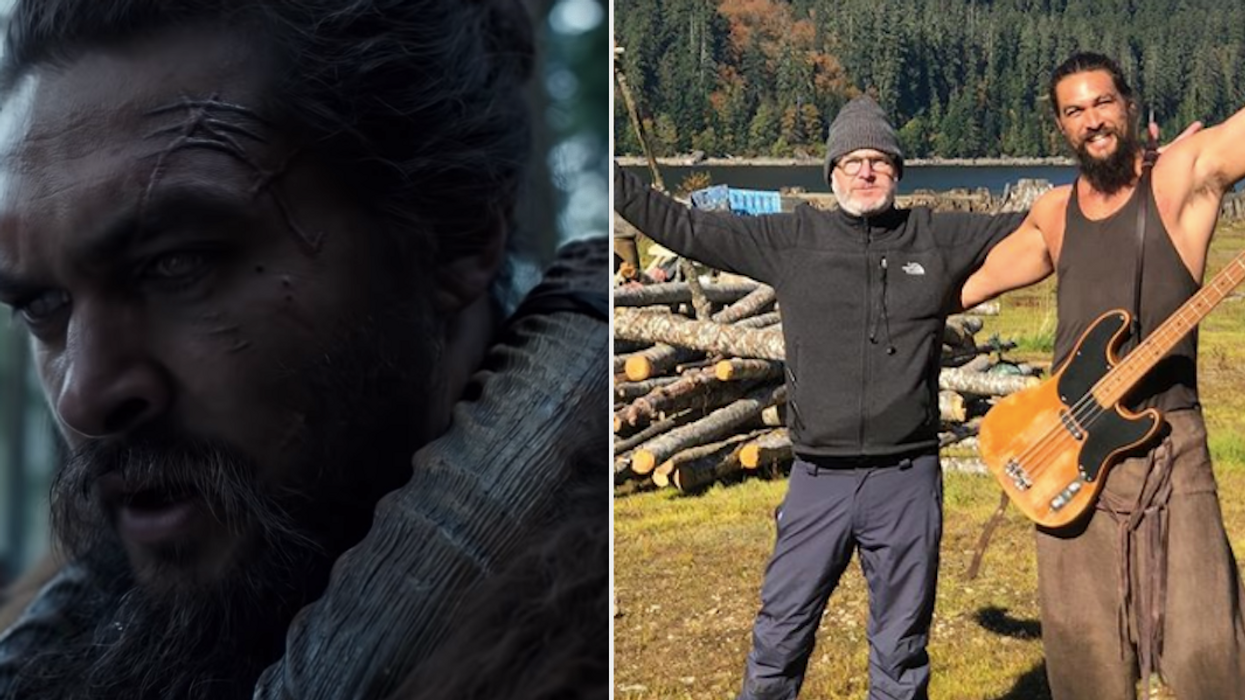 Get ready Game of Thrones fans because Khal Drogo actor Jason Momoa is back on your screens with a new TV series based on a distant future universe and the difficulties society must overcome. Momoa stars in the science fiction drama series coming to Apple TV+ and he's been filming in a very familiar Canadian city in preparation for the premiere this past weekend. Jason Momoa's new show, See, was filmed in BC and had him feed a bear an oreo with his mouth.

See is set in a dystopian future, and according to IMDb the plot is that "the human race has lost the sense of sight, and society has had to find new ways to interact, build, hunt, and to survive." All of this gets turned upside down after a pair of twins are born and they discover they have full eyesight.

Momoa plays the role of Baba Voss, father of the twins born with the rare gift of sight. It is his responsibility to protect the twins from society and especially from the queen who is dying to get ahold of them.

Check out the trailer for See below.

The first season was filmed in BC starting in September last year up until February of this year. In an interview with Apple Music's Beats 1 show, Momoa shared the details of his experience feeding a bear Lady and the Tramp style. He told host Julie Adenuga that the bear was part of the cast and there was no CGI involved. He said he "had to train to fight a grizzly bear. You’re going to watch it. It was a Kodiak bear. It stood 9-foot tall." Momoa also told her that, "once the episode comes out, I’ll put it on my Instagram, when I put a cookie in my mouth. And then he eats it up." He couldn't post the video until the show premiered, but a couple of days later he actually shared it.

Momoa's video shows him placing a vanilla Oreo in his mouth and bending down to get at eye level (more like mouth level) with the grizzly bear. As soon as he bends down, the bear chomps the Oreo out of his mouth but is surprisingly gentle and even slobbers on Momoa which he immediately wipes off.

In the caption, Momoa wrote, "The things we do for our ART. SEE. Is out. Please watch on Apple TV+. The bear needs to know your scent. So here’s my cookie kisses big guy. Love you tag. Aloha Baba Voss".

See premiered on Apple TV+ on November 1, and the first season is available to stream and enjoy.