Maybe we will get a "Friends" reboot after all! 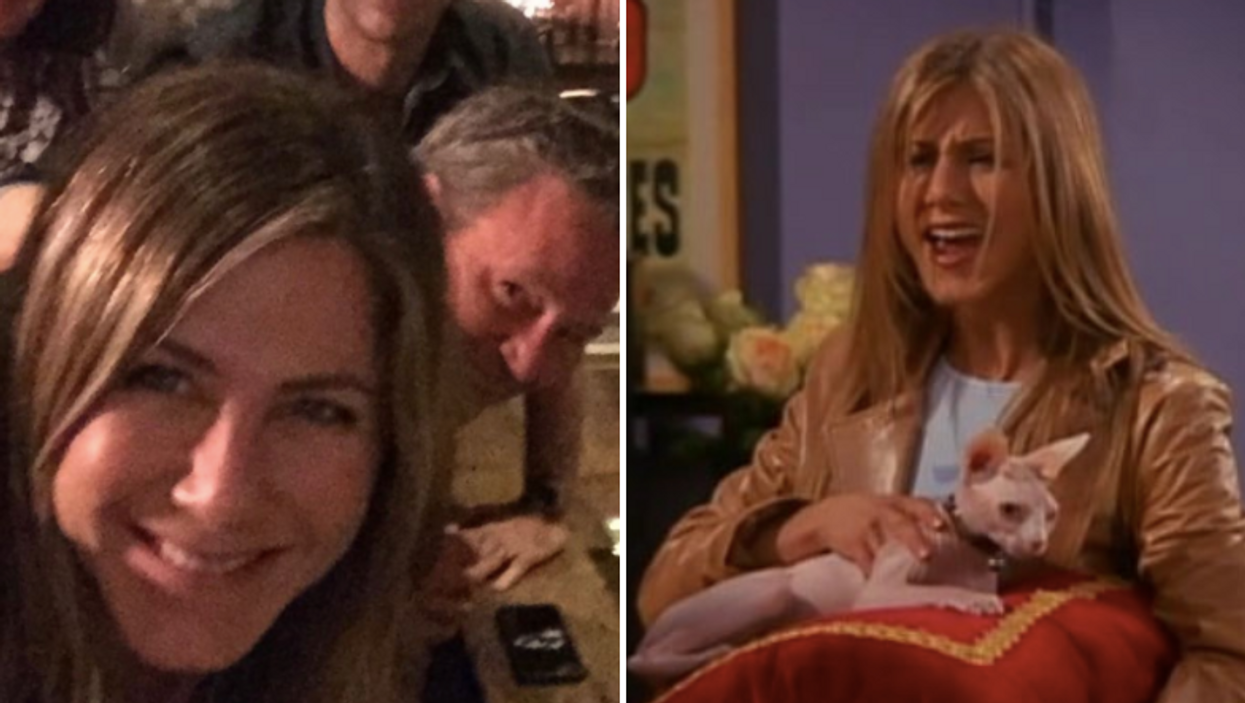 If you've ever seen the show Friends, you definitely have a favourite character. Whether it's the character you relate to the most, the one with the best liners, or the one you have the biggest crush on, at least one of those six stars has a special place in your heart - it's just a fact. Although the show ended many years ago and the cast has all gone on to star in other shows and movies, they still manage to remain pretty tight-knit, and even still make the time to get together as a group from time to time. Jennifer Aniston's first Instagram post was a Friends cast reunion.

Out of the main characters on Friends, only Matthew Perry and Jennifer Aniston have remained off of Instagram, until now, that is! While Perry is still keeping a pretty low profile, Aniston finally made an IG profile this morning, and her first post just so happened to include every one of her former co-stars.

"And now we’re Instagram FRIENDS too. HI INSTAGRAM 👋🏻", Aniston captioned the photo. She now follows all of the core Friends cast on the platform, as well as her ex-husband Justin Theroux, who she remains on good terms with.

In a recent interview with Entertainment Tonight, Aniston admitted that she was hesitant to join Instagram, but it looks like peer pressure won her over. "What you resist, persists. It’s something that is a part of our world now and it’s not going away…You can actually have a little bit more control over the narrative that’s out there. [You can] right some wrongs and some silly things that, God knows, are said often,” Aniston said on October 13.

While this simple Instagram post definitely doesn't confirm anything, it certainly re-ignites the hope that Friends will one day make a comeback. Let's be real — who wouldn't want to see Monica and Chandler together 20 years later?

Even if the fan-favourite show doesn't make a comeback, it's still heartwarming to know that the cast is just as close now as they were while filming. They really never stopped saying, "I'll be there for you."