She was responding to the outrage over Don Cherry. 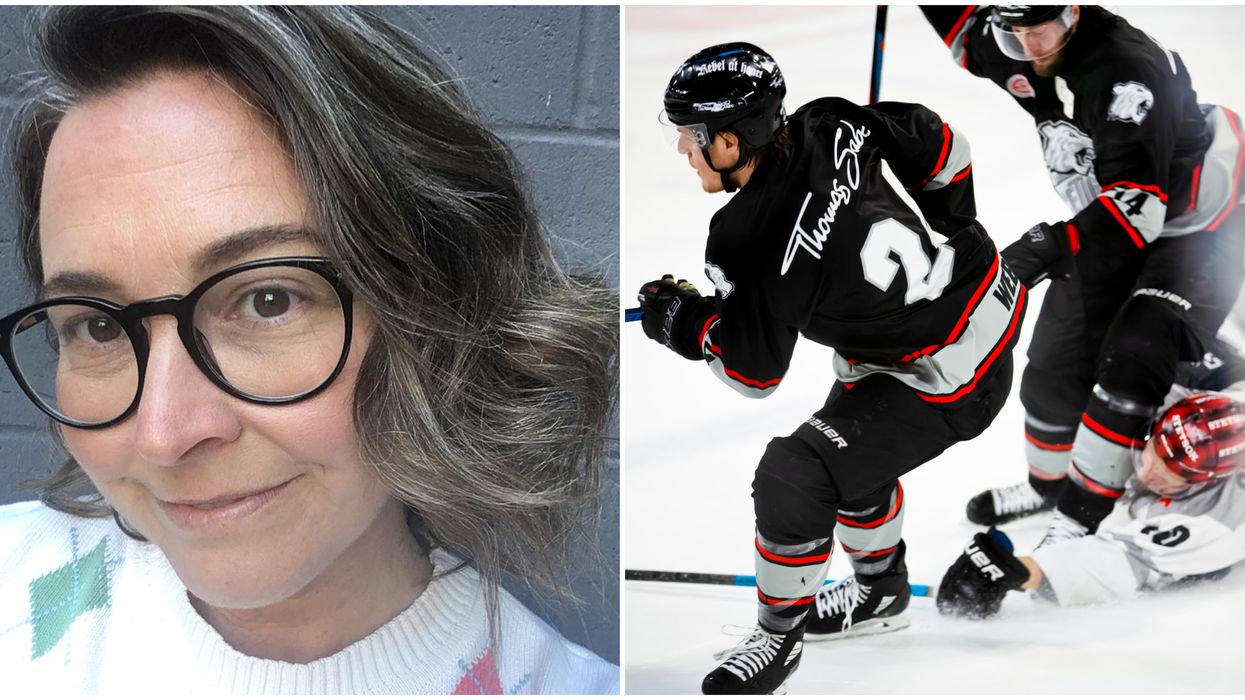 The debate over Don Cherry's firing continues to rage between fans who think he shouldn't have been fired and people who felt his comments went too far to be forgiven. Some of the attention has now been turned to a CTV host who shared her own thoughts on hockey in general. Jess Allen from The Social shared her opinions on hockey and Don Cherry. Now, Twitter users are calling for her to be fired over her comments.

During the November 12 broadcast, the subject of Don Cherry's comments about immigrants wearing poppies during Remembrance Day was brought up, and Allen jumped in to share her thoughts not just about Don Cherry, but hockey in general.

Allen said that Don Cherry being considered a Canadian icon and a symbol of hockey "struck a nerve" with her.

"I don't worship at the altar of hockey. I never have," Allen said, "and maybe it's because of where I grew up and going to a couple of different universities. There's a certain type of person in my mind, in my experience, who does."

Allen continued saying, "And they all tended to be white boys who weren't, let's say, very nice. They were not generally thoughtful. They were often bullies."

Allen continued by pointing out that it can cost a lot of money to sign a kid up for junior hockey, saying, "Their parents were able to afford to put them, you know, spend $5,000 a year on minor hockey." Allen suggests that the money would be better suited to travelling and learning about the world.

She concluded her statements saying that Don Cherry is a "representative" of the type of person that Allen is talking about. Allen acknowledged that Cherry has "done some good things" but added, "Whether he's charming or not, but he's still a bigot and a misogynist."

Don Cherry has denied that he was talking about immigrants during his rant about wearing poppies on Remembrance Day.

"I find it embarrassing that there's a big chunk of the country that is so upset about this. Hockey doesn't mean anything to me, I'm sorry," Allen concluded.

After the segment aired, people on Twitter immediately began calling for Jess Allen to be fired, particularly for generalizing hockey players and singling out "white boys."

"And here’s the double standard. The use of “white boy” is ok but “you people” isn’t. #FireJessAllen," wrote @DarylFransoo.

"@TheSocialCTV will sit back and do nothing. Because everyone knows you can be racist towards white people with no consequences. Free speech is free speech until you mention people of colour. #FireJessAllen #freespeech," wrote @sallytoodix.

Allen even responded to some of the tweets calling for her to be fired.

@TheSocialCTV will sit back and do nothing. Because everyone knows you can be racist towards white people with no c… https://t.co/1HkIq5a7wa
— Sally Toodix (@Sally Toodix)1573661991.0

Shows like @TheSocialCTV spread bigotry and divisiveness more than anything else on TV. Now #hockey families are th… https://t.co/3IGJkNshIn
— Bruce Holmquist (@Bruce Holmquist)1573645593.0

We are not rich and my kids are not bullies. Thanks for insulting my children who love to play Canada’s favourite sport #FireJessAllen
— kelly Crombie (@kelly Crombie)1573654984.0

Disgusting racist, sexist comments by a nobody on a CDN network.Complete hypocrisy at its finest. Don Cherry NVR sa… https://t.co/S0WwQlOUT4
— Maleia (@Maleia)1573635687.0

@IanMcfatridge @TheSocialCTV This is what happens when someone assumes they know what they are talking about, but d… https://t.co/tAfkN1ks0u
— ian moore (@ian moore)1573652255.0

Everyone knows @TheSocialCTV is shitty Canadian TV, and they should all be fired, but @jessieraeallen really is the… https://t.co/SlUUfO1T0s
— Jennifer (@Jennifer)1573623240.0

@TheSocialCTV Jess should be fire for talking about “white boys” and “we don’t appreciate learning about the world… https://t.co/1sshoDGFHk
— Cindy May Day👽 (@Cindy May Day👽)1573622652.0

Other Twitter users used the hashtag to defend what Allen had to say on The Social.

"Anyone who supports this stupid hashtag is a white, entitled moron who probably supports DC. WHAT Jess said is totally right. Y’all can’t be claiming reverse racism when someone’s comments hit a lil too close to home #FireJessAllen," wrote @bestoftiana.

"Fact: majority of hockey players ARE white.Fact: majority of them come from white privileged familiesFact: #FireJessAllen tweeters are the SAME KIND OF PEOPLE SHE IS TALKING ABOUTFact: that was not reverse racism. You do not get to claim racism when you are the oppressor," wrote @Chantellectual.

Anyone who supports this stupid hashtag is a white, entitled moron who probably supports DC. WHAT Jess said is tota… https://t.co/6hWrU7kXHK
— tiana⁷🤧 (@tiana⁷🤧)1573662975.0

#FireJessAllen oh no white girl said things about white people that every person who is not white already knows. Wa… https://t.co/taMDpHlHku
— Doojobbie (@Doojobbie)1573646302.0

It would seem that #FireJessAllen is trending because idiots think that a woman discussing her own specific experie… https://t.co/BguYzBLOcR
— Dead Sea Squirrel (@Dead Sea Squirrel)1573654363.0

Don Cherry was fired from Sportsnet after his divisive remarks. Luckily, he's been offered a job by a Russian hockey team.