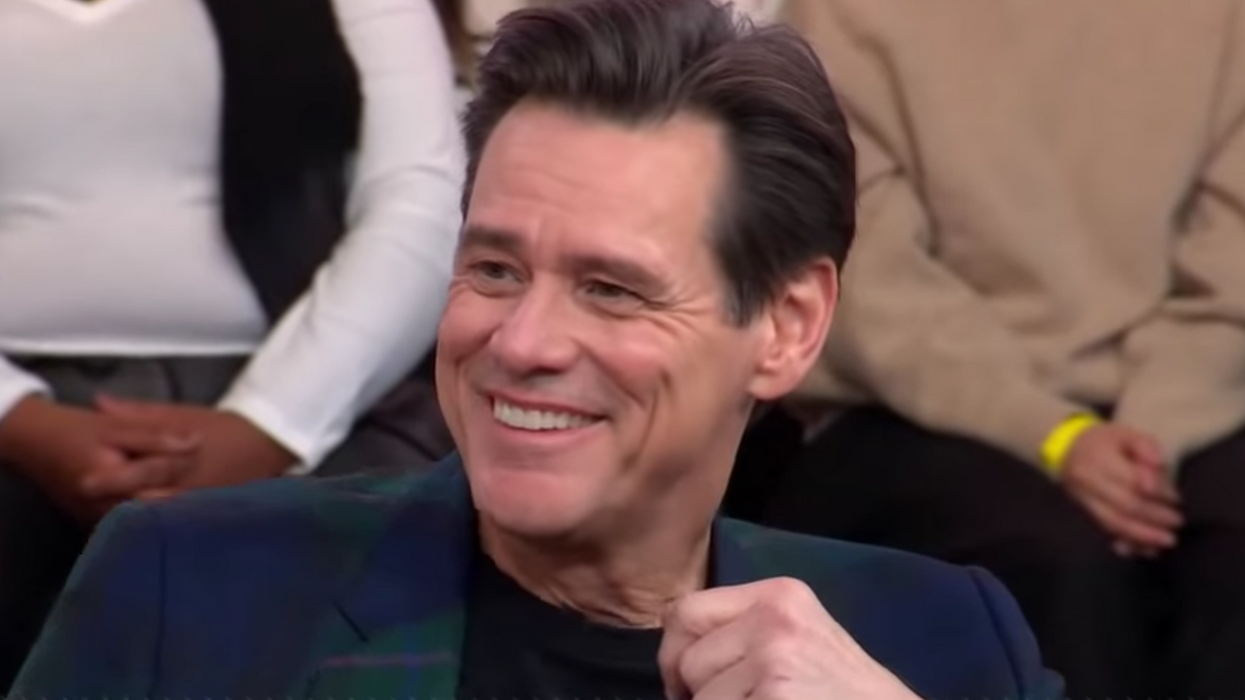 On Tuesday morning, Jim Carrey’s Good Morning America interview proved just how goofy the Canadian actor really is. After being introduced by the host, Michael Strahan, Carrey not only serenaded him but also challenged the former NFLer to a quick game of football.

While some of us struggle to wake up in the morning, Carrey seemed loaded with energy for his GMA appearance. “Strahan, take it easy,” he sung to the host in the tune of Foghat’s “Slow Ride.”

If that wasn’t odd enough, The Mask actor then hopped out of his seat, crouching as if he was about to snap a football. “Come on, man. Let’s see if you still got it,” Carrey joked to Strahan.

“I don’t want it. I’m afraid. I don’t, trust me,” the former defensive end replied.

The interview then proceeded as normal, but it wasn’t long before the Canadian funnyman struck again, interrupting Strahan’s introduction to bring up the recent Iowa Caucuses.

After his last joke, the 58-year-old finally settled down and readied himself to take the host’s questions seriously. First up, they chatted about the actor’s most recent project, Sonic the Hedgehog.

In the upcoming movie, Carrey is playing the role of the evil Dr. Robotnik. He told Strahan that his involvement in the movie has led him to play the ‘90s video game with his 9-year-old grandson.

“We’ve been gaming together, but I’m not motivated to win; that’s the trouble. He can beat me because I’m Robotnik and whenever I get the controls I just throw that character down on the spikes immediately. I have no motivation to win whatsoever.”

Carrey threw in a few more jokes throughout the interview, talking into the host's microphone when his stopped working and dancing with a young fan.

“You’re fun man, I could do this all day long,” Strahan told the actor at the end of the interview. “I think we all could, I feel like I’m getting a private show.”

If you want more of the Canadian star in your life, be sure to check out Sonic the Hedgehog in theatres on February 14.