Anything for the 'gram! 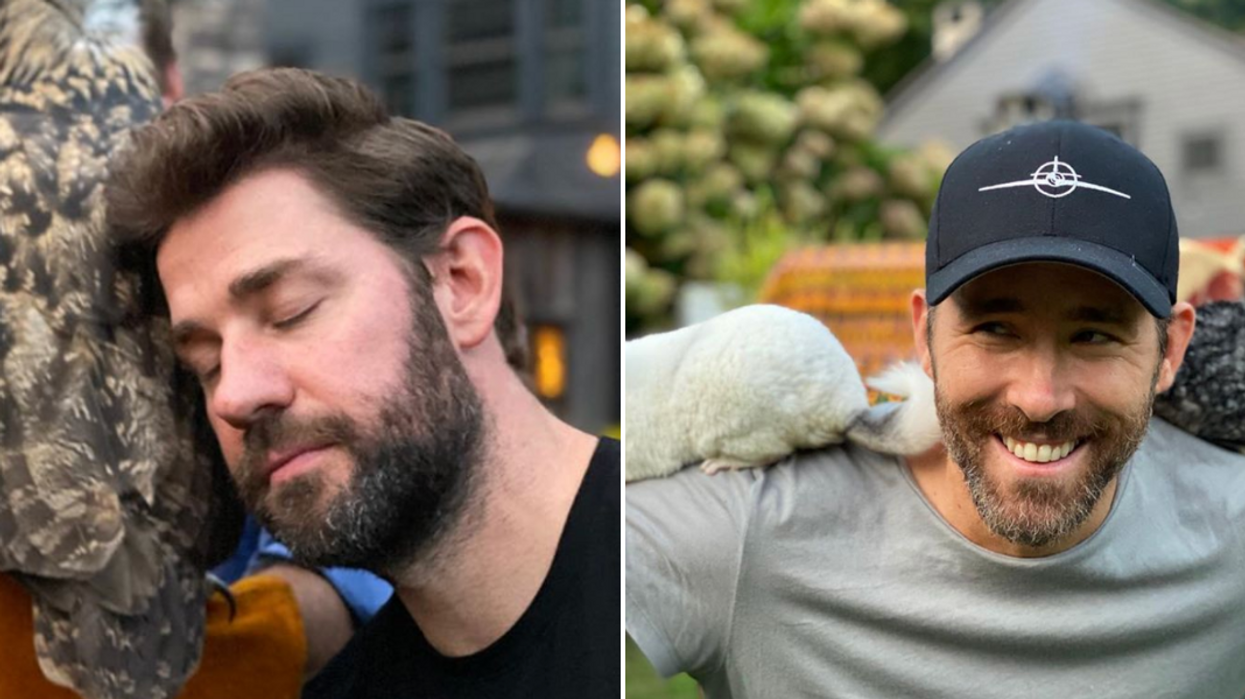 Anything for the 'gram! Apparently, John Krasinski and Ryan Reynolds spent some quality time “partying“ together. The Office alum spilled all the details on their birthday party bromance during his appearance on The Late Show with Stephen Colbert this past Monday.

The two actors will be starring alongside one another in the upcoming comedy Imaginary Friends, but Krasinski recalled a time the two partied off set together at Reynolds’s daughter’s birthday.

Taking the audience back to September, the 40-year-old actor fondly remembered the animal-themed extravaganza the Reynolds hosted with a photo Ryan had shared on Instagram.

The pair documented the moment they got up close and personal not just with one another but with an owl that was getting shunned by children at the party, “There were animals. The kids saw a chinchilla and exploded. So, then all the other animals weren't being played with and there was the owl. And Ryan and I went and nuzzled it.”

The talk-show host was astounded that the two were able to snap the Instagram photo without worrying about getting scratched. However, Krasinski admitted their interaction didn’t come without warning.

Describing themselves as “12-year-olds” he admitted to asking the animal handler “Could it scratch our eyeballs out?” with the employee warning them, “Definitely. You should move away.”

But according to the actor, the two shared a laugh and moved in closer anyway.

He jokingly attributed their success with the animal to "giving off a very loving male energy” that the owl was “digging.”

The Instagram story Reynolds shared of the three was captioned “I even got to feed him out of my hand after the enormous owl left.” Krasinski later reposted it and wrote, “Thank you for always being so gentle…”

Krasinski and Reynolds are both set to star in a new Paramount film Imaginary Friends that is currently in development according to IMDb.

For more Krasinski content, you can check his directorial project A Quiet Place 2 starring his wife Emily Blunt in theatres March 20.