After partying for Drake's 30th birthday John Mayer decided it was time to sober up. 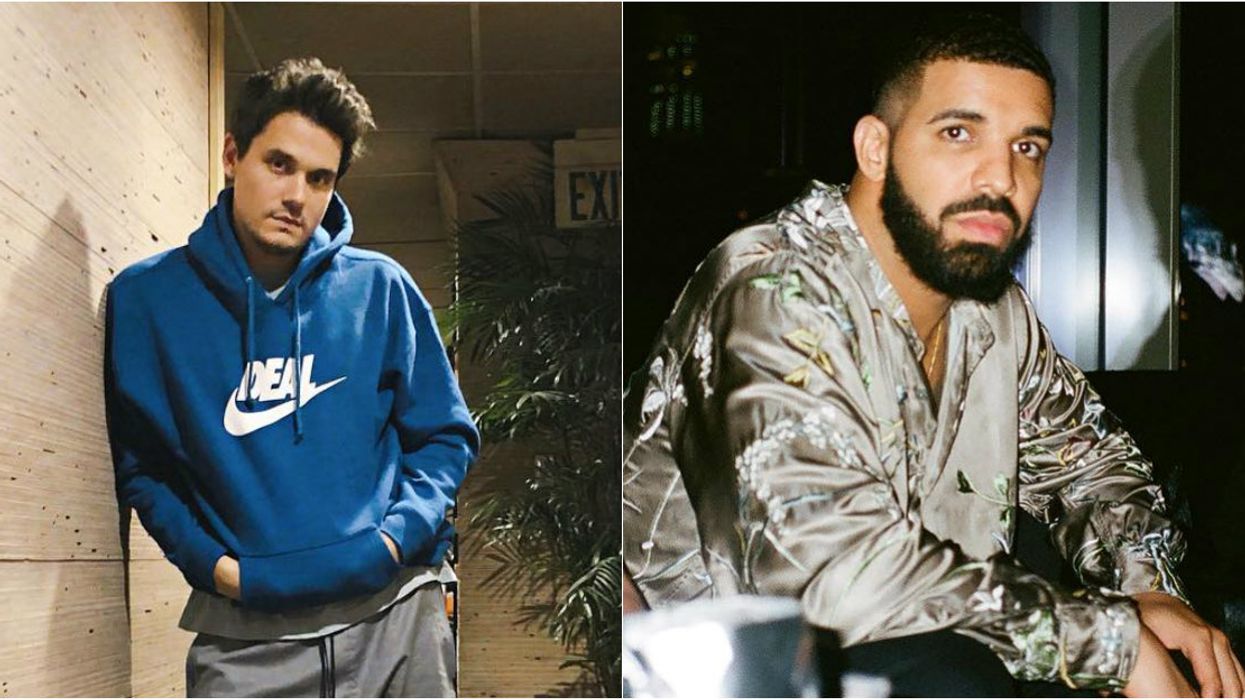 Everyone has been to the point of hungover that they mutter the words "I'll never drink again" but John Mayer actually stuck to that promise. In October of 2017, John Mayer announced that he had been sober of alcohol for one year and now he has revealed that his decision to quit drinking has a Canadian connection.

In a recent interview for a cover story for Complex, the American singer revealed that partying with Drake was what got him to his tipping point. After being hung over for six days after the Canadian musician's birthday back in 2016, Mayer decided it was time to sober up.

Both of my loves, John Mayer and Drake, in a picture together..... Heaven on earth. pic.twitter.com/f78wjm27

Mayer explained that during his last night of drinking, he made a fool of himself at Drake's 30th birthday party and that partying was becoming a routine. He shared to Complex , " I was in my sixth day of the hangover. That’s how big the hangover was. I looked out the window and I went, “OK, John, what percentage of your potential would you like to have?"

READ ALSO: We Know Who Meghan Markle And Prince Harry Will Name As Godmother Of Their Baby And She’s Canadian

Mayer goes on to explain that while some people can handle a 60/40 balance of work and fun, he was someone who wants to be the best which requires 100% of his focus. He said, "That next year, I did four tours, I was in two bands, I was happy on airplanes. So what happens when you stop drinking? The level feels like boredom at first. But if you stick with it, the line straightens out and it goes kind of low. You’re like, “Oh, I’m not having these high highs." But if you work, you can bring the whole line up."

While it may seem surprising that Drake and Mayer run in the same circles, they have actually been friends since 2012. Most recently, they both helped co-write songs earlier this year on Travis Scott's latest album "Astroworld", which he and girlfriend Kylie Jenner are currently on tour for.

Mayer may have a really interesting story about making the choice to get sober but during his Complex interview, he also explained that actively not drinking is hard due to the peer pressure we all face on social media. He stated that "every Friday and Saturday, on social media, there is enabling going on for drinking. What if I woke up every morning on Saturday and Sunday and put my feet on the ground and I just went “not hungover” and put it on social media every day? That would be an influence on people because I think you forget that’s an option."

READ ALSO: Fans Are Convinced That Selena Gomez Used This Hack To Replace Drake As The Most Streamed Artist Ever

Alcohol may no longer be in Mayer's fridge but he did explain in 2017 that smoking weed was still one way he liked to relieve stress.

Considering that partying is exceptionally normalized in today's world, it's refreshing to hear how Mayer is using his sobriety to help channel his creative side.

READ ALSO: Drake Attempting To Flirt With A Girl Via Instagram Live Is The Most Awkward Thing We’ve Seen All Week

While Mayer may no longer drink, we know that our fellow Canadian Drake has never been afraid of having a cold drink after a long day. That being said, it's nice to hear that while Mayer's partying days are over, he can still make beautiful music with the artists we all love today.