Maybe one day we can afford this. 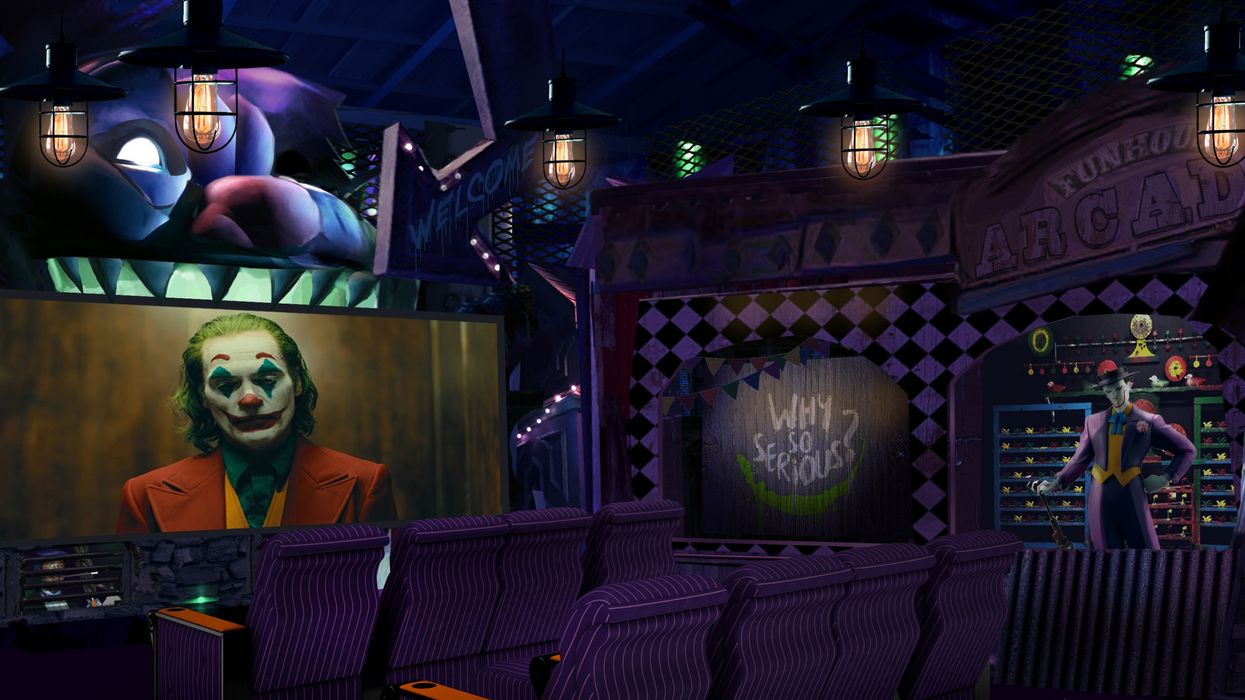 So you think you’re a DC fan? Probably not as much as this homeowner. A DC superfan decided to build a Joker-themed home theatre for $1.5 million thanks to the help of a B.C. company. The Joker home theatre room is totally insane and we are all low key jealous it isn’t ours.

Elite Home Theatre Seating, a company based out of B.C. focuses on creating unique and high-quality home theatre chairs. According to the company, all chairs are designed and manufactured in Cloverdale.

According to a press release, the new state of the art home theatre was designed around the highly anticipated Joker movie; in theatres this weekend. The $1.5 million home theatre was originally designed for a client in San Francisco.

The design renderings for the soon to be completed theatre look amazing. Plus, who doesn't love Batman? From unique furniture to insane graphs and displays, this theatre is very comic books fans dream. This creator was no small feat but apparently, it isn’t even the first time Elite has taken on a superfans dream like this.

According to the press release, Elite’s CEO Bobby Bala has an extensive background in CG animation and film. Given his skills and his unique team, he was about to create a fully immersive Joker-inspired home theatre.

While it was designed just in time for the October 4, 2019 release of Joker, it also pays homage to the DC comic world in general.

“I’m a huge movie geek. With the bulk of my experience being in Visual FX, I leveraged those skills to design custom home theatre seating and themed cinema rooms for our clients. Our Batman room was such a success, we wanted to push the boundaries even further for the Joker inspired room,” says Bala.

In the renderings, you can see the theatre chairs have been made with the classic purple fabric we know and recognize from the Joker’s suit. There are a number of pictures on the walls including one with the classic quote “why so serious?”

In the back are stills from the old Batman show; giving it a more sinister feel.

But these are only a few features. An animatronic Harley Quinn, life-size Batman and Robin, and customizable lighting features are also in the theatre.

The best part is that guests have to enter either through a carnival-inspired arcade, or “via the subterranean roller coaster circuit.” This means that yes, this place does have a roller coaster.

This home theatre is obviously one of a kind but it isn't the first time the team has designed a DC-themed theatre. According to Elite, the team once created a Batman theatre which was valued at $2 million.

This epic place is stationed in a Connecticut home and features a custom Batmobile inspire home theatre where guests have to enter through a secret door.

Unless you are the homeowner in San Francisco with the Joker-themed home theatre, the closest we are going to get to this is by watching the fake Bat Signal illuminate the skies of Vancouver.

But you have to admit, this is the perfect place to watch a scary movie in. If all else fails, you can always watch Joker premier at this B.C. drive-in theatre.