It's about time they have one! 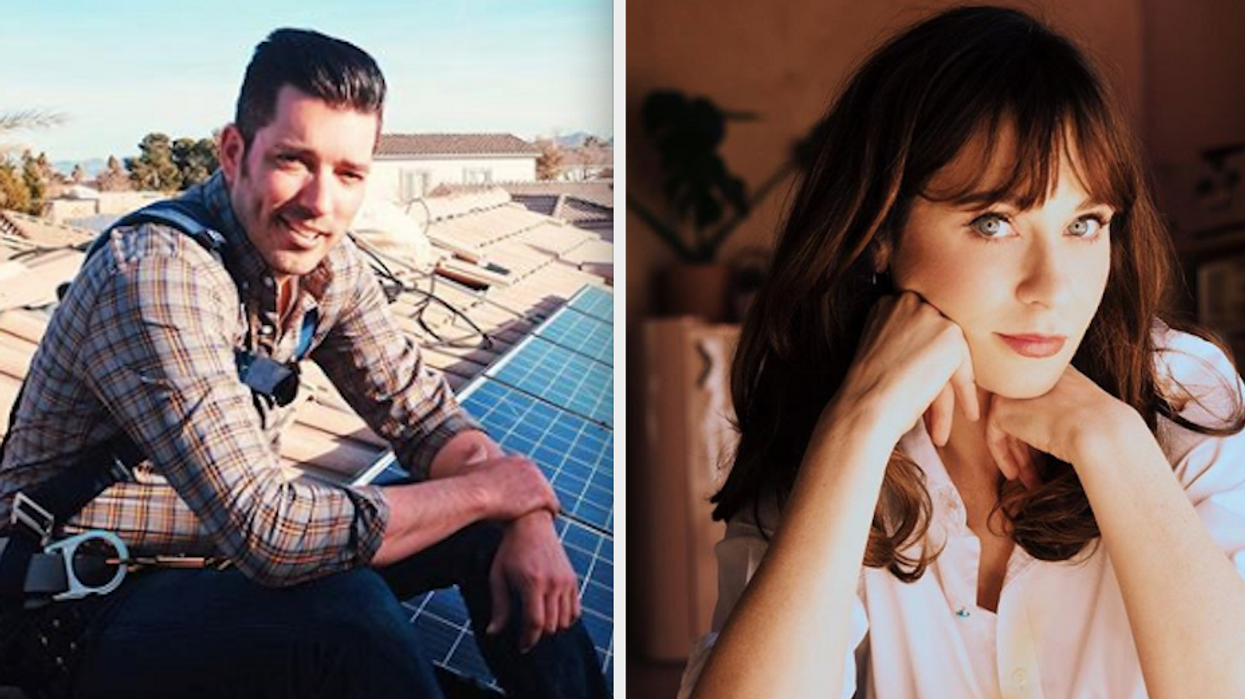 For the past three months, it seems like everyone has been totally invested in Jonathan Scott and Zooey Deschanel's steamy new relationship. From officially attending their first event as a couple to going Christmas carolling with his family together, we've seen their romance blossom. There's now one more thing we learned about them and that's Jonathan Scott & Zooey Deschanel’s couple name is adorable but hard to pronounce.

E! News shared the computer-generated name with Scott at a Jaguar event for his new documentary.

They asked him what his best guess could be and he said "Zooanathan?"

However, that wasn't correct and they declared Scott and Deschanel's official couple name, according to a computer, is "Jonaooey".

We'll give you a second to try to figure out how to pronounce that.

There are tons of creative variations you can make out of the two celeb's names, and it's pretty surprising that the internet hadn't come up with one before now.

The couple met in August and started dating in September which was soon after Deschanel's divorce from Jacob Pechenik who she shares two children with.

Scott was also interviewed by Hollywood Life at the Jaguar event where he was asked to describe his perfect date night.

He told them, "I would probably start off by going somewhere, driving to a park, and doing a picnic. Then, I would go off, and I would do an escape room, and since I am a big cornball, I love watching the sunset. So, something like that as well."

That doesn't sound much like the scary Halloween date the couple went on with Scott's brother Drew and his wife Linda.

He hinted that he recently went on the corny sunset date with Deschanel, and we can only imagine what other incredibly adorable date nights Scott has come up with over the past few months.

Scott also mentioned that he prefers going out and doing stuff because he doesn't watch TV. Which is ironic considering how he and his brother are the construction kings of HGTV Canada.

If you've been secretly brainstorming couple names for Scott and Deschanel, how does their official name compare to what you've come up with?