"Every time I hear you sing I fall in love with you all over again!" 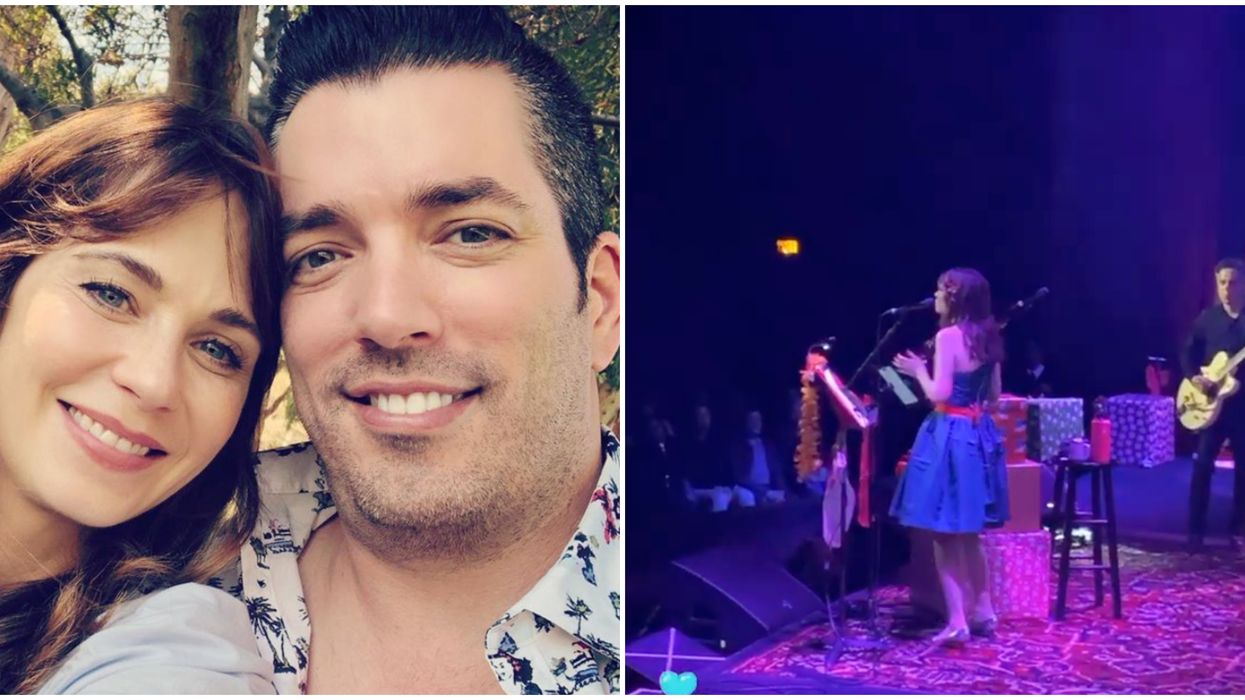 When looking for a boyfriend, there are a few very important things to consider — is he kind? Is he hardworking? Does he love his family? Can he take great photos of you for your Instagram feed? If you answered yes to all those questions, then you may just wind up in something that looks a lot like Jonathan Scott and Zooey Deschanel's relationship.

If you follow Mr. Silver Scott on Instagram, then you may have noticed that as of late, he's been feeling extra mushy.

Scott has admitted in the past to Us Weekly that he's a pretty private person, but more recently he's been very public about his relationship.

Scott and Deschanel began dating a few months back after they met filming an episode of James Cordon's Carpool Karaoke.

The celebrity duo bonded over their love of things like music and their close-knit families.

Some relationships tend to fizzle out after the first few months, but Deschanel and Scott still seem to be riding the high.

The pair took a trip to Vegas together, spent Thanksgiving together, and most recently, Scott has been following Deschanel on her She & Him Christmas tour.

While hanging out backstage, Scott proves himself to be the perfect Instagram boyfriend, snapping plenty of photos and videos of his girlfriend.

"Every time I hear you sing I fall in love with you all over again," the Property Brothers star wrote on his Instagram Stories last night.

He also snapped a selfie backstage, captioning it, "Supportin my girl. 🥰  Thank you Oakland for supporting @sheandhim. LA...you’re next. #melekalikimaka 🎄," proving that he really is the ultimate Instagram boyfriend.

At another recent show, Scott even came out on stage to surprise Deschanel, belting out a line of "Little Saint Nick" before kissing her on the cheek and heading back off stage.

Deschanel and Scott's relationship was definitely very unexpected, but from the looks of things, the pair is incredibly happy together and very much in love.

"Simply a perfect date night. From the @timburton exhibit at @theneonmuseumlasvegas to @jerryseinfeld at @caesarspalace. Such a wonderful time ❤️ 😊," he captioned the above photo from their trip to Vegas together.

The holiday season is only just beginning, and since the couple is going to be spending a very romantic holiday together, be ready for some super sappy Instagram posts.