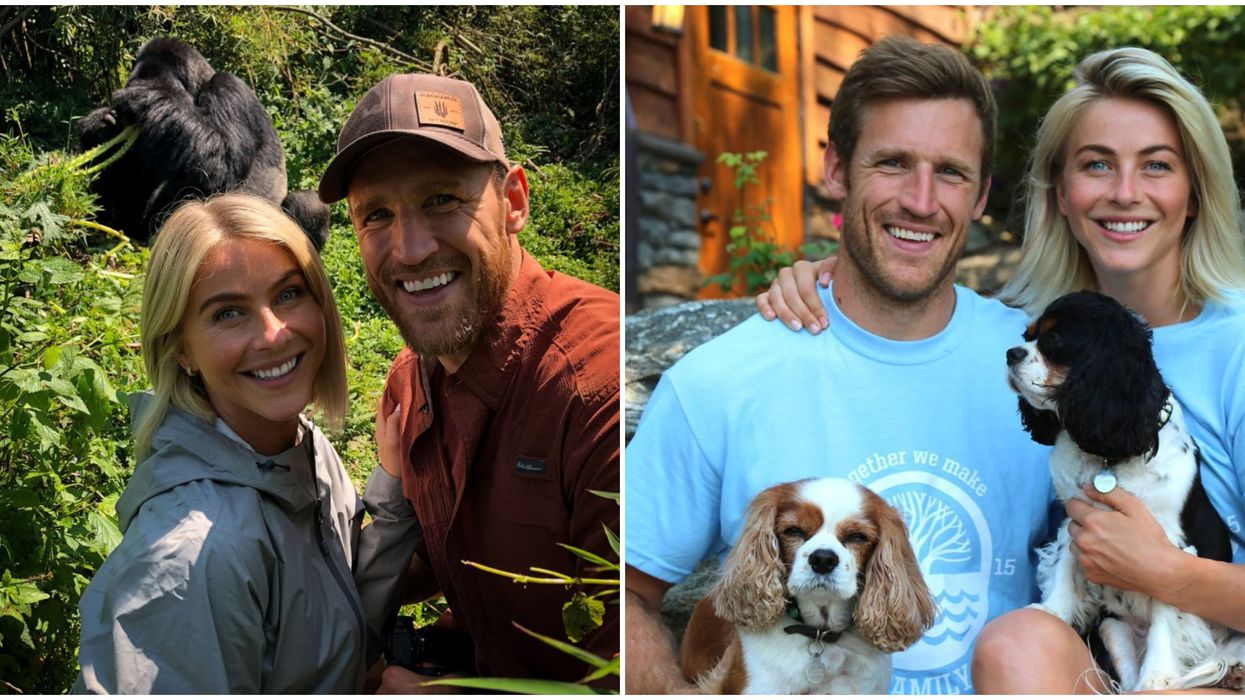 If you've been scrolling through social media today, you may have heard the news about Julianne Hough's husband, Brooks Laich and his most recent Instagram post that's been spreading breakup rumours like wildfire.

Laich and Hough have been together since 2014 and married since 2017. The former Dancing with the Stars judge has developed a pretty massive fan base over the years, but a lot of people have been wondering exactly who her heartthrob of a husband is.

Here are some things that you definitely need to know about the former Canadian NHL star:

He was born in Wawota, Saskatchewan

Laich was born on June 23, 1983, in the very small town of Wawota. He began playing minor hockey there and during the 1999-2000 season, he was the top scorer and MVP for the midget AAA Tisdale Trojans, according to the Hockey Hall of Fame.

He's played for both Canadian and American NHL teams

Throughout his career, Laich has played for several NHL teams. He was first drafted to the Ottawa Senators in 2003 but was later drafted to the Washington Capitals.

After a relatively successful few years playing for the Capitals, the Saskatchewan born athlete found himself traded to the Toronto Maple Leafs during the 2015-16 season, which just so happened to be his favourite team as a young boy.

Laich then spent some time as a free agent and briefly played for the Los Angeles Kings, but in 2017 the athlete and team came to a mutual agreement to terminate his contract.

He met his wife through their mutual friend, Teddy Sears

Back in 2016, Hough told Cosmopolitan that she met her then-fiance through her co-star, Teddy Sears.

"Six years prior, Teddy Sears, my co-star, tried to invite Brooks — who was a good friend of his — to visit him in L.A. Brooks, who knows nothing about pop culture, joked, 'What are you going to do — hook me up with that Juicy Fruit starlet?' He'd seen the commercial and was like, 'Where do I meet a girl like that?' I was the girl in the commercial! Teddy remembered that comment and texted Brooks, 'You're never going to guess who I'm doing a movie with.'", Hough told Cosmo.

He has an adorable husky named Koda

If you take one look through Laich's Instagram, one thing you'll definitely notice (apart from his stunning good looks, that is) would be his adorable husky, Koda.

He regularly posts snaps of him and the dog, and says that Koda often joins him for his daily workouts — talk about man's best friend!

When he's not playing sports, Laich dabbles in the arts

According to one of his most recent Instagram posts, the former NHLer is spending plenty of time getting in touch with his artsy side in 2020.

"Lately I’ve been reading a lot, colouring intricate mandalas, listening to instrumental music, dancing, and I’ve even started singing in church. Probably not the stuff you would envision me doing, and I’m right there with you. But I love it, and I’m not going to stop - I’m going to embrace it for what it is at this moment," Laich wrote in a heartfelt Instagram post.

He has a podcast with American singer Gavin DeGraw

It seems like just about everyone has gotten into podcasting these days, and Laich is no exception. The 36-year old has teamed up with Gavin DeGraw to create "How Men Think", a weekly pod that explores everything from sex education to marriage and divorce.