There are more Canadians in Hollywood than you think. 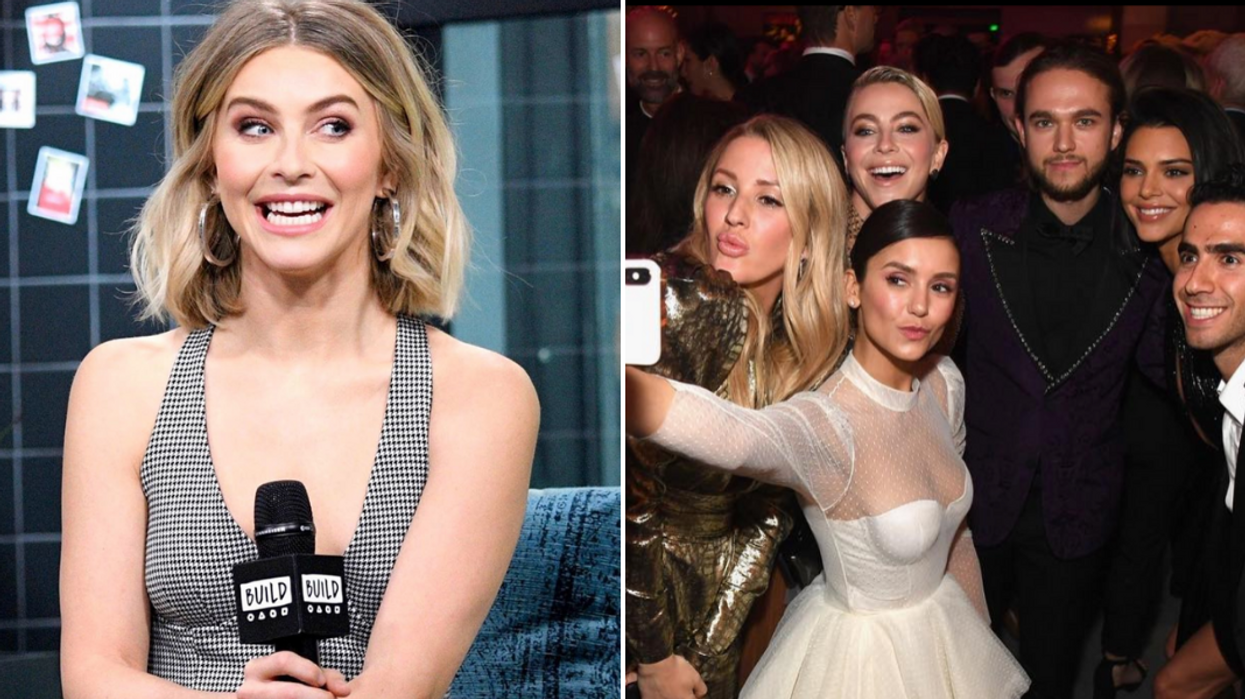 For years this dancer, singer, and actress has been spreading her light, positivity, and talent on shows like Dancing with the Stars, and Americas Got Talent. Her rise in Hollywood came quickly, but luckily she was able to make some long-lasting relationships that are still thriving 6 years later. Two of those relationships happen to be with her husband and best friend who also have something special in common... they're both from Canada. Julianne Hough's husband Brooks Laich isn't the only Canadian she's gotten close with over the years.

Laich, an NHL hockey player born in Saskatchewan, was introduced to Hough through a fellow actor she worked with on a movie. However, she was also introduced to another Canadian through a mutual connection.

Toronto native, Nina Dobrev also plays a huge role in Hough's life. They frequent each other's Instagram feeds quite often and spend vacations together in iconic places like Australia.

Dobrev got her rise to fame on the hit Canadian show Degrassi where she starred alongside Drake. She then embarked on a journey to Atlanta where she gained international attention for her role as Elena Gilbert on The Vampire Diaries.

Their friendship is all thanks to their hairdresser Riwana in Los Angeles who "set them up."

Back in 2018, the pair did an interview and photoshoot with People Magazine discussing how close they've become and how well they click.

They're so close that Dobrev has an ongoing joke that she's actually Laich and Hough's child, “I have asked Julianne and Brooks to formally adopt me,” she says. “And luckily they said yes, so here we are.”

All jokes aside, the BFFs have revealed, "it feels like we met when we were 2 years old."

When they're together they've explained themselves as "goofy" and people who just like to laugh and "hang out."

Dobrev pulled out the big cards for this interview calling Hough a "positive, awesome person" who has "infectious energy that you just want to be around."

The Utah native chimed in with her own compliments comparing their friendship to "ying and yang."

Like any friendship, they have also been through some tough times but were always supportive of each other.

Just a few months back, Dobrev was hospitalized for a severe allergic reaction. Giving an update to fans, explaining to them not to worry, she attributed part of her recovery to her best friend, "Jules was with me and the doctors at Cedars were AMAZING so back at home now, and I'm OK."

It's good to know how supportive of each other these celebs are. If the speculation of marriage trouble between Hough and Laich are true, the Americas Got Talent judge may need more support than ever before from her Canadian BFF.