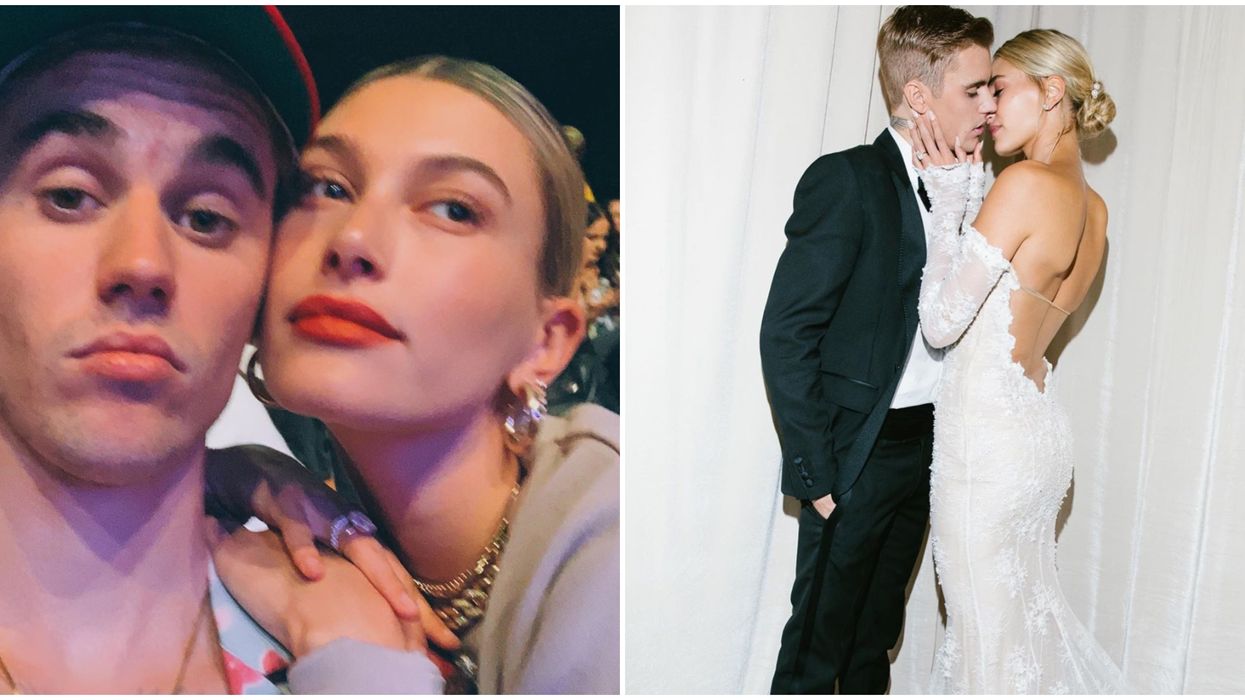 Is there really anything better than seeing two people in love? Whether it's your parents, your best friends, a random couple in front of you at the grocery store, or even a celebrity, there's just something so wonderful about seeing two people so happy together. You may not have plans to walk down the aisle anytime soon, but as you head into your 20s and beyond, you'll definitely witness a good number of weddings, whether you're there in person, or gawking via social media. Justin & Hailey Bieber's wedding photos will have you dying to get married.

If you've been a Bieber fan since he dropped "One Time" way back in the day, you may have been a little bit disappointed when he announced his engagement to American model Hailey Baldwin. The duo has been friends for years, and have been romantically linked in the bast, but after a brief return to Selena Gomez, Bieber decided that Baldwin was the woman he wanted to spend the rest of his life with.

Bieber and Baldwin eloped in a surprise, low-key ceremony over a year ago, but they decided that they also wanted to have a second wedding that would include their family and celebrity friends.

Much like the first ceremony, the second one was pretty well kept out of the public eye. Only 150 guests were invited to the beautiful South Carolina event, including Canadian singer, Daniel Caesar, who performed a few of his catchy love ballads for the couple.

For the most part, photos from the big night have been limited to what the Bieber's post, but the couple's wedding planner has finally given us an insiders look at her masterpiece via Instagram.

Mindy Weiss, who is the brains behind so many of those extravagant Kardashian-Jenner parties that you see, was also responsible for the wedding and based on the few photos we've seen, she did an amazing job.

The first photo in the above carousel shows the happy couple, but the second photo shows a candlelit dinner table with beautiful greenery hanging above it - the whole thing looks like something out of a fairytale, which is exactly the kind of wedding so many of us dream of.

Since the wedding, the couple seems to be in very good spirits. They've discussed the possibility of having kids before, but for now, it looks like they're sticking with fur babies. They have two kittens, Sushi and Tuna, and a puppy named Oscar, all of whom they love to show off on IG.