They can't keep their hands to themselves! 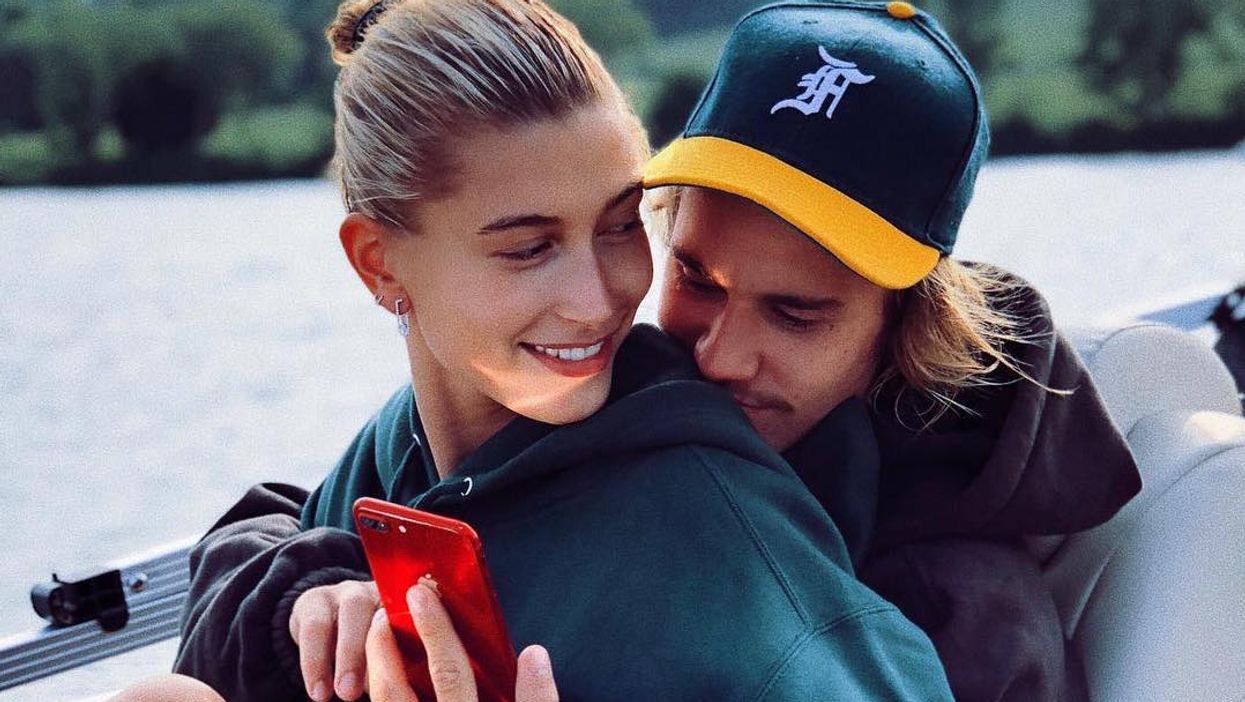 Not only were they seen there, but they definitely made it known that they were there. Fans caught videos of the two cuddling, Hailey supporting her husband by giving him a back rub, and so much more. This definitely took the stress off of Justin, whose team lost to the Boston Bruins.

While the game itself wasn't in Toronto, the two had a cute date night in Boston. From Hailey's Instagram stories, it also looks like the two brought their cute little dog, Oliver along for the trip!

Hailey and Justin have been traveling a ton lately. They recently got back from being at weekend one and two of Coachella, where Justin actually surprised fans by performing his hit song Sorry during Ariana Grande's set.

This actually isn't the first time Justin and Hailey have packed on the PDA at a hockey game. A few months ago, they were caught on camera at another Toronto Maple Leafs game and actually made out for the cameras. This time, Hailey was seen on camera massaging Justin's back. Cute!

A fan captured an adorable video during the game where Justin has his arms wrapped about Hailey and he's kissing her cheek. Unfortunately, this is the last Toronto Maple Leafs game you'll see Justin at, considering they're now out of the playoffs. But I'm sure this won't be the last time we see major PDA from the two.