The couple has been inseparable since they first started dating 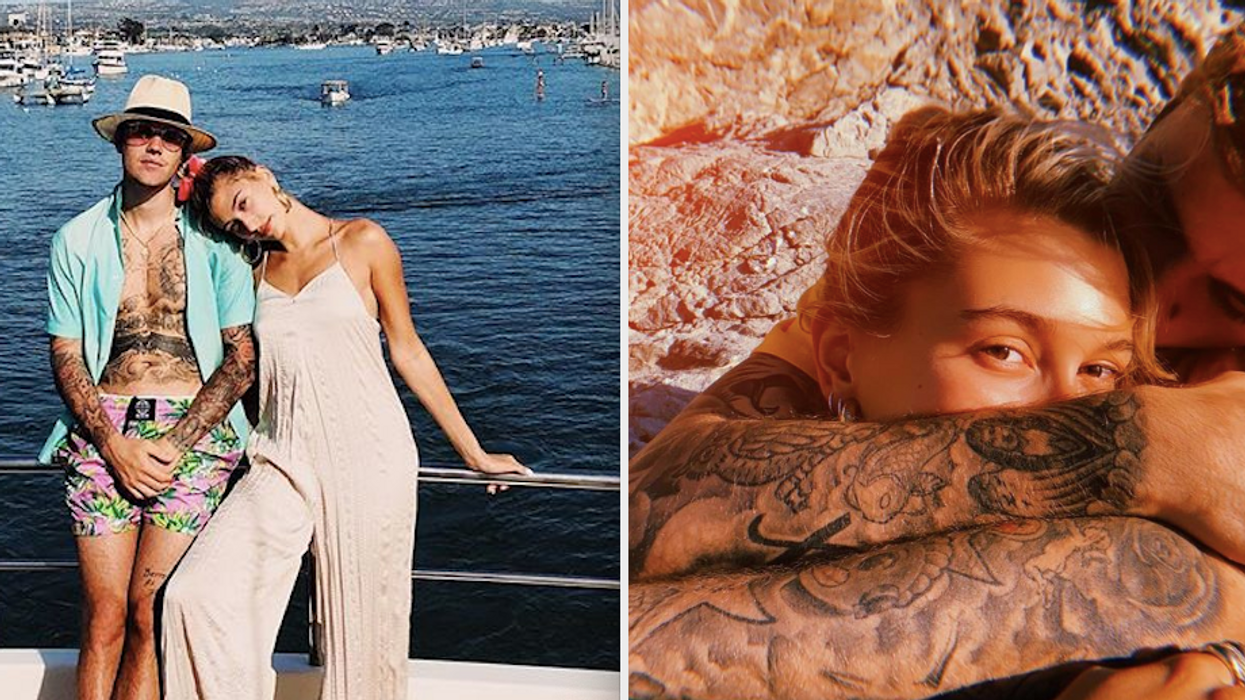 Two months after Justin and Hailey Bieber's second wedding ceremony in South Carolina, Justin took a solo trip up north. The newlyweds first tied the knot in September 2018, and a year later, they had an official celebration with their friends and family. They opted not to go on a real honeymoon abroad and spent time together in their Beverly Hills home instead. But now Justin Bieber and Hailey Bieber's relationship is being questioned after Justin's trip alone.

Justin posted photos on Instagram earlier this week noting that he "Took a road trip by myself to pray, think reflect.." which got people wondering what he currently has to reflect upon. But he also ended the caption with "time to get back to WIFEY" and a bunch of heart-eye emojis, and Hailey commented "yayyyyyyy", so everything must be okay, right?

Well, some fans expressed concern in the comments that the timing is a little coincidental and he's actually taking time to reflect on Selena Gomez's new song which is supposedly about him. And others think he's debating his new marriage with Hailey.

Gomez released the song "Lose You to Love Me" two weeks ago and it immediately gained attention from the public for the lyrics which relate pretty well to her past relationship with Bieber. The song has done incredible already and made the Billboard Hot 100 in the U.S. and the Billboard Canadian Hot 100. So people think that Justin's reflection time is because of the song.

On Justin's photo, one user wrote, "He took some time away from wifey to reflect about the #1 song on Billboard", which got hundreds of likes.

And another person commented, "Thinking about @selenagomez and how badly her song has affected you."

Other people are simply commenting the name of Gomez's song, with another user writing, "He took a trip away of wifey to lowkey stream to lose you to lose me".

One person even accused Justin and Hailey of being too preoccupied with Justin's ex-girlfriend, writing, "You @justinbieber and @haileybieber are perfect for each other, you’re both equally obsessed with @selenagomez #js".

But then other people are assuming Justin is using his trip alone to take a break from Hailey. Which is, of course, so soon into their one-year-long marriage.

One person wrote, "What kind of husband needs a break from his wife a month after their second wedding and only a year into marriage?"

And another commented, "Weird.... he needs alone time. they just got married."

Others are poking fun at Justin for wanting to be alone, writing, "Needed to go away to cry out loud."

The photos Justin posted are incredibly beautiful, and it is interesting that he wouldn't want his wife by his side on the adventure. But everyone is allowed their alone time, especially those dealing with personal and mental health issues, which Justin recently expressed he was dealing with in September. In the lengthy post, Justin wrote that "It's hard to get out of bed in the morning with the right attitude when you are overwhelmed with your life your past, job, responsibilities, emotions, your family, finances, your relationships."

Obviously, growing up in Hollywood has taken a toll on Justin and it's possible that he simply needed time alone to reflect about his life in the spotlight.