Justin Bieber is siding with Chris Brown on rape accusations after the rapper was arrested in France. 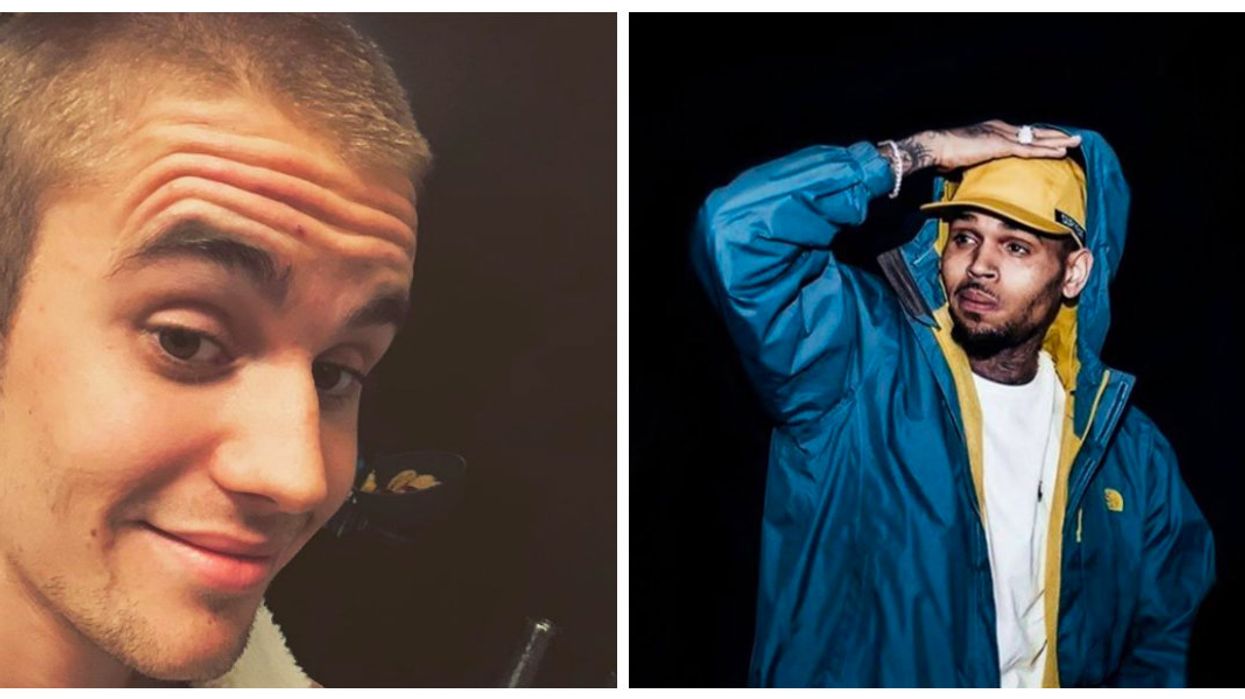 Fans are livid after it was revealed that Justin Bieber is siding with Chris Brown on rape accusations after the rapper was arrested in France yesterday. The singer was detained after a young woman in Paris accused him of raping her in his hotel room. He was also held on drug violations.

The singer was reportedly released from prison in Paris yesterday without being charged and has shared multiple posts on his Instagram since. In his first post after his arrest, he said, "bitch is lyin'" about the incident and said the allegations were false. That post, however, has since been deleted.

The singer has continued posting on his Instagram since then though. Most recently he shared a video of himself working on choreography in a Paris studio. While it's not clear when exactly the video was taken or if Brown is still in France, the video isn't what has everyone pissed off.

Instead, fans are livid at a comment left by Justin Bieber, who has been friends with Chris Brown for a long time. Seemingly in response to the situation Bieber commented to Brown "No one can touch you ur the GOAT." Now, a lot of people are calling Bieber out for supporting an accused rapist.

READ ALSO: Hailey Baldwin's Cousin Said This Totally Adorable Thing About Her And Justin Bieber And We Definitely Agree

In response to Justin Bieber's comment, several other people have commented on the video as well calling out the Canadian star for supporting Brown.

Beyond that people are also expressing their disappointment towards Bieber on Twitter.

Justin Bieber just shut the fuck up! Oh and Chris Brown... your jail cell is waiting for you!

everytime i try to forget every justin bieber has done, he proves me wrong. there's some things i can not tolerate, and one of them is rapists and rapist supporters. he is endorsing chris brown, a man who has constantly show everyone how much he hates women. justin is cancelled

Justin Bieber and Chris Brown have been friends for a long time and have even collaborated on music together including a song called Friends X Questions.