All he needed was a Timmies cup to complete this look! 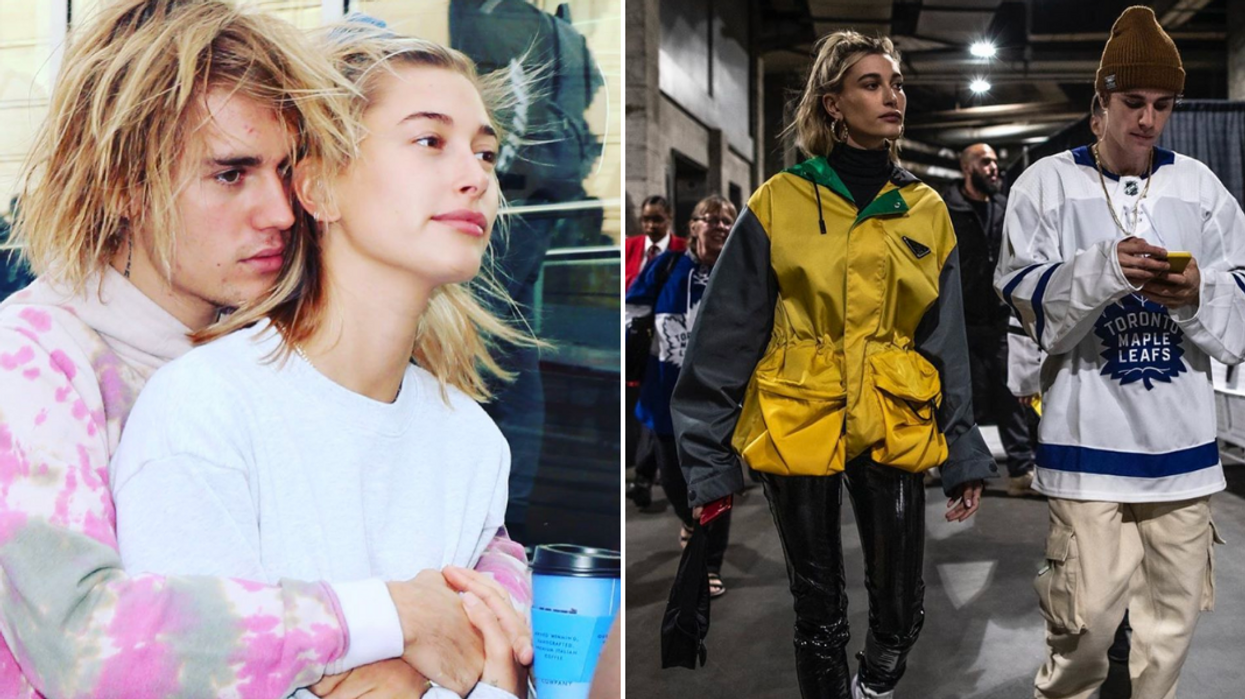 All he needed was a Timmies cup to complete this look. Justin Bieber and wife Hailey Bieber were spotted out on a date night earlier this week that had Justin sporting a very Canadian look. He was photographed dressed head to toe in jean and channelling the iconic Canadian tuxedo.

The Daily Mail obtained photos of the two walking the streets of Beverly Hills. Justin’s Canadian tux consisted of a jean jacket paired with oversized jeans. He completed the outfit with nerdy-chic glasses and a black leather backpack.

Hailey, on the other hand, rocked a pair of high waisted jeans and an oversized black blazer. She finished off her look with black leather boots and a black cross-body purse.

According to the Daily Mail, the Biebers made a quick trip to CVS where Justin reportedly bought his wife a bouquet of flowers. The couple then apparently made their way to church.

The Bieber’s sighting came just hours after news broke that Justin’s performance at the upcoming Nickelodeon Kid’s Choice Awards was postponed due to the threat of the coronavirus.

The Canadian singer was also recently forced to downsize venues for his upcoming tours after ticket sales failed to soar.

The disappointing outcome of his Changes tour sales, according to Forbes, is also being attributed to the worldwide pandemic.

This isn’t the first time a celeb has sported the traditional Canadian look. Just a few months ago, Kendall Jenner took a shot at the outfit when photos of the model were posted of her sporting an all-jean Alexander Wang look.

You can find pictures of the Biebers recent date night here.