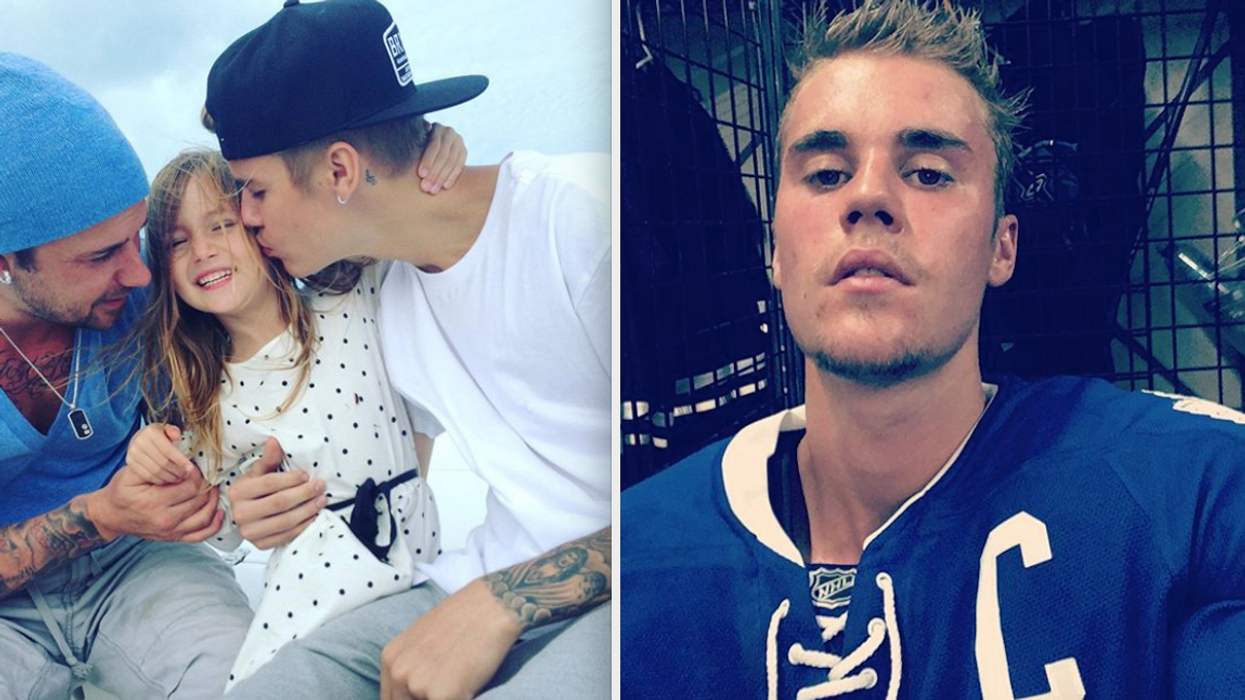 Just over a month after his lavish second wedding in South Carolina, Justin Bieber is back on the home and native land. Justin and his new wife, Hailey Bieber, never went on a honeymoon after their wedding celebrations, opting to spend time together in their Beverly Hills mansion instead. But we now know that he's spending time with his family because Justin Bieber's hometown was featured in his Instagram story and so was Tim Hortons.

Justin posted the video yesterday as he raised his Tim Hortons cup while driving under a highway sign for Stratford, Ontario. In it, you can see flurries of snow brushing over the car, a clear sign of an early winter in the city. We can assume he's here just to visit his family for a little while but time will tell if he visits other major Canadian cities.

Hailey hasn't been featured in any of the photos that he's shared while in Stratford. She may be staying back home in California or come on her own to visit him and his family in Ontario.

In a photo he posted of him in the passenger seat while driving down a Canadian highway, Justin called it “Home sweet home!”

Justin has also posted photos of his younger siblings as he spends time with them on his days off. In one picture with his younger brother Jaxon Bieber, he's seen teaching him how to skateboard. In the caption, Justin wrote, "Teaching my lil bro @jaxonbieber how to sk8. Well... as well as I know how, until he gets better than me then will have to learn from uncle @nyjah".

Jaxon also posted a similar photo with his big brother, captioning it as "Bro time".

On the same day, Justin also posted a couple of photos of his younger sister, Bay Bieber. They feature the little girl playing on the floor with a football.

If this wasn't enough to satisfy your love for Justin, last night he shared a photo declaring that 20 million likes would get him to "release an album before Christmas". It's unclear whether it's another Christmas album, which he already released in 2011, or if it's just a tease at an album with all new music coming in the next two months.

It probably won't be hard to get to 20 million likes, so there's likely a new album coming soon.