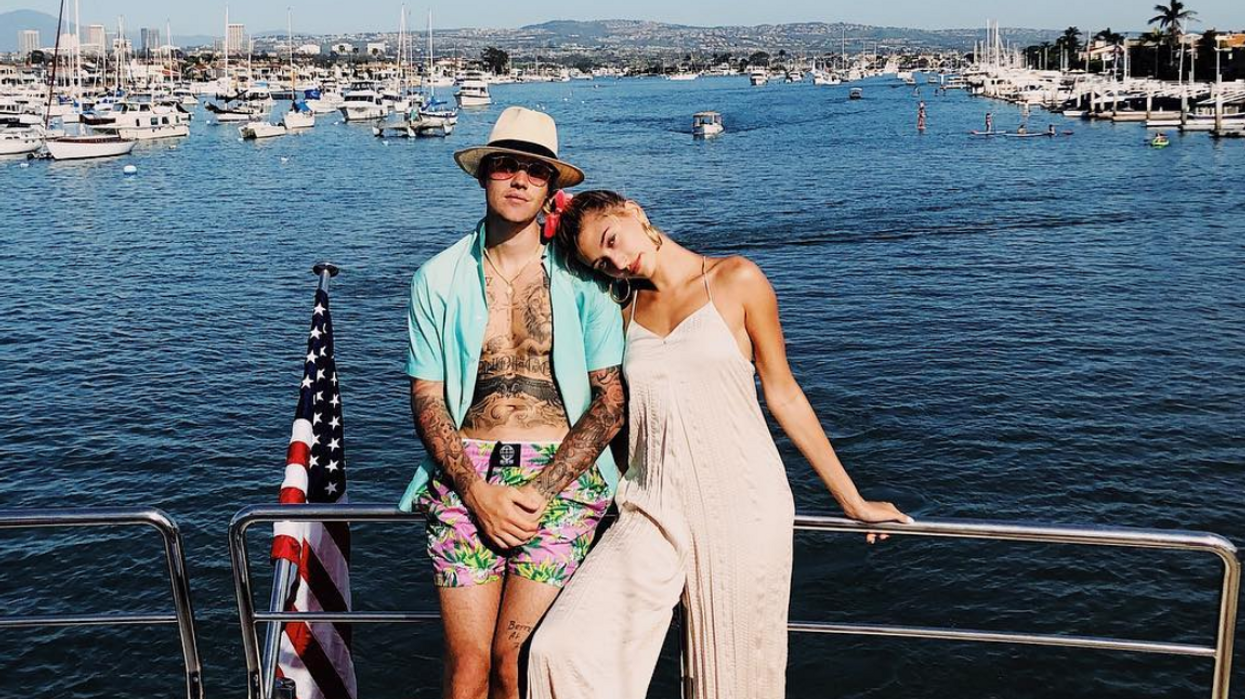 I think we can all agree that one of the best feelings in the world is the mushy gushy time at the beginning of a relationship, often referred to as "the honeymoon phase". For some reason, as humans, we love nothing more than to love and be loved, and even if you're not in the midst of it yourself, watching other people in love can be just as therapeutic. If you need a daily dose of intimacy, Justin Bieber wrote a love letter to Hailey Baldwin on Instagram and it's beyond cute.

If you've kept tabs on this love story, you might know that it's been a pretty dramatic one. Hailey and Justin have been friends for years, and after Justin briefly got back together with his ex, Selena Gomez, he found himself back in Hailey's arms and the two eloped. Since their lowkey marriage, they've found themselves battling mental health and trust issues.

Hailey has always been wary of Justin's relationship with Selena, and to be honest, we don't blame her - those two were everyone's favourite couple back in the day. Hailey has also been linked to other men before Justin, including Shawn Mendes, but Justin seems to have a pretty strong Canadian popstar bromance going with Shawn right now.

As proof that things are going well with the couple, Justin penned an adorable love letter to his wife, and instead of just sending it to her, he posted it on Instagram for the whole world to enjoy:

The caption is a super mushy shoutout to his soulmate, in which he wishes her good luck on a photoshoot today, thanks her for standing by him as he gets his "emotions, mind, body, and soul" intact, and promises her that the best is yet to come - and I can't even get a text back.

The full caption reads, "Sunlight falls into the Abyss Just like i fall into your lipsWaves crash onto the shoreMy love for you grows more and moreSound of the crickets a true meditationI think about you, Gods greatest creation.As i fall into this blissful stateI ponder on how you’re my one true SOULMATEIts getting dark to dark to seeA chilling breeze embraces meThe smell of camomile fresh from the gardenMy life is a movie that both of us star in.Speaking of stars I’m starting to see someThey light up the sky, reminds me of my freedomHow big and how vast our world is around us So grateful for god we were lost but he found usSo i write the poem with him always in mindThings all around us Just get better with time I fall more in love with you every day! You have walked hand and hand with me as I continue to get my emotions, mind, body and soul in tact! You have given me so much strength, support , encouragement and joy. I just wanted to publicly honor you, and remind you that the best is yet to come! Have a shoot today my love!"

If this message tells us anything, it's that Hailey and Justin are obviously working hard to strengthen their bond and learning how to be husband and wife to the best of their abilities. Let's hope we get to hear more romantic letters from the Biebs soon!