I guess they're friends now! 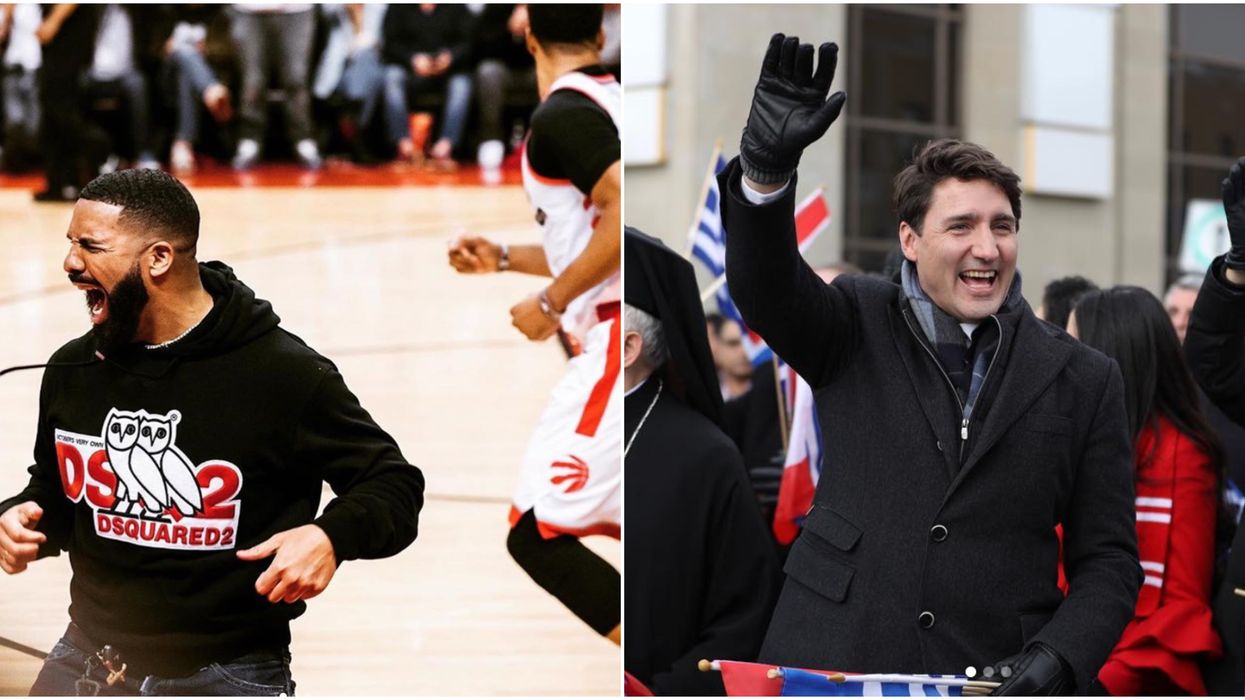 If you were online at all yesterday, it's pretty much guaranteed that 95% of what you saw and heard about had to do the with Toronto Raptors Victory Parade. The team took over the 6ix to celebrate their historic NBA championship win, and things were even crazier than expected. Of course millions of fans showed up, but some of those fans were also big-time celebrities! Justin Trudeau and Drake snapped a photo together at the Raptors Victory Parade.

As the Prime Minister of our country, it only makes sense that Justin Trudeau would make an appearance to celebrate the Raptors yesterday. No one was really surprised that Drake was in attendance - he is the Global Ambassador for the Raptors after all.

Just yesterday, Justin posted the above carousel to Instagram, showing various photos of him and his family celebrating with various members of the Raptors, including Kyle Lowry and Kawhi Leonard. Justin also included some snaps of his family meeting Canadian rapper and Raptors number one hype man, Drake.

The second photo in the carousel shows Justin's daughter, Ella-Grace enthusiastically shaking hands with Drizzy while her dad and brother stand to the side smiling. He also included a snap of Drake's Raptors jacket, which reads, "The best in the world, 2019 Champions".

Yesterday's parade was easily one of the most iconic moments in Canadian history, and it won't soon be forgotten. The crowd in attendance was 3x larger than the crowd at Donald Trump's inauguration (which shows just how crazy Canadians are about the Raptors and basketball), and they had nothing but love for their team.

Now that basketball is over for the season, fans are anxiously awaiting news about who's going to be drafted to which teams next year. The Raptors MVP this year, Kawhi Leonard, is now a free agent, and although some fans are expecting him to head down to L.A. to play for the Lakers, others are anticipating that he'll stay in Toronto for another year, or five.