Dr. Tam weighed in, too. 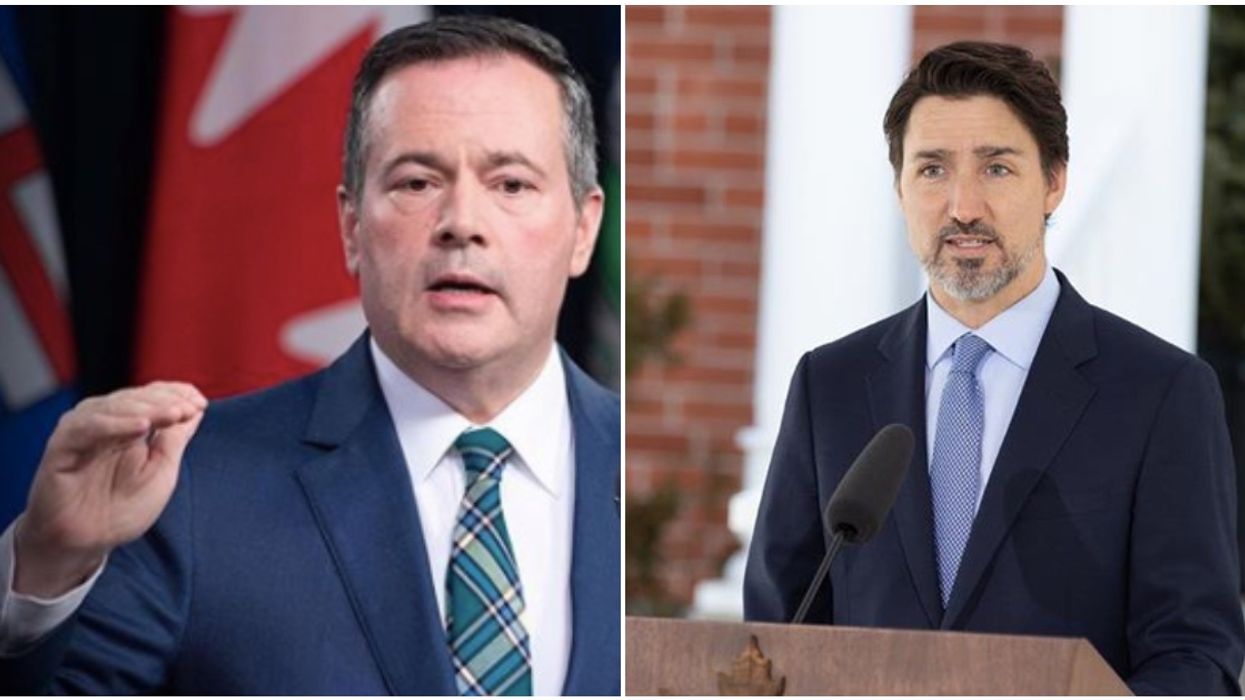 It seems Alberta and Canada may not be seeing eye to eye again. It appears Justin Trudeau and Jason Kenney have differing opinions about the use of COVID-19 vaccines, medications, and tests from other countries. While Kenney does not want to wait for Health Canada to approve new findings, Trudeau is saying that we must “focus on science.” In addition to the opposing views, Kenney has uttered some stern words about Dr. Theresa Tam who does not share his point of view.

During an interview with CBC on Monday, April 13, Alberta’s premier said that he didn't want to patiently wait for Health Canada to approve new medications, tests, or vaccines to fight the pandemic.

Instead, he would rather roll them out in Alberta if other countries have approved them already.

This all started on Twitter when Kenney addressed someone named Dr. Jack Mintz who said:

"Hope Health Canada is not getting in the way of provincial health authorities bringing in German and other tests that are already working well."

Agreeing with Mintz's tweet, Kenney added that he was given the go-ahead by Alberta’s health officials to use new medications, tests, and vaccines that are approved by “peer” countries.

Kenney’s rationale is that he does not want to wait for Health Canada to “play catch up" in giving their official approval.

Agreed, @jackmintz. I have directed our officials to consider use of COVID19 tests, vaccines, or medications that… https://t.co/hhW3cfvrsG
— Jason Kenney (@Jason Kenney)1586728350.0

While this is the mindset of Alberta's premier, Dr. Theresa Tam, Chief Public Health Officer of Canada, has opposing views.

During a press conference, she stated that her team has concerns about some of the tests that have already been greenlit by other countries.

From her and her team's point of view, it is important for Health Canada to review medications and vaccines coming from other countries in order to make sure they are safe.

The director for the COVID-19 vaccine research team in Saskatchewan spoke to Narcity and explained the process for vaccine approval in Canada.

During the interview, Dr. Volker Gerdts noted that clinical testing would need to be done by Health Canada to confirm the vaccine was safe and effective.

The Biologics and Genetic Therapies Directorate (BGTD) is then responsible for registering and approving the vaccine.

Gerdts was honest with Narcity and said this approval could take some time but was hopeful that given the severity of the situation, Health Canada could speed up the process.

In an address to the public, Tam was asked about Kenney and if he was “trying to undermine” her.

“We do want to ensure safety and the effectiveness of these tools and I think the health community understands that."

Similar to Gerdts, Tam noted it is important to determine the safety of the drugs through clinical trials.

Justin Trudeau was also asked about Kenney's comments during his update on Tuesday, April 14.

During the public address, the Prime Minister was asked about Kenney and his views on using drugs and vaccines approved by other countries, to which he replied:

In order to ensure the health and safety of Alberta residents, the province has expanded who can receive COVID-19 testing.

At this time, anyone with COVID-19 symptoms is eligible for a test and can apply for one through the Alberta Health Services.