Representatives from across the province are having their say. 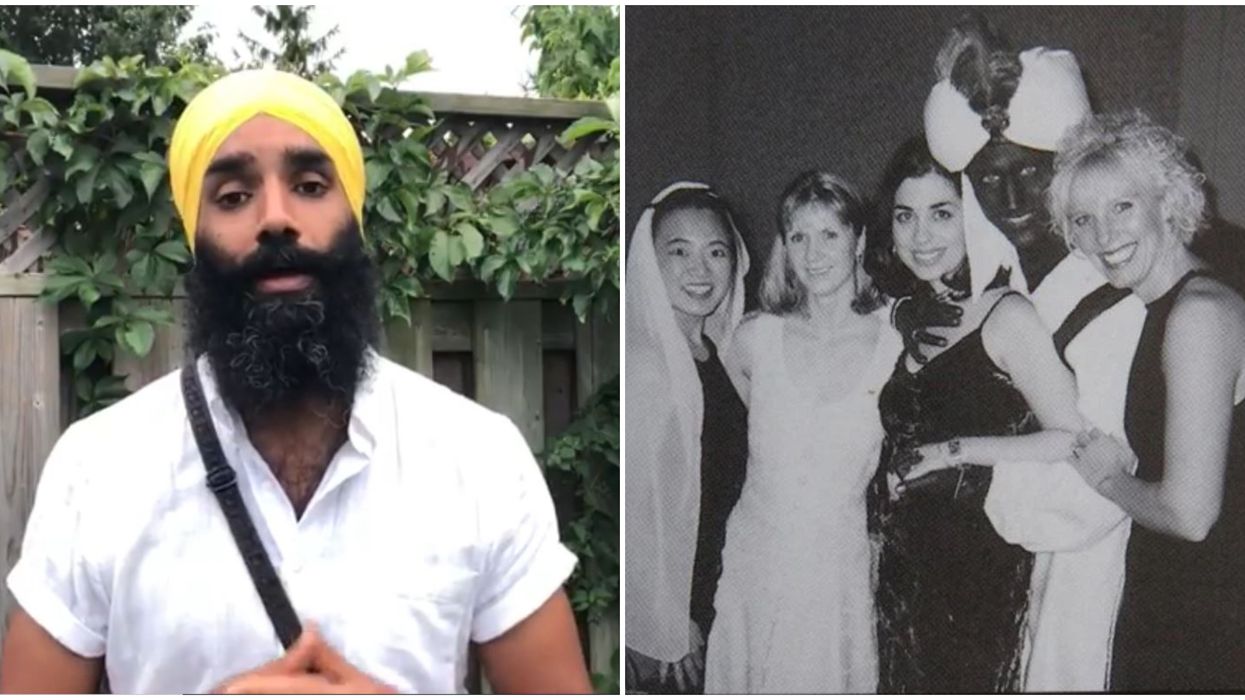 It's all over the news and as much as you probably want to avoid the picture, it's there and you'll see it most days over the final month of the election campaign. In case you somehow didn't know, on September 18, a Justin Trudeau brownface picture was published by TIME of the Prime Minister in costume during an "Arabian Nights"-themed party back in 2001. Trudeau supposedly dressed up as Aladdin and painted his body where his skin was exposed.

As expected, people all over Canada and the wider world have expressed a range of emotions in response ⁠— most prominently shock, disappointment, and anger.

Trudeau quickly admitted that the make-up was racist, particularly by the standards of today's society. "I take responsibility for my decision to do that. I shouldn't have done it. I should have known better. It was something that I didn't think was racist at the time, but now I recognize it was something racist to do and I am deeply sorry," the PM said, as quoted by CBC.

While people across the globe have been reacting to the incident, which dates back to 2001, the responses from within Ontario have been particularly notable.

Southern Ontario is a famously multicultural area, especially within the GTA, so a negative response towards the photos in question was inevitable.

Federal opposition leaders have already reacted to the issue. NDP leader Jagmeet Singh responded with a pretty powerful message, while, Conservative chief Andrew Scheer called out Trudeau's "act of open mockery and racism." Scheer's rhetoric was not without its own criticism, however, as people started calling him a hypocrite.

And Ontarian politicians across the political spectrum have been taking to Twitter to express their opinions.

Jagmeet Singh's brother, NDP MPP Gurratan Singh of Brampton East, shared a video of his sibling speaking about the issue and also tweeted his own thoughts.

When I was young the racism I felt would fill me with anxiety My brother was there to stand up to my bullies He… https://t.co/YH50Ltv6yq
— Gurratan Singh (@Gurratan Singh)1568865702.0

Meanwhile, Saranjit Singh, the federal NDP candidate for Brampton East, emphasized that "regrets and apologies don't erase this history," referring to the racism people of colour have continually endured.

Blackface perpetuates hate and has a brutal history attached. Millions of Canadians have been on the receiving en… https://t.co/5Wyhin5bwm
— Saranjit Singh (@Saranjit Singh)1568863632.0

My heart goes out to those who have experienced the pain of prejudice and racism. Thanks to @theJagmeetSingh for… https://t.co/3AV6Hh1p0R
— Andrea Horwath (@Andrea Horwath)1568868058.0

The news is all over the international media. They are mocking us. He is an embarrassment to everything positive C… https://t.co/ft32qhN0sJ
— Aris Babikian (@Aris Babikian)1568890550.0

Within the space of under 12 hours, more images of Trudeau in a racially insensitive costume were discovered after he spoke to reporters and issued an apology.

And it's not just opposing politicians who have voiced their displeasure. Some members of the Liberal Party also took to Twitter to share their thoughts.

I am deeply disappointed to see the images of Justin Trudeau published in the last 24 hours. Our government, under… https://t.co/hjITv8MkHz
— Kate Young (@Kate Young)1568911708.0

While I have never been a victim of racism, I know and understand why many of my constituents are feeling deeply hu… https://t.co/U4h4S73USw
— Peter Fragiskatos (@Peter Fragiskatos)1568903792.0

I was very disturbed and disappointed by the images of Justin Trudeau I saw last night. I listened to his apology a… https://t.co/zgJA221F1R
— Rob Oliphant (@Rob Oliphant)1568922047.0

Kate Young, MP for London West, expressed that she is "deeply disappointed" in the Prime Minister, although not without reiterating the government's inclusion efforts.

Mitzie Hunter, meanwhile, a candidate for the Ontario Liberal leadership in 2020, described the incident as "a teachable moment for all of us."

With the election trail already well-worn, this week's revelations are undoubtedly a seismic shock to Canada's political landscape. Election day is a month away, and Trudeau and the Liberal Party must now try to overcome this controversy.

It doesn't look like it will be an easy task.