Trudeau was asked about climate change, pipelines, and selling arms to the Middle East. 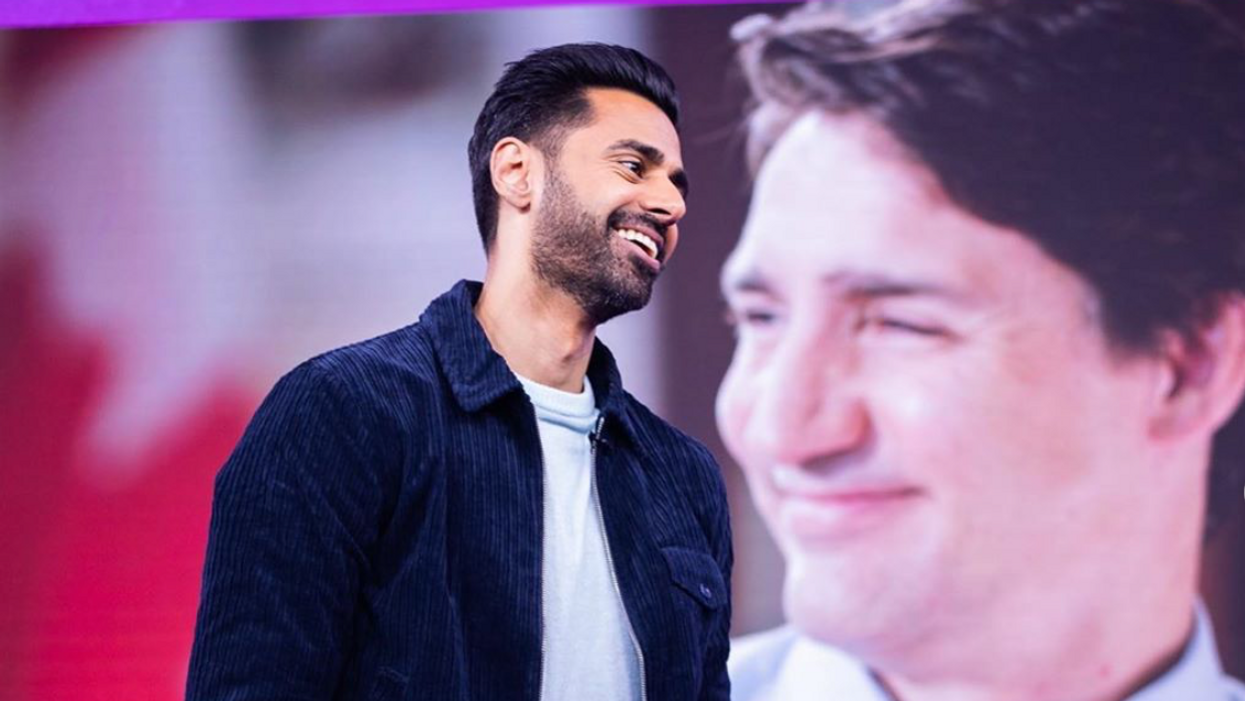 When the Prime Minister agreed to an exclusive Netflix interview with a U.S. comedian, only months before the federal election in Canada, it was definitely a risk. As the only Prime Minister ever to be be interviewed on Hasan Minhaj’s show Patriot Act, Trudeau was definitely taking a leap into the unknown. However, judging by Minhaj’s unfiltered opinions and sharp political commentary during previous episodes, Trudeau should have probably known what was coming.

Much to the delight of some Canadians, Minhaj was true to his form and did not hold back when interviewing Trudeau, with some people even suggesting that the Prime Minister was well and truly ‘roasted’ by the comedian. However, some people were left confused by the exchange, and accused Minhaj of having an agenda with his questioning.

The interview, which is in episode 24 in the Patriot Act series, begins pretty gently, with Minhaj paying Trudeau a few compliments and asking him about Tim Hortons and Kawhi Leonard. However, things quickly take a turn, as Minhaj starts to grill Trudeau on October’s election, and the consequences that it has on the rest of the world.

During the interview, Minhaj touches on Trudeau’s global reputation as a 'progressive politician', but then goes on to ask Trudeau about Canadians opposing the entry of more refugees, and the selling of arms to Algeria, Nigeria, Libya and Iraq.

If Trudeau wasn’t squirming enough already , Minhaj goes on to press him about Canada’s Trans Mountain pipelines, asking why Canada pretends to be a leader in the fight against climate change, when it still has the third largest reserve of oil in the world? Trudeau responds to this by attempting to explain the country’s need for oil and pipelines, to which Minhaj simply says, “What you’re saying sounds like trying to whiten your teeth by drinking wine at every meal.”

If Trudeau had not been ‘roasted’ enough already, Minhaj also explains the SNC-Lavalin scandal, before pointing out that Canada is not on track to meet its Paris Climate Accord goals, and saying that Trudeau broken several of his election promises.

When Minhaj shared a series of clips from the no-nonsense interview with Trudeau on his Patriot Act Twitter account, Canadians were quick to share their opinion on the exchange.

One Twitter user wrote, “I’m a JT supporter. I thought this was amazing. Completely fair. Have to hold him accountable for his mistakes as well. Isn’t it great to talk about politics without the constant divisive rhetoric?”

@patriotact Kinda wish more people in power would be put on the spot like this. You love to see it.
— Michael Hamlin (@Michael Hamlin)1567458025.0

Despite the clear delight from many Canadians that Trudeau had been held accountable, there were also a number of people criticizing Minhaj’s interview style, with some accusing the comedian of being ‘hostile’ towards the Prime Minister.

One Twitter user wrote, “The really sad thing is that this episode has tons and tons of misinformation while still being the single most accurate and truthful discussion of Canadian politics that I’ve ever seen from an American.”

Another added, “Made me furious having an American show criticize Canada for our environmental credentials. At least we are doing SOMETHING!"

@patriotact @hasanminhaj The timing of this is awkward. Are you going to examine the other candidates in this way as well?
— Breeyn McCarney (@Breeyn McCarney)1567476699.0

To make your own mind up, the full Patriot Act episode featuring Justin Trudeau is available to watch now on Netflix and YouTube.