Justin Trudeau is in hot water yet again as a result of footage from his latest town hall reaching social media. 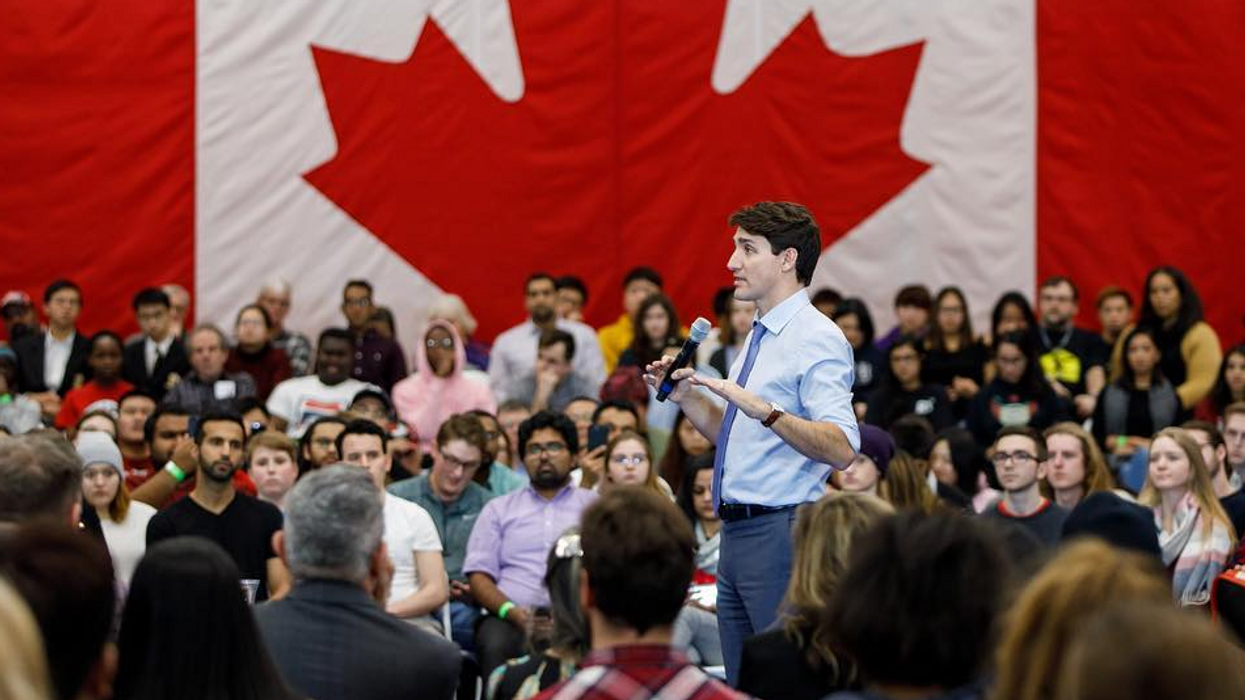 It's fair to say that given Trudeau's rough end to 2018, the new year is meant to be the Prime Minister's chance at a fresh start, especially considering the impending re-election race he will be running in come October. In an effort to win over Canadian voters, Trudeau has been holding several town halls where he has been answering the public's questions regarding different topics of concern.

The town halls haven't gone well so far, considering the current tension between the RCMP and the Gidimt'en anti-pipeline camp which had caused some serious trouble for Trudeau. Though the Prime Minister's struggles don't end there, especially after a recent town hall where a Canadian inquired about some of his past comments.

The woman asked Trudeau if he could explain past comments he had made regarding gender impacts that could come from construction workers arriving in small towns. To which Trudeau responded with this:

Trudeau didn't answer any part of the woman's question and the people at the town hall noticed when they realized that what they thought was an introduction to Trudeau's answer was the actual answer he was giving and moved onto the next question.

It didn't take long for Canadians who weren't at the town hall to share their own frustrations that were likely felt by the attendees. Many were especially surprised that Trudeau hadn't taken the chance to clarify on his comment that had included saying "well, you know, there are gender impacts when you bring construction workers into a rural area. There are social impacts because they’re mostly male construction workers. How are you adjusting and adapting to those?" The comments had been heavily criticized at the time for stereotyping construction workers:

Since Trudeau opted not to clarify at the town hall, it's likely he won't be touching on the subject again, so you may not want to hold your breath for some clarity on the matter. While the town halls were meant to help Trudeau turn his current reputation around especially in the West, it's clear it's creating the opposite effect right now. While it's still too early to guess whether Trudeau will be able to survive re-election, it's definitely not going to be an easy climb considering his latest approval ratings that were released earlier this year. Clearly, the Liberal party has a lot more work to do before October rolls around.