Justin Trudeau Is In Markham, Richmond Hill And Woodbridge Today, Here's What He's Up To (Photos)

He's been everywhere from Barrie to Richmond Hill 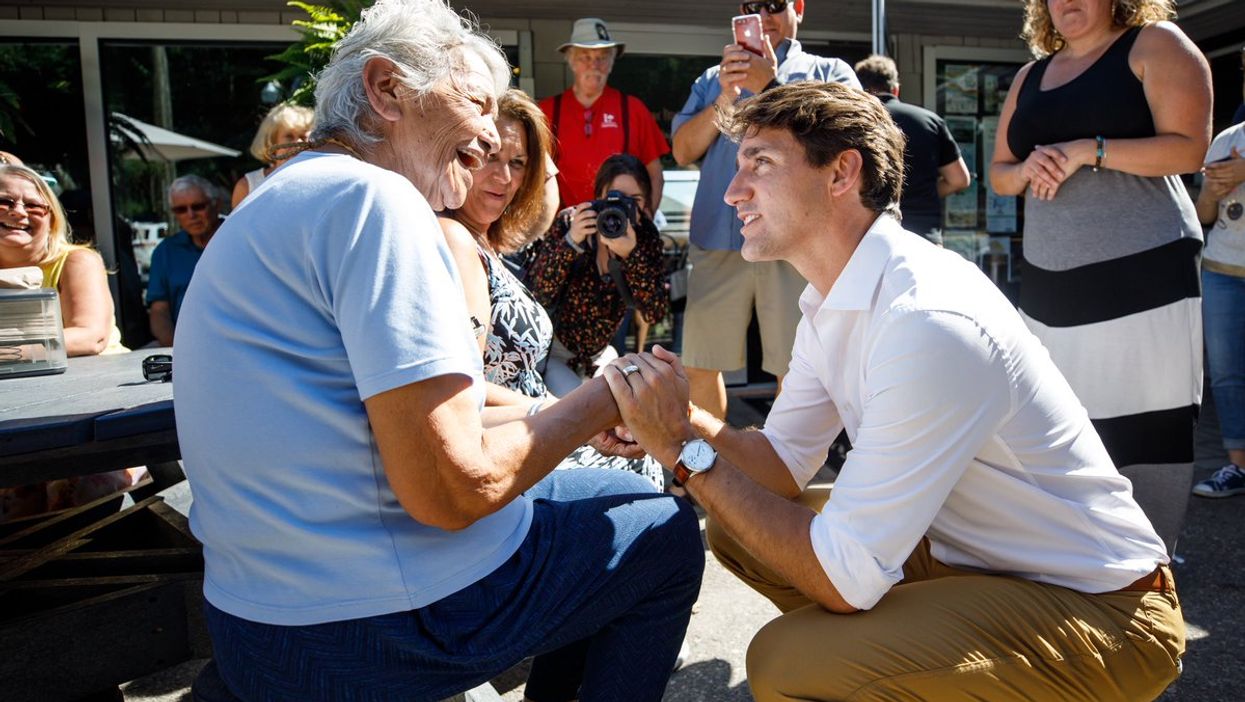 Prime Minister Justin Trudeau has been busy today running all around the GTA and there are pictures to prove it.

While this time he wasn't literally running, or shirtless for that matter, he has been all over the place from Barrie to Richmond Hill and a bunch of places in between.

The PM has a busy day, with his official itinerary placing him in Markham, Woodbridge, and then Richmond Hill today, but it appears Justin made a few other stops as well.

He tweeted yesterday from Webber's Burgers, an iconic Ontario highway restaurant on the way to Muskoka (where he was yesterday), saying he would be heading to Barrie for the night before going to Bradford this morning.

Famous burgers and even better company at stops heading south to Barrie tonight. See you tomorrow morning in Bradford - a big day for families and the Canada Child Benefit. pic.twitter.com/jWtTyEFnnD

He then made his way to Markham where he met with the mayor and visited the Aaniin Community Centre, which is a new part of the Markham library.

He also spent some time there with children and families to promote some major changes to the Canada Child Benefit which helps out families with young kids.

Justin Trudeau continues his GTA tour at a BBQ in Woodbridge with the Carpenters Union, and then he'll be heading to Richmond Hill to meet with senior residents there.