They are both currently at home in Ottawa. 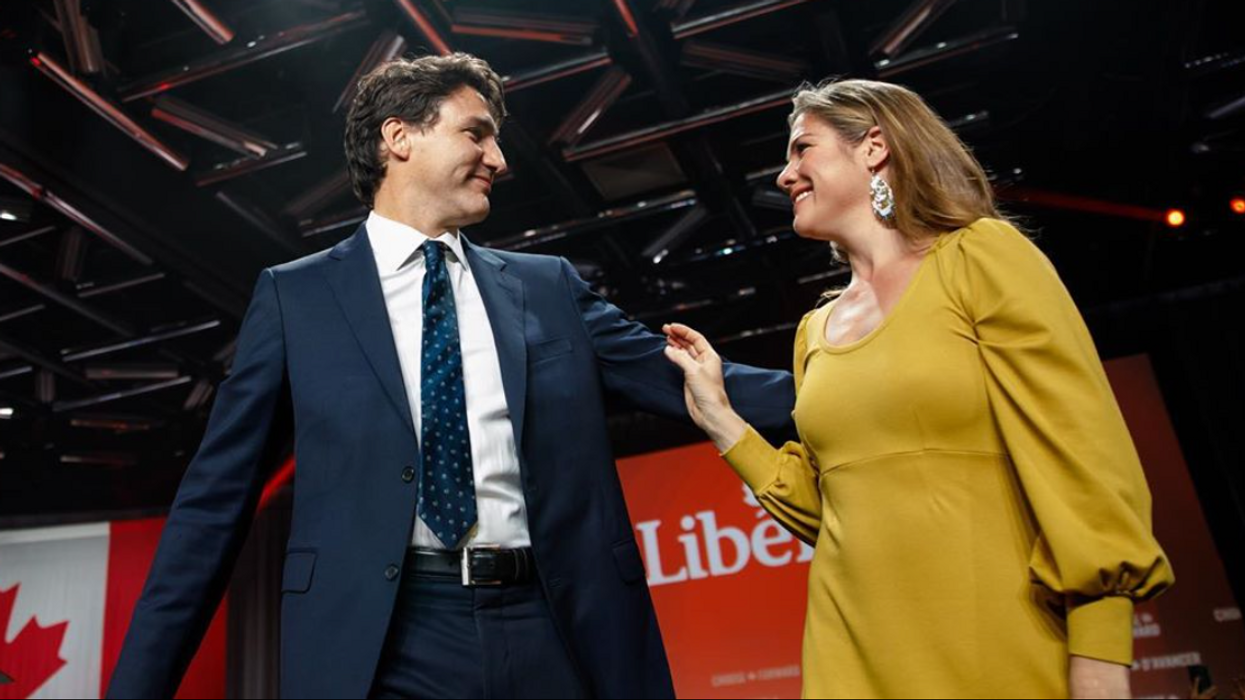 The Prime Minister's office has confirmed that Justin Trudeau is self-isolating, as his wife awaits results from COVID-19 testing. Sophie Grégoire Trudeau is believed to have experienced flu-like symptoms after a trip to the U.K. Both Sophie and Justin Trudeau are at home in Ottawa.

In a statement shared with Narcity on Thursday, the PM’s office confirmed that both Justin and Sophie were self-isolating at home, awaiting COVID-19 test results.

The release explained that Grégoire Trudeau had felt unwell upon returning from a trip to the U.K., and had immediately sought medical advice.

“The doctor’s advice to the Prime Minister is to continue daily activities while self-monitoring, given he is exhibiting no symptoms himself."

"However, out of an abundance of caution, the Prime Minister is opting to self-isolate and work from home until receiving Sophie’s results,” the press release stated.

At this time, Justin Trudeau has not shown any specific symptoms and does not feel unwell, but he is taking adequate precautions.

The Liberal leader has cancelled a physical meeting between Canada’s first ministers, due to take place on Thursday.

“The Prime Minister will spend the day in briefings, phone calls, and virtual meetings from home, including speaking with other world leaders and joining the special COVID-19 cabinet committee discussion,” said the statement.

This comes just one day after the federal government announced a $1 billion plan to combat the virus in Canada.

In a tweet, he explained, “Friends, I am at home today, feeling unwell.”

He added, “I have been in contact with a doctor and they do not believe I have symptoms consistent with COVID19. But their advice is for me to limit contact with the public until I am feeling better.”

Earlier this week, Singh called for national paid sick days in Canada, to help Canadians cope with the costs of self-isolating and taking time off work.

All of us come into contact with many people who may be vulnerable to illness - we have to make sure we are taking… https://t.co/mvb0WA9Stz
— Jagmeet Singh (@Jagmeet Singh)1584029415.0

In their statement, the Prime Minister's office concluded, “Since the beginning of the COVID-19 outbreak, we have urged Canadians to take all necessary precautions and follow medical advice in order to stay safe.”

“This is what the Prime Minister and his family are doing.”