The PM got passionate. 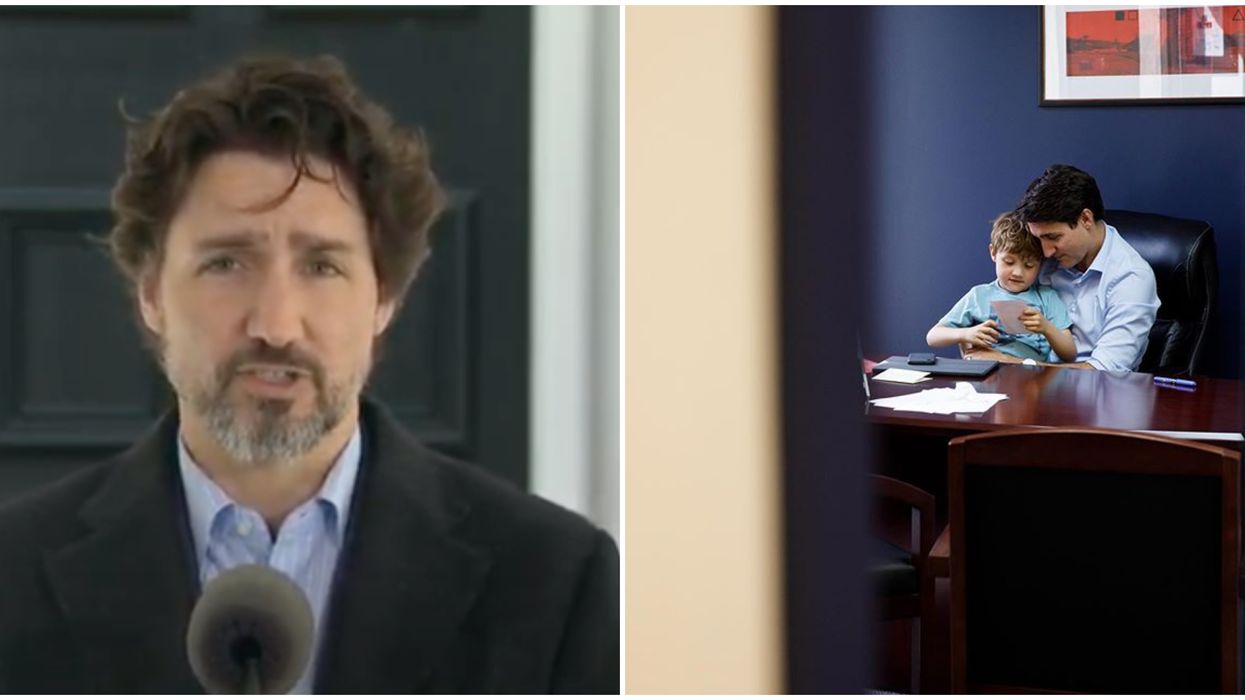 His dad reflexes are showing. Justin Trudeau went into lecture mode during his daily press conference when he was asked about relaxing measures in parts of Canada. He warned that our summer could be at risk.

When asked about the proposed re-opening in Montreal, which is home to Trudeau's own riding of Papineau, the PM got very passionate in his answer.

"We need to make sure that we go progressively, and slowly, and gradually on any re-opening, keeping at top of mind the importance of keeping people safe and healthy," he said.

"I understand how much people do want to go outside. But we need to do it in ways that we are sure are gonna keep people safe," he said before breaking out his best dad-voice.

"The last thing people want is a few weeks from now being told 'Ok, we loosened the rules and now COVID's spreading again and you're all gonna have to go inside for the rest of the summer.' People don't want to do that," Trudeau warned.

He talked about the summer a second time in his daily address too.

Again responding to a question about re-opening, the Liberal leader said we need to make sure we are "preventing a second wave that could send us all back into confinement this summer which we certainly do not want to be doing."

Trudeau went into dad-mode earlier in the press conference as well, but in a whole different way.

With Mother's day tomorrow, the Prime Minister took a minute to kick all the mom's watching at home out of the room so he could give the kids a few ideas of how they can surprise and celebrate their mother's this weekend.

The Canadian politician has three children of his own and in his social media bios proudly states that he's all about family first reading, "Father, husband, 23rd Prime Minister of Canada."