Some are saying he's using it as a distraction. 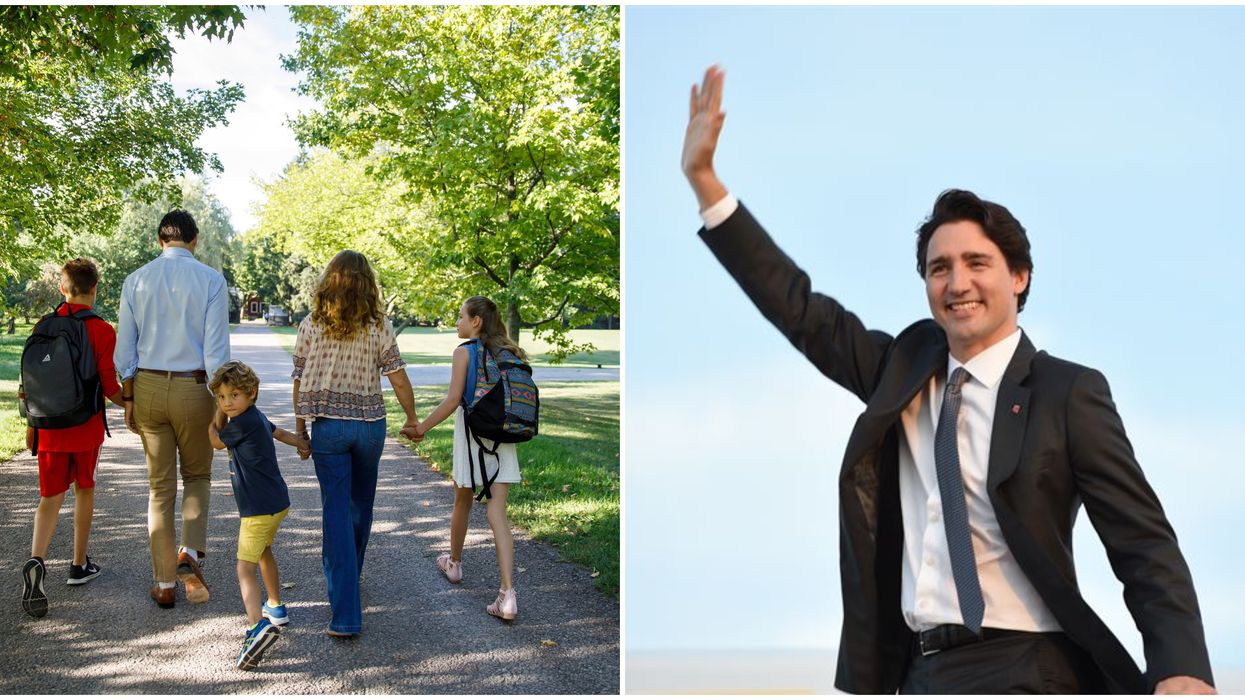 For the past few months, it seems that Justin Trudeau has been in the spotlight when it comes to political turmoil. In fact, since the SNC-Lavalin Scandal, it seems that for some Canadians, Justin Trudeau just can't get anything right. When Trudeau took to Twitter today to wish his children a happy year back at school, many people wasted no time in tearing him apart.

Like any other political figure, Justin Trudeau has faced quite a bit of hate in the past from his fellow Canadians. Since the Prime Minister was considered guilty of violating the Conflict of Interest Act in regards to the SNC-Lavalin scandal, #TrudeauMustGo and #TrudeauMustGoToJail have been trending throughout the summer months.

While Trudeau has seemed to stay pretty collected throughout the controversy, it appears that he just can't seem to escape the hate. On Tuesday evening, Trudeau took to Twitter to post an adorable back to school photo to wish his three children a happy year at school. Trudeau even showcased a flashback photo from 2015, noting how 'time flies'.

While the photo was meant to celebrate a happy family occasion, it seems that many Canadians are actually using the photo as an opportunity to inform Trudeau of their opinions on his role as Prime Minister.

The tweet features two similar photos side-by-side, one of Justin's family back in 2015 and one of his family in 2019. The caption reads "Time flies. First day of school 2015- 2019. Tomorrow is Hadrien’s turn!" The tweet even hinting that his youngest child, Hadrien, would finally be heading off to school with the rest of his siblings.

While some Canadians took to Twitter to reveal how adorable the photo was, an overwhelming amount of Canadians used the photo to target Trudeau.

Many users targetted the photo by saying that Trudeau would finally be able to spend more time with his family this year after he got voted out of office. One user even saying, "You have all the time to spend with them after October."

@JustinTrudeau You have all the time to spend with them after October.
— CdnTaxPyr (@CdnTaxPyr)1566936844.0

However, some Canadians were a little more ruthless, even going as far as to use Trudeau's children as examples to why his policies aren't agreed with.

One user even stated, "Sad that you're building pipelines that will damage our air and water quality, if you really cared about your children's future you will stop that pipeline."

While other's are stating that he is using photos of his family to distract from his scandal, "This is low Justin, using your children, again, to distract the attention away from the SNC-Lavalin corruption."

@JustinTrudeau Sad that you're building pipelines that will damage our air and water quality, if you really care ab… https://t.co/BZla2CDM8G
— Kedarnath (@Kedarnath)1566936673.0

Despite the hate, Trudeau was seen wishing his children off to another year of school and wishing Canadians a happy year full of education.