The two leaders have not been friendly in the past, either. 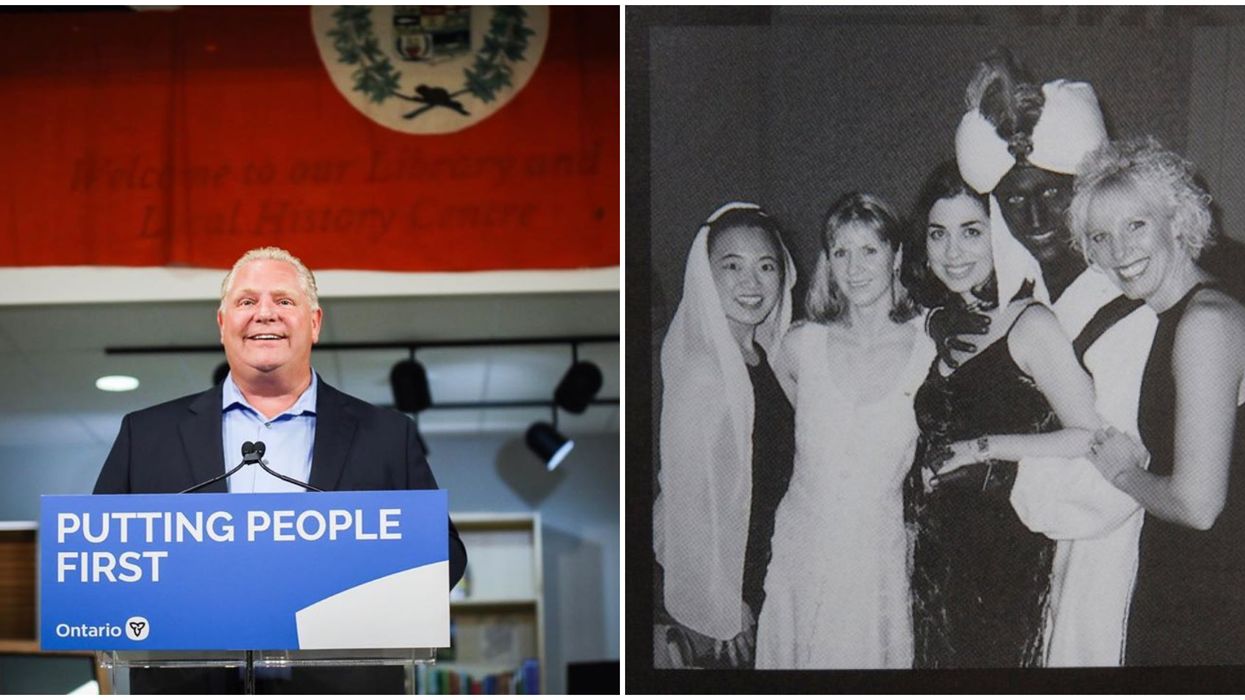 Doug Ford is the latest politician to respond to Trudeau's blackface scandal. Ford and the Liberal Party have had a longstanding rivalry, and it's no surprise that Ontario's premier, along with the rest of Canada, have denounced Justin Trudeau's blackface scandal. According to the Toronto Star, when Ford was asked by AM640's Alex Pierson if he himself had ever donned blackface, Ford responded that he "wouldn't be that stupid."Ford told CTV News that "it was unacceptable back in 2001, it's unacceptable now."He went on to say, "The people are going to decide. They're going to have the opportunity to decide if they want the Prime Minister to continue being Prime Minister or they want a change."Ford also told CTV that there's a "double standard" in how this news is covered by the media. "If it was a Conservative, I think it would have been a different story," he said.Trudeau has been taking major heat from pretty much the entire world since September 18, when Time Magazine published a photo from 2001 of him in brownface.It was sourced from the yearbook of the private school, West Point Grey Academy, where the then 29-year-old Justin Trudeau was previously a teacher.

The Toronto Star also reports that Trudeau has avoided answering questions from reporters who asked the Prime Minister when the last time was that he wore black/brownface. Canadians have their own thoughts about Doug Ford's response:

Meanwhile, Trudeau and Ford are going head to head in other ways, such as what to do about Canada's health care system. Ford is for privatization, while Trudeau is not.

I’ve already lost times of how often @JustinTrudeau has asked “Who do you want negotiating for your healthcare with… https://t.co/5WabLlEFeL
— Brian Lilley (@Brian Lilley)1569245389.0

It's no secret that the two leaders aren't exactly on the same page.

Justin Trudeau has criticized Ford's political decision-making in the past. Both leaders have been called out before for different reasons. Trudeau has taken heat for plenty of things other than blackface. Ford's list of complaints against himself is pretty hefty, too. His most recent political endeavour, the anti-carbon tax stickers, ended in a court battle.It's safe to say both politicians have been openly shaded in the public eye.