Polls are in and Trudeau is still in the lead as preferred Prime Minister. 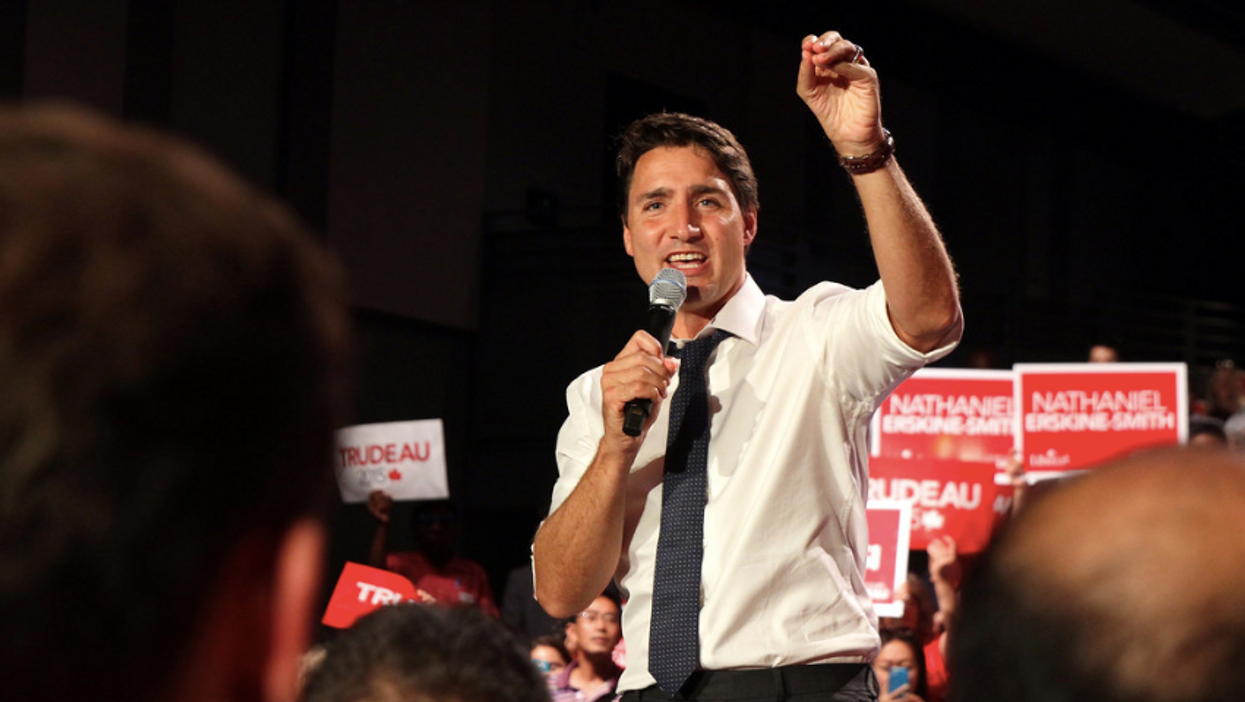 It's been a rough few days from Prime Minister Justin Trudeau after photos of him wearing blackface appeared on Wednesday night. The situation only got worse, after it was discovered that Trudeau had done blackface on multiple occasions. Since then, it seems that the Prime Minister has been facing a lot of hate from Canadians. However, it still seems that despite the photos, Trudeau is still the most preferred Prime Minister out of all the running candidates.

On Wednesday night, news broke that Trudeau wore blackface at a party back in 2001 when he dressed up as Aladin. Following that photo, a variety of other photos emerged of Trudeau doing backface on other occasions. However, since the photos have emerged, Trudeau has been doing damage control, apologizing to both the media and the public.

While these photos definitely made headlines for the past few days, it looks like it didn't affect Trudeau too negatively in the polls like some Canadians might have expected.

In fact, according to Nanos Polling, Trudeau is still considered to be the most preferred Prime Minister, while compared to all other party leaders running this federal election.

After polling was completed on September 20, 2019, two days after the blackface photo of Trudeau was revealed, Nanos states that while the party took a little bit of a hit, Trudeau himself still stands strong.

When it comes to a party as a whole, however, the Liberals took a bit of a hit, according to Nanos polling. Nanos even stated, "Conservative lead widens in wake of the brown-face controversy. Trudeau and Scheer still close on preferred Prime Minister tracking."

In fact, Nanos claims that the Liberal party took a hit, dropping from 32 percent, after recently being ranked at 34.2 percent. Yet, it seems that Trudeau isn't taking a major personal hit when it comes to these blackface photos.

In Nano's polling, 31.5 percent of Canadians still feel that Trudeau is the preferred Prime Minister, while Scheer follows closely behind with 29.2 percent.

This is also reflected in CBC News Canada Poll Tracker, which brings together all publicly available data, as opposed to focusing on one set of data like Nanos poll.

According to the CBC News Canada Poll Tracker, since the blackface controversy, the Liberal party has actually gained support, raising 0.2 percent, reaching 34.1 percent of Canada's support.

They follow closely behind the Conservative party who are currently at 34.7 percent.

However, with elections still a month away, so much more can happen that will affect these polls before the election date.