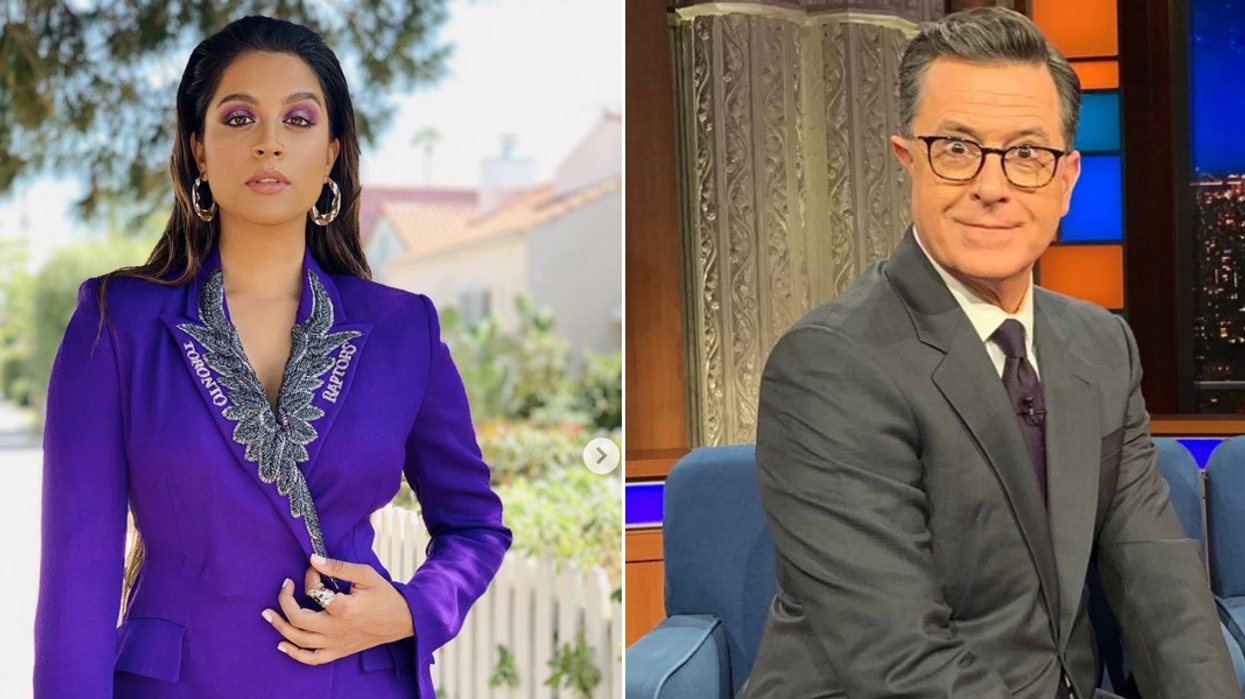 It's election season in Canada which means for September and October you can't turn to any type of media without hearing political news. With Trudeau's recent scandal, the election coverage has gotten 10 times more intense and honestly kind of aggressive. It's starting a lot of controversy amongst Canadians. We've entered a stage of dirty politics and even the Americans are noticing. It's raised so much attention that celebs from around the world have started commenting on our current political climate. These celebs have all reacted to Justin Trudeau's brownface scandal.

If you aren't sure what happened, the Conservative party recently released photos of Justin Trudeau in brownface from 2001 when he dressed as Aladdin for an Arabian Night's themed party. There was also a video released of him from the early '90s performing in blackface at his high school show. While we're all in Canada trying to decide who to vote for, American talk show hosts used this as prime content for their episodes last night, while other celebs just tweeted their disdain. Lilly Singh even did some silent protesting herself.

Lilly Singh recently premiered her late-night talk show, A Little Late With Lilly Singh and Justin Trudeau was scheduled as a guest. Although he wasn't scheduled for an interview, NBC confirmed that the short comedic skit he had pre-recorded for last night's episode was taken off the program following the scandal.

Canadian actor Joshua Jackson also had something to say about Trudeau. He basically inferred that Trudeau wouldn't be winning a second term, "Welp...Justin Trudeau, thank you for your service. please enjoy a contemplative retirement. Yeesh."

Hasan Minhaj, an American actor and writer, also had something to say about the Canadian scandal. He tweeted, "Uhhh I have a few more questions..." He never clarified whether he was asking for more context or was just in disbelief.

This is where the international part really comes into play. Sana Seed, an Indian actress and model, also got involved in the scandal saying a simple, "and there it is" with a picture of Trudeau's brownface below.

Stephen Colbert was just one of the talk show hosts who discussed the political scandal, jokingly screaming, "I just want to say... It's not us this time! Suck it, Canada!"

Trevor Noah, the host of The Daily Show, got a little carried away with his Trudeau skit. He went more in-depth to the situation, even responding to Trudeau's apology statements. He went as far as joking, “Besides being problematic, it also sounds like Justin Trudeau would be the most annoying person on Halloween."

Kal Penn, an American comedian, instead of taking a more serious route decided to joke about the whole situation on Twitter. He tweeted, "For Halloween, I'm going to dress up as Justin Trudeau dressed up as Aladdin."

English Broadcaster, Piers Morgan, has never been one to sugar coat anything and that applies to the column he wrote on Trudeau. He tweeted out the article on Twitter with the excerpt, "Blackface Trudeau should apply the same high horse standards to himself that he applies to everyone else - and demand his own racist head on a plate."

Even everyone's favourite producer on Ellen DeGeneres, Average Andy, got in on the politics. He urged people not to beat around the bush when they're discussing Trudeau and call it for what it is.