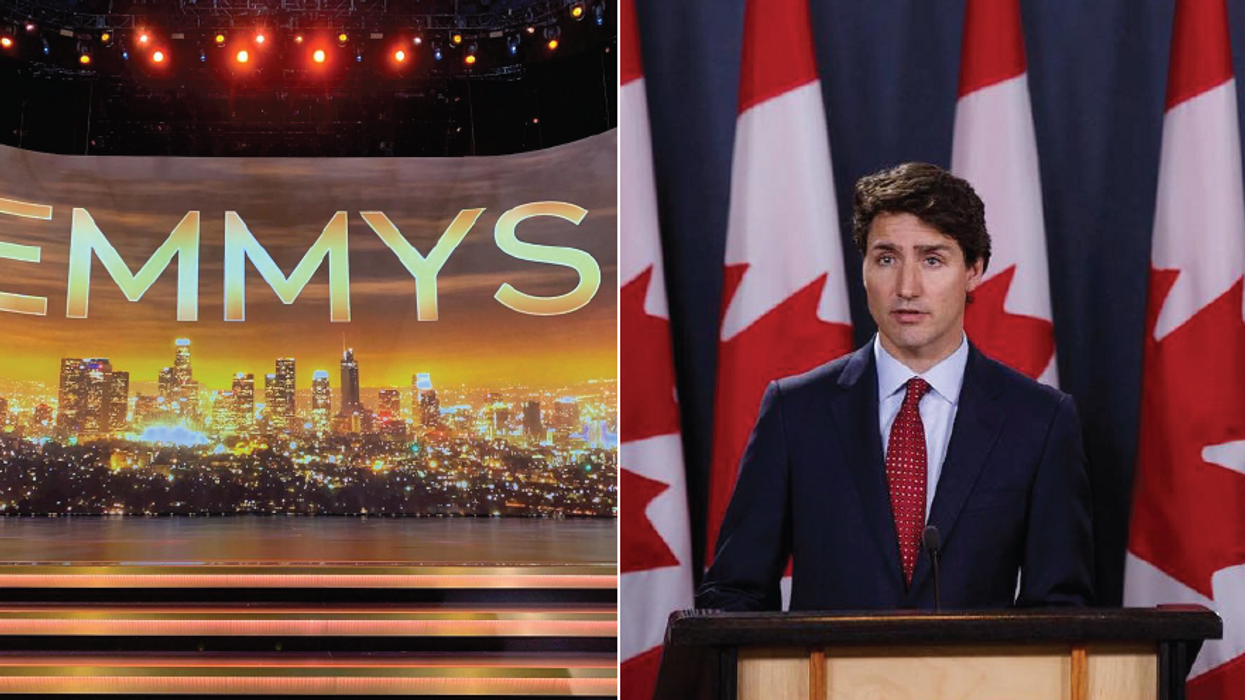 Let's just say that Justin Trudeau hasn't had the easiest or best week of his life. Last Wednesday, news broke that Justin Trudeau had been wearing "brownface" in a rediscovered photo from 2001. While some came to his defence, others quickly changed their 2019 Federal Election vote. Justin Trudeau tweeted today to give support to all the Canadians that are nominated for a 2019 Emmy, but fans think he should win best actor.

No matter what it's about, Justin Trudeau always sends his love to Canadians for any big awards show. In a tweet today, Prime Minister Justin Trudeau wished good luck and congratulated the nominees, but his replies are... sarcastically supportive.

So why are they nominating him for best actor? Well, it all has to do with his "brownface" scandal. If you're not familiar with the scandal, a photo of the Prime Minister wearing brownface resurfaced, and Trudeau hopped on a press conference to defend himself, but also apologize sincerely.

However, Canadians and even Americans aren't impressed. Not only have thousands of people expressed their concern about him becoming Prime Minister again, but celebrities have given their two cents as well.

The replies to Trudeau's tweet are definitely not the nicest. You can view some of them below:

@JustinTrudeau What award are you up for? Best politician in a foreign drama ( teacher ) and the budget will balance itself
— 🇨🇦 Jay Bailey 🇨🇦 (@🇨🇦 Jay Bailey 🇨🇦)1569197359.0

Seems like Canadians won't let Trudeau off the hook, even for just a tweet about the 2019 Emmys. While Trudeau isn't up for an award, a ton of Canadians are. He was most likely giving his congrats to these Canadian actors and TV shows.

It's hard to say if this scandal is enough to make Justin Trudeau lose, but as of right now, most Canadians still prefer him as Prime Minister.