Who puts on a button-down shirt to work from home? 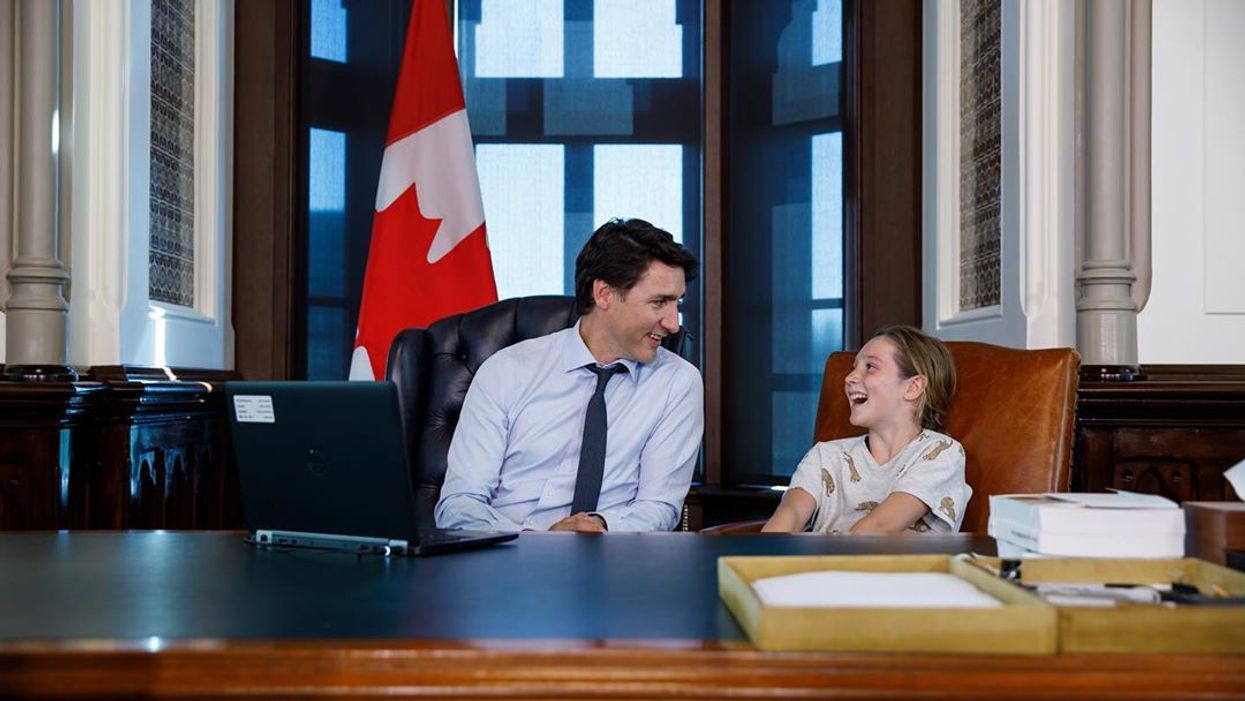 Politicians — they're just like us. If you're working from home, the leader of our country is doing the same thing. However, he's probably more dressed up than you are. Justin Trudeau's coronavirus self-isolation has started and he gave a behind the scenes look at his home office.

On March 13, the Prime Minister shared a photo on social media of himself working from home and it gave a unique sneak peek into his office during his COVID-19 self-isolation.

"Busy day ahead, working from home. Meetings with my cabinet, the country’s premiers, national Indigenous leaders, and more," he said on social media. "Staying focused on you. Talk soon."

His daughter Ella-Grace took the photo of her dad in Rideau Cottage and blessed us all with a brief glimpse into his office.

Since it was taken from outside the doorway you can't see everything but it's still a pretty interesting look into his home life.

Trudeau is sitting behind a massive and ornate wooden desk so you can only see what he's wearing on top, a button-down shirt.

However, if he's anything like people who work from home, he's probably got sweatpants or PJ bottoms on.

At least he's not wearing a tie!

The desk is pretty cluttered with lots of papers and behind him are two shelves packed with books but it still looks like a cozy little office.

The Prime Minister opted to go into self-isolation and work from home after his wife, Sophie Grégoire Trudeau, returned from the U.K. and started showing flu-like symptoms.

She also went into self-isolation, was tested for COVID-19 and it was later confirmed that she has the virus.

The Prime Minister's office confirmed that he is in good health and is showing no symptoms but will stay at home for the planned 14 days.

After testing positive, Grégoire Trudeau shared a message with Canadians and said, "being in quarantine at home is nothing compared to other Canadian families who might be going through this and for those facing more serious health concerns."

She also said she'd be back on her feet soon and thanked people for their concern.

Canadian politicians like Jagmeet Singh shared messages of support for Canada's first-lady on social media after her diagnosis.

Trudeau will continue to work as Prime Minister during his self-isolation and conduct business through phone calls and virtual meetings from his cozy home office.