Could this be the new national anthem? 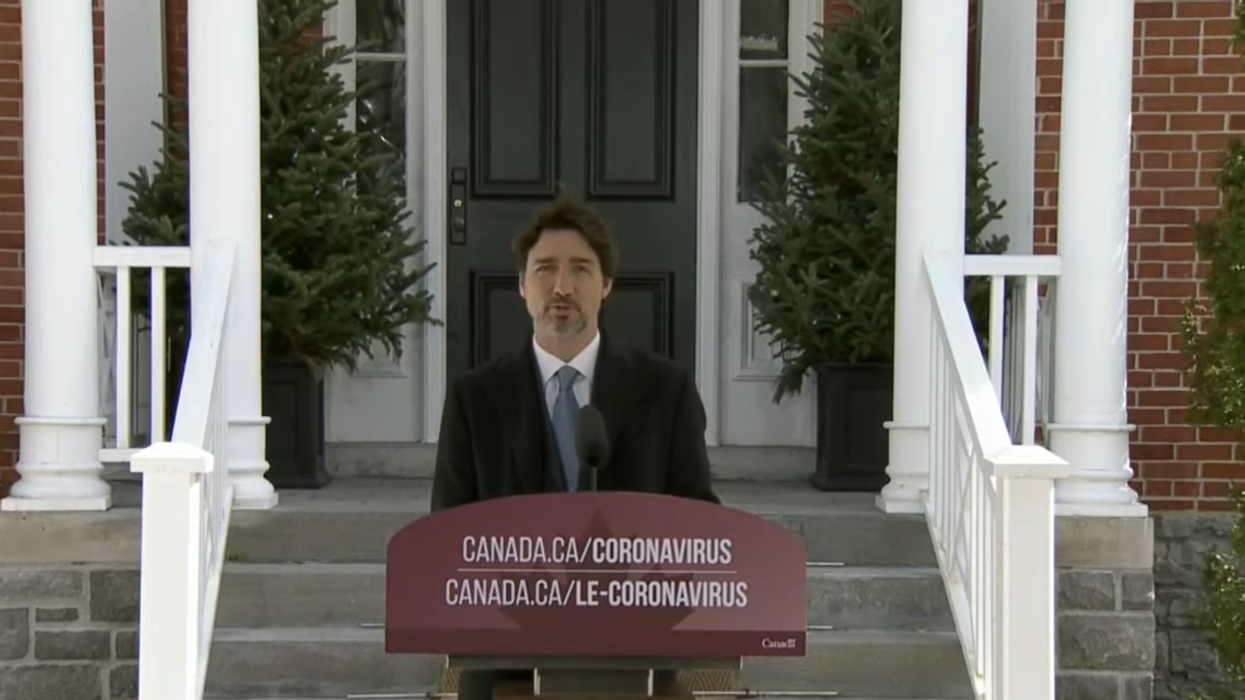 Do you need a laugh? It’s not every day that the Prime Minister’s choice of words has the potential to be a music lyric. But when that does happen, it’s amazing. Justin Trudeau’s “speaking moistly” comment actually got remixed into a song and listening to it is so hilarious.

After that “moistly” incident at Trudeau’s press conference on April 7 that elicited many reactions from people, someone took the time to remix what he said and make it a song. Then they posted it on YouTube a day later for everyone to enjoy.

“Canadian Prime Minister Justin Trudeau premiered his new single ‘Speaking Moistly’ at a press conference yesterday, much to everyone’s cringey delight,” the person wrote in the description of the video.

In the song, Trudeau sings about washing hands, coughing into elbows and wearing masks before it builds up to the chorus where sings about, of course, “speaking moistly.”

Even the sign language interpreters got amazingly funny cameos in the video and their reactions to the Prime Minister’s word choice are priceless.

Though this is meant to be a funny play on what he said, it’s a pretty catchy song with an interesting ‘80s synth-pop vibe to it.

It’s too bad it doesn’t include Trudeau shaking his head and singing “what a terrible image” immediately after realizing what he said. However, the line does make it in right at the end.

Just a day after the song was posted on YouTube, it had gotten more than 700,000 views and that number continues to grow.

Also on April 9, “Speaking Moistly” and “Justin Trudeau Sings” were both trending on Twitter in Canada and each included lots of people talking about the song.

After watching the video, one person tweeted, “Canada had a big debate about changing its national anthem two years ago and I think we're about to have another one.”

Another said a Juno Award is on the way for the Prime Minister because of this song.

Someone else called it an “Instant Canadian classic.”

Canada had a big debate about changing its national anthem two years ago and I think we're about to have another one https://t.co/h89Trqx1M5
— Robyn Urback (@Robyn Urback)1586379956.0

I admit to spitting out my coffee laughing/simultaneously grooving at my desk to this. Instant Canadian classic.… https://t.co/UBVwjxMnBl
— Amanda Jetté Knox (@Amanda Jetté Knox)1586388208.0

Who is this artiste? Who would have thought the word moist would give us reprieve one day...#speakingmoistly https://t.co/0aHKghdSnd
— Blake L (@Blake L)1586387371.0

The now-famous line came when Trudeau was asked about the use of masks and when Canadians should be wearing them.

He told reporters that it’s OK if people want to do that.

“It protects others more than it protects you because it prevents you from breathing or speaking moistly on them,” Trudeau said.

The regret was instantaneous and he shook his head before he said, “what a terrible image.”