The romantic day looks straight out of a fairytale. 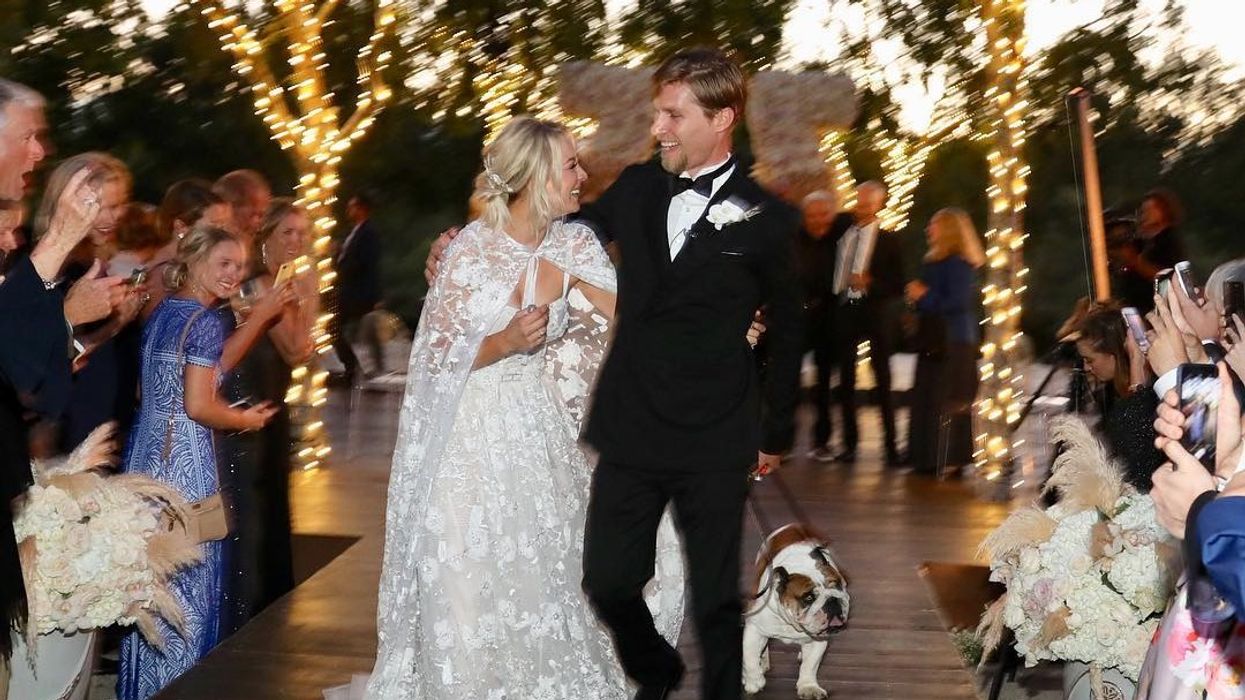 Today Kaley gave us even more magic by releasing a snippet of her wedding video on Instagram and it shows some incredible moments like her walking down the aisle and even saying I do!

The video shows both Kaley and Karl getting ready and various clips of them together with their animals (their furry family includes a bunch of show horses, cute dogs, and more) and they couldn't look more in love. But the most touching and fun moment is when Kaley is walking down the aisle and her and Karl point at each other. The unique and cute moment just screams, "I choose you."

And talk about setting the scene. Their wedding backdrops included a giant horseshoe, their horse stable decked out in lace, a long tunnel of fairy lights, and of course a huge dance floor with their KC monogram. It is the literal definition of a rustic-chic wedding.

Kaley and Karl met at a horse show in 2016 and got together shortly after. Kaley is very active on Instagram and often shares cute bits of their life, going to horse shows, taking care of each other, and both seem so happy and totally in love.

This is Kaley's second marriage. Previously she was married to Ryan Sweeting, a professional tennis player, but the two divorced in 2015. Despite saying that her first husband ruined the idea of marriage for her, she didn't hesitate when Karl proposed in December.

Kaley and Karl were married on June 30th in what she called an intimate gathering at their home.