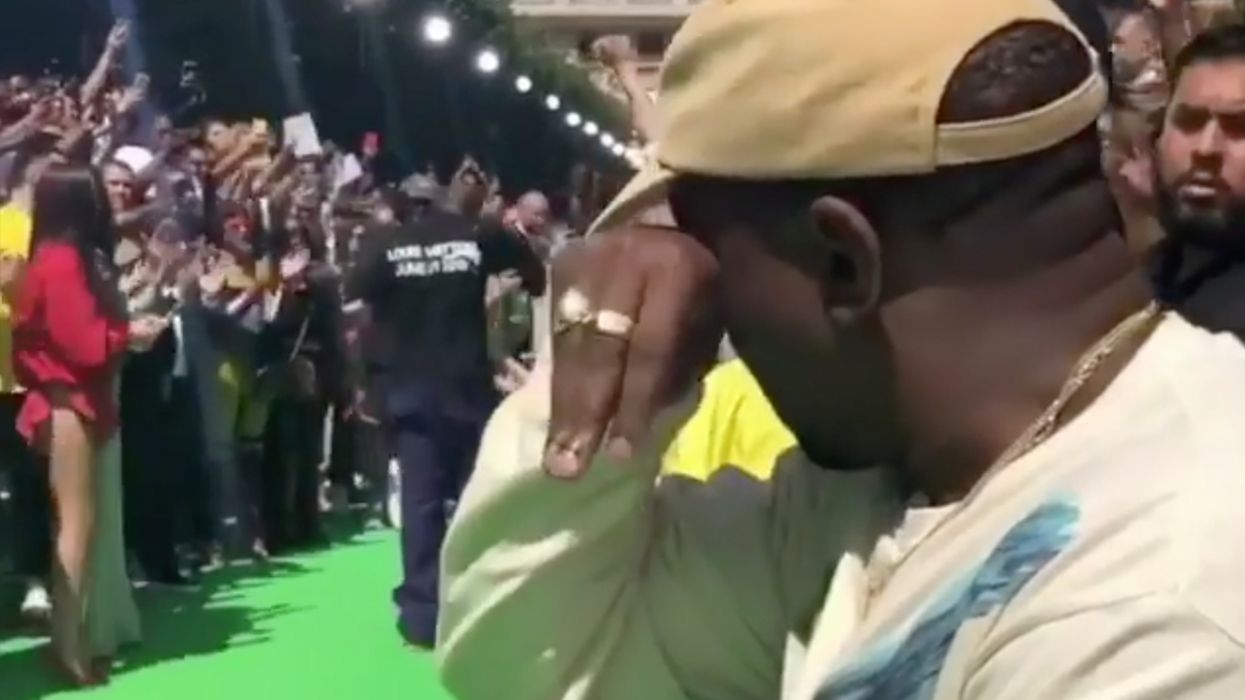 Abloh is the first Black person to earn the prestigious title at Louis Vuitton, one of the most renowned luxury fashion houses in the world. He and Kanye interned at Fendi together in 2002. After years of creative collaboration, Kanye appointed Abloh as the creative director of his agency, DONDA.

Abloh later started his own fashion house called Off-white, and was hired by Louis Vuitton just a few months ago. Seeing him walk down the runway at the end of his show yesterday sent Kanye West into an emotional breakdown.

“There is some validation in the fact that someone that I came up with is now the head at Louis Vuitton,” Kanye said in an interview recently.

Videos have surfaced on social media of Kanye West bursting into tears as Virgil Abloh embraces him after the show. Abloh is already wiping tears from his face as he approaches Kanye. Both can be heard sobbing as they hug.

After Abloh walks away, Kim pats Kanye on the back to comfort him as he continues to cry.

The tearful reunion video was also shared by the rapper Diddy on Instagram. He captioned the video with, "The POWER of what we can do TOGETHER!! LOVE! #BlackExcellence."