We can't tell them apart. 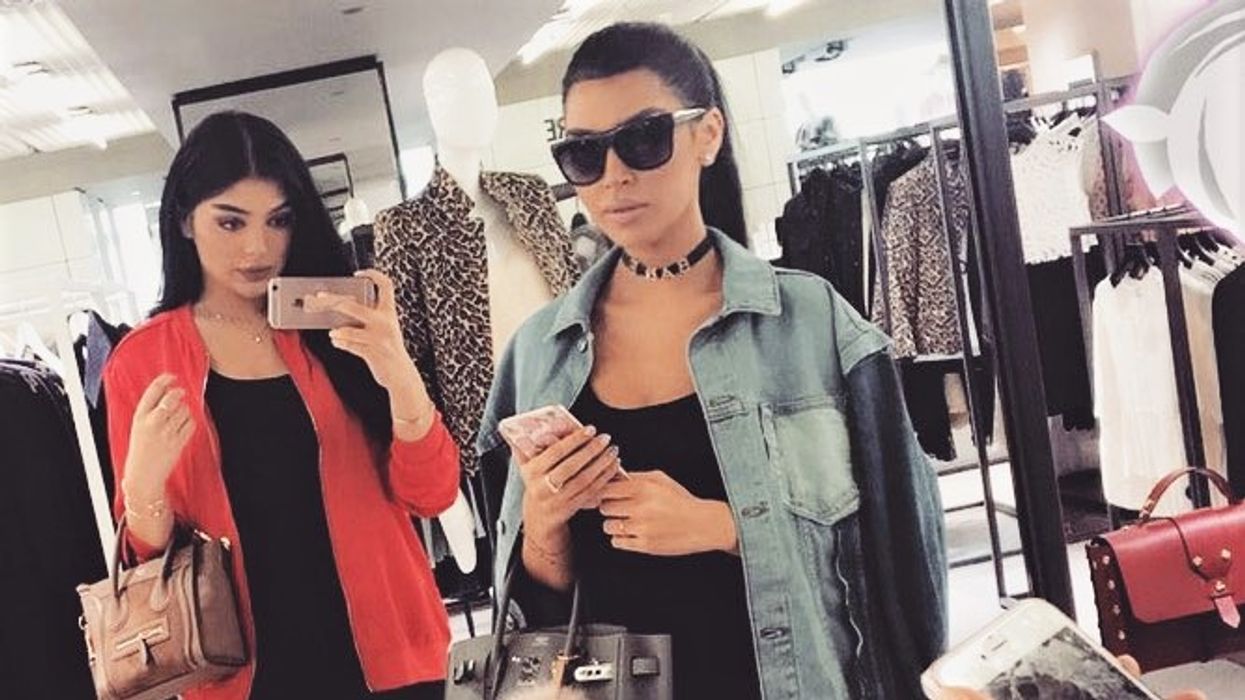 I mean we all joke around and say everyone looks like a Kardashian these days. With the Kardashian/ Jenner clan pushing fillers, contour kits, spray tans, highlighters, and clothing lines, almost any girl can look like a member of the family for the right price. HOWEVER, sisters Sonia and Fyza Ali, two makeup artists and lifestyle blogger from the United Arab Emirates have taken things too far!

READ ALSO: Meet The Chic Sisters Who Are Pretty Much The Kardashians Of Toronto

The sister blew on on social media this week, when a photo of them walking down the street took people off guard. Their resemblance to Kim and Kylie is so uncanny that you really need to take a second glance to see that it's not the famous siblings.

So what do these lifestyle bloggers actually do? On their Blogspot site, the sisters claim that they aim "to reach out to women around the world and show that you don't need a lot of expensive makeup to be glam," and added that "[the sisters] started by creating celebrity looks for less. months later it got a lot of attention and they got many requests to always recreate the latest celebrity looks."

The sisters are not new to the makeup and beauty scene. Older sister, Fyza was interviewed by Vogue Arabia in 2015 on the girls' popular Instagram account. In the interview, Fyza revealed that she's done makeup for a number of celeb clients, including Naomie Harris, Karrueche Tran, and Lilly Ghalichi.

No one can deny that the sister who resembles Kim, looks almost so spot on that you can't even see the difference.

While we can't confirm what lengths the sisters have gone to or what they've done to look like Kylie and Kim, there are before and after pics online that show them looking VERY different.

This is them before pic.twitter.com/zDl2RPRmnT

So let us know, are you loving these girls or do the Kardashian copycats totally freak you out?