"I’m just tired of having to deal with lies, false promises, inconsistencies and disrespect." 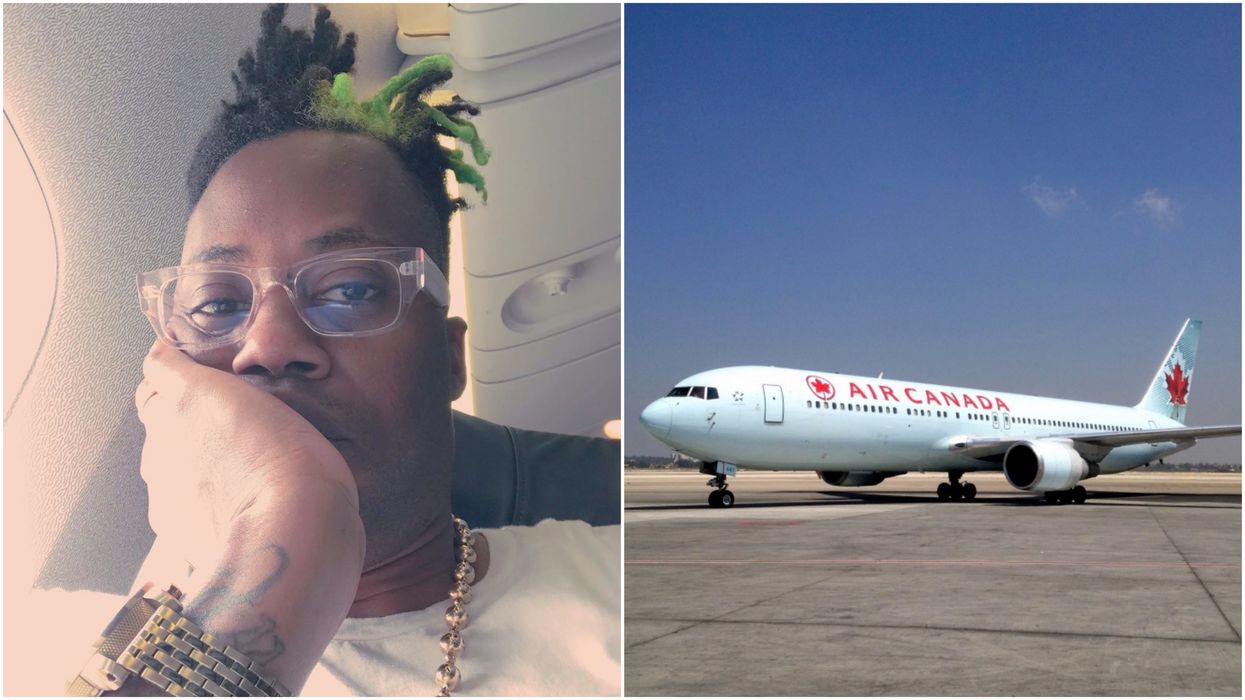 Earlier this month, Air Canada was voted to be the best airline in North America, much to the surprise of many unsatisfied Canadians. While the airline is no stranger to customer complaints and on-board flight issues, it is probably not often that they get a review so scathing and so public as the one they received today from rapper and record producer, Kardinal Offishall. In two posts on his Instagram and Twitter pages, the Canadian star dragged Air Canada for their terrible service, accusing the airline of “ lies, false promises, inconsistencies and disrespect.”

Kardinal Offishall, who is a popular Canadian music-maker and record producer, first reached out to the airline via Instagram, making sure to use the @aircanada handle so the company would see the post. Tagging his location as “Living HELL,” Kardinal took the opportunity to explain to Air Canada, and to his 59,000 followers, why he was so disappointed with the Canadian airline.

Formatting his post like a letter, Kardinal wrote, “Dear @aircanada, for several years I remain loyal, but it’s days like today that I question myself." He went on, "I enjoy your planes, but the actual process to getting into my seat remains an unnecessary thorn in my side.”

Dear @aircanada, for several years I remain loyal, but it’s days like today that I question myself. I enjoy your pl… https://t.co/5FvxKjWtDT
— Firestarter (@Firestarter)1566997459.0

In the post, Kardinal explained that he had checked-in to his Air Canada flight from London yesterday, and noted that he’d paid for a seat upgrade. He said, “I was greeted with several error messages. My spider senses went off, because this has happened before. I called my credit card company and sure enough-I had been charged several times, which took up a few grand in space on my visa.”

Thankfully, the Kardinal was able to contact Visa, who provided the rapper with the information needed to get a direct refund of the charges from Air Canada. However he did have to spend three hours on the phone to the airline to get refunded for the unnecessary charges.

Kardinal wrote, “Long story short, I spent about 3 hours on the phone with Air Canada sorting through everything and MAKING SURE there was a note on my file with my upgrade that I paid for (5 times) so I wouldn’t have any issues when i checked in...what do you think happened?”

Sure enough, when Kardinal went to board his flight, he was told his seat was now unavailable. According to the rapper, he was told by Air Canada representatives, “Yeah, your seat is gone. They didn’t do anything to hold it and everything is now full”.”

When Kardinal asked the staff member what he was supposed to do next, he claims he was told, “What do you want me to do? I can’t make up a seat and give it to you...”.”

Kardinal explained to his Instagram followers that he was actually a ‘Star Alliance Gold’ passenger, meaning that he was an “elite member” of the airline. However, this did not change anything for the star, who did not even receive an apology from the staff.

@KardinalO @Kodele_mua @AirCanada Why does it take for him to put you on Blast publicly to try and rectify the situ… https://t.co/BvVOU0Vmmk
— Meester Troy (@Meester Troy)1566998235.0

“NOT ONCE DID ANYONE APPOLOGIZE for the fraud that was committed by charging my card several times or the time spent on the phone with visa and Air Canada. Over the years I’ve been super elite, elite etc and was even in a featured article on the website a few years back,” he wrote.

The music producer also called the airline out for their underlying racism, writing, “Nevermind the fact that they still say “sir this line is for Business class or priority passengers” half the time I’m ready to board.” He added, “I’m just tired of having to deal with lies, false promises, inconsistencies and disrespect.”

Kardinal concluded the post by writing, “Today, I question my loyalty...Smh. Been with y’all for years, but I just can’t deal with the stress, just to get into a seat.”

@KardinalO Hello Kardinal, thank you for reaching out to us. We sincerely regret to hear this. Our customer's satis… https://t.co/fKT6srEATa
— Air Canada (@Air Canada)1566997895.0

Air Canada did respond to Kardinal's tweet, asking the rapper to contact them directly to resolve any issues.