Kate Beckinsale and Pete Davidson were recently spotted making out at a hockey game. 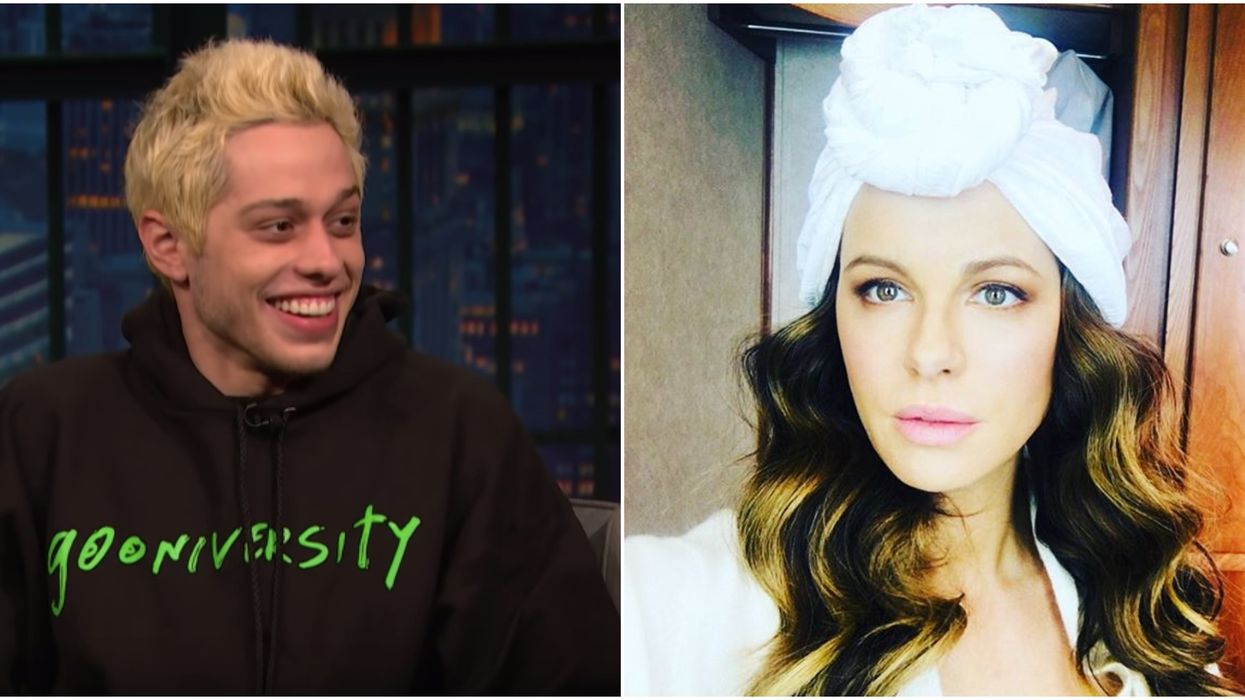 It seems like it was just yesterday that Pete Davidson and Ariana Grande split. All of us were totally surprised by their whirlwind engagement and breakup, and there's no denying that the relationship took a serious mental toll on Pete. It looks like he's finally feeling better again though because he was recently spotted making out with another woman at a hockey game. The woman was Kate Beckinsale, and she had the best reaction to the backlash of her and Pete Davidson making out.

READ ALSO: Pete Davidson Kicked A Fan Out Of His Show For Making A Joke About Mac Miller's Death

It was weird enough that Kate and Pete were caught making out by paparazzi, (that's one couple we definitely never saw coming), but what makes the photo even more comical is that Antoni Porowski from Queer Eye was seated right beside them during the game, making him look like a totally awkward third wheel.

Of course, as with most things in 2019, the photo was quickly turned into a meme which is honestly totally relatable. Let's be real - a lot of us women are so guilty of ignoring "good guys" who are into us and chasing after the "bad boys" who are emotionally closed off. Upon seeing the meme, Kate took it upon herself to clarify by commenting "Antoni is gay, if that helps clarify at all #queereye".

All jokes aside, it seems that Pete and Kate are actually pretty serious. The two spend plenty of time together attending comedy shows, hockey games, and Saturday Night Live after parties. I guess we'll just have to wait and see if Pete pops the question as quickly as he did with Ariana.