Both women are stunning! 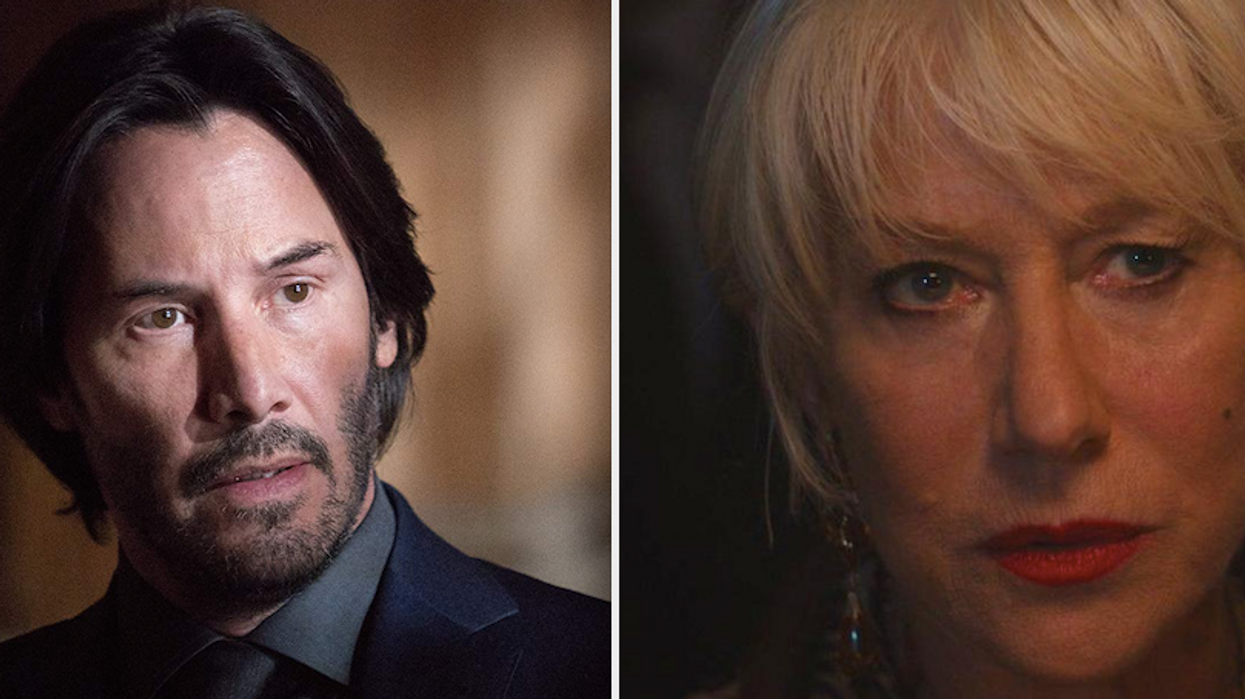 Keanu Reeves is back in the news about his potential new relationship, but this time it's about a comical mishap. He showed up to the LACMA Art + Film Gala last weekend holding hands with a mystery lady we soon learned was named Alexandra Grant. And then we found out that what we thought was a fresh and new relationship has actually been going on since around the summer of 2017. Regardless, everyone is just so happy that Reeves found love after fifteen years of single life. People have been talking about it all over social media, but especially on Twitter where they've been expressing confusion about the similarities between Grant and another special Hollywood lady. But Keanu Reeves' girlfriend, Alexandra Grant, being mistaken for Helen Mirren is totally flattering to her.

Although the two women have quite a big age gap, as Grant is 46-years-old and Mirren is 74-years-old, they do have similar facial features so it's easy to see how you could confuse them at first glance. Grant wore a gorgeous navy gown to the Gala with her silvery grey hair in a bun and side bangs framing her face. One of Mirren's classic hairdos is a bob haircut with side bangs so that's already one similarity. Both women also have pale skin and bright blue eyes and often sport of pop of red colour on their lips.

If you're disappointed to hear that it wasn't Mirren who Reeves has a budding romance with, it may bring you delight to know that she has been happily married to movie director, Taylor Hackford since 1997 so she's off the market anyway. When Mirren was asked about the confusion, she told ET Canada that it was, "very flattering on me, you know, because she’s obviously lovely." She also spoke about her friendship with Reeves, saying, "I do know Keanu very well. He did a film with my husband and he is just the most adorable, lovely person."

Most of the tweets about the mishap were hilarious and lighthearted and (hopefully) no feelings were hurt in the process.

One user wrote, "Saw the photos and legit thought Keanu Reeves was dating Helen Mirren. Which I also would have supported."

Saw the photos and legit thought Keanu Reeves was dating Helen Mirren. Which I also would have supported. https://t.co/rYoC9nCLzZ
— Travon Free (@Travon Free)1572921041.0

And another wrote, "This is great I’m glad he’s not dating a child but I thought this was Helen Mirren and now I’m bummed".

Some celebs even chimed in about the confusion including comedian Whitney Cummings who tweeted, "The fact that some people are mistaking Keanu Reeves age appropriate girlfriend with Helen Mirren is wild. In hollywood, if you’re not 24, you might as well be 70." And she does have a pretty good point.

Another user shared pretty identical photos of the two women, writing, "At first glance I thought his new girlfriend was Helen Mirren I can’t be the only one who sees that??" which did kind of blow our minds.

So what do you think? Did you get confused when the photos of Alexandra Grant and Keanu Reeves first started surfacing?