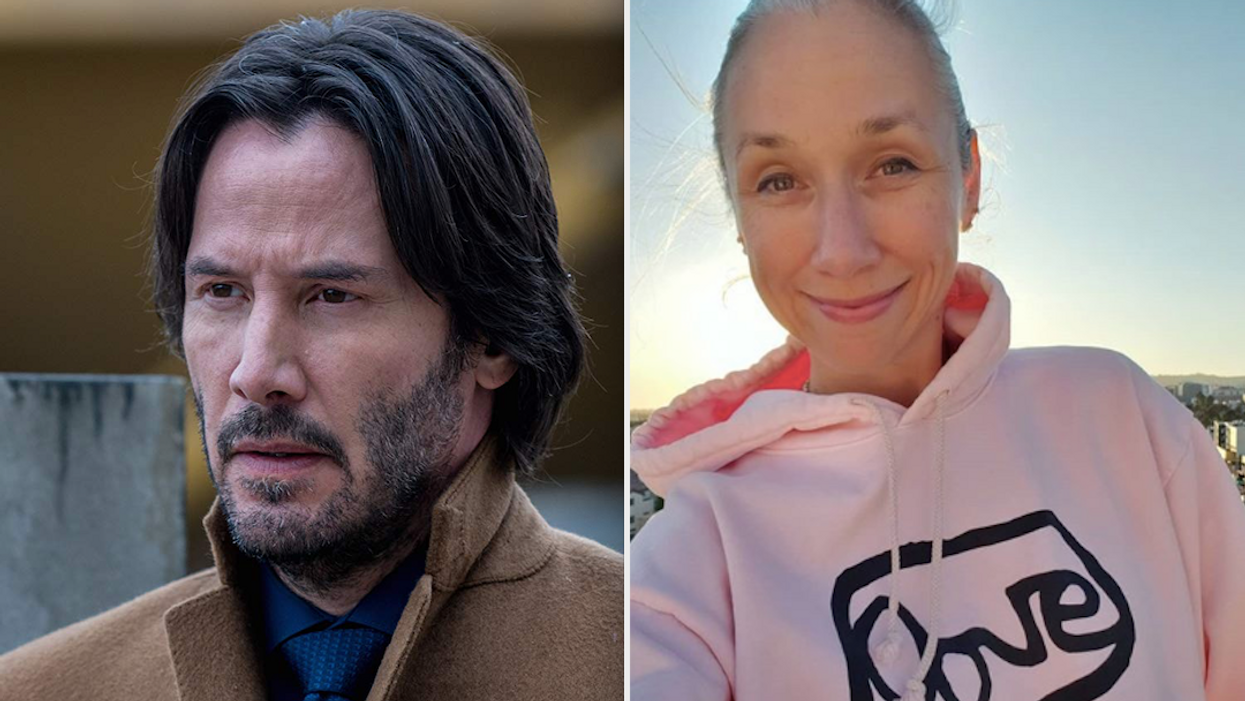 It's safe to say that Keanu Reeves shocked the world a little bit when we learned that he has a girlfriend after being a single man for over 15 years. The internet immediately had to find out who his girlfriend is and how they stole each other's hearts. The two held hands on the red carpet at the LACMA Art + Film Gala yesterday, confirming their relationship to the public. And Keanu Reeves' girlfriend Alexandra Grant is actually an incredibly interesting and successful woman.

Grant was born in Fairview Park, Ohio in 1973 with her exact date of birth unknown. She currently lives in Los Angeles where she works as a visual artist.

She Has Lived In Multiple Countries Across The World

On her personal website, Grant wrote that she has lived in countries including "Mexico, France, and Spain" during her childhood and teenage years.

She Has A Bachelor of Arts & Master of Fine Arts

Grant's incredibly impressive, nine-page long CV is publicly available online and it notes that she has two degrees. Her first was a BA from Swarthmore College in her hometown of Pennsylvania, specializing in "History and Studio Art" which she received in 1995. Then five years later, she moved to California College of Arts and Crafts in San Francisco and got her MFA in "Drawing and Painting". She also has an Instagram account just for posting photos of her incredible art pieces.

She Once Directed A Documentary

Grant was the director for the hour-long documentary called Taking Lena Home which was released in 2015. On the film's IMDb page, the plot is described as, "an artist drives across the country to return a tombstone, the first antique she has ever purchased, to a rural homesteading community in Nebraska."

She & Keanu Reeves Published A Book Together In 2011

Grant and Reeves' friendship goes back as far as eight years ago when they met to collaborate on Reeves' book called Ode to Happiness. It's a picture book for adults and Reeves did the text writing, while Grant used her artistic skills for the drawings and paintings inside.

After hitting it off with their first book together, the friends now turned couple, teamed up with Jessica Fleischmann and they established a company called X Artists' Books in 2017. On their website, they describe themselves as a "small publisher of thoughtful, high-quality, artist-centred books that fit within and between genres." They've created quite a big community of book lovers, too.

Over a decade ago, Grant created the self-named grantLOVE project, which "produces and sells original artworks and editions to benefit artist projects and arts non-profits" according to the website. Through her company, she has supported other projects and charities in the Los Angeles area.

Her Work Has Been On Display In Toronto

Also on her CV, Grant has had her work on display in many museum collections across the world, including at the Art Gallery of Ontario in Toronto, the same city Reeves grew up in.