Kendall Jenner 100% Doesn't Use Proactiv, And Here Is All The Proof You Need

Kendall is the new Brand Ambassador for Proactiv. 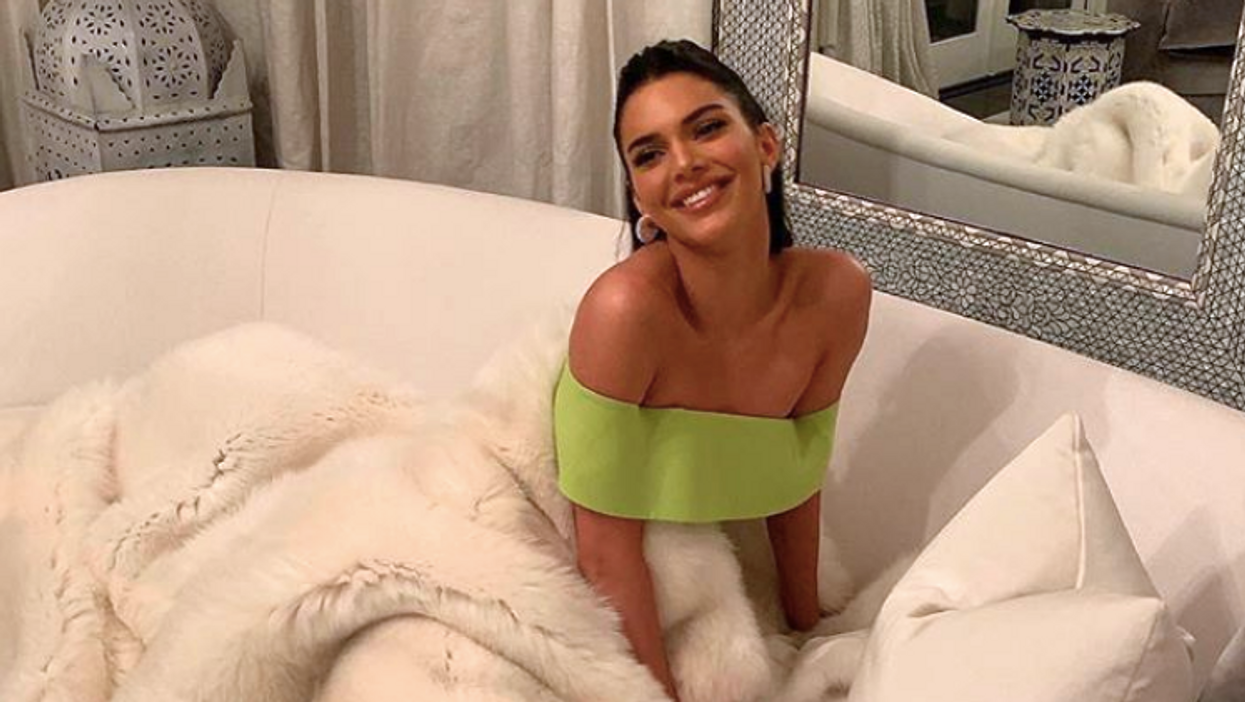 When we look at the Kardashian-Jenners, we see their makeup done, their hair done, thousands of dollars worth of clothes on their bodies, and more. Being in the spotlight, everything is magnified and every move you make is criticized. Kendall Jenner is usually one to stay out of the spotlight the most, never really appearing on the family's show Keeping Up with the Kardashians, and that's usually because she's away modelling. But all of that said, that doesn't mean these sisters don't have struggles.

On Sunday, January 6th, Kendall made 'special announcement' and Kris Jenner teased it a couple of days before. Fans were expecting something about her sexuality or mental health, since Kendall has been open about her struggles with anxiety. But instead, on the night of the Golden Globe Awards, Kendall made the announcement that she was the new brand ambassador for... Proactiv. Is it just me, or did everyone think this company wasn't around anymore?

While fans thought and still think this huge announcement was a complete scam, I think it's time we dig deeper into all the reasons why Kendall's last resort was definitely not Proactiv. In an interview with People, Kendall said, "I had exhausted all other options, I was desperate, and I was like ‘You know what? I’m gonna try Proactiv. It was such an awesome experience for me and really helped me." Kendall, sweetie, it's just really hard to believe. And here are all the reasons why:

Kendall Jenner is a millionaire

You're telling me that Kendall Jenner, who made 22.5 million dollars in 2018, last resort was to buy a $40 acne treatment that is played on infomercial channels? Her sisters get treatments almost weekly for things like cellulite, lip injections, botox, etc., and Kendall resorted to Proactiv to help her skin. Okay.

Fans dug deep and found out some truth (the real truth)

Fans always come through. They discovered an interview from 2015, where Kylie talks about how Kendall cured her acne. Don't get too excited, it wasn't Proactiv! It was the family dermatologist Christie Kidd. In the interview, Kylie says, "My sister Kendall had really bad acne when she was younger, and she really cleared it up. I thought, ‘Well if she cured Kendall, I should start to visit her.’". You can view the tweet below.

Not like it's any surprise, but the only time Kendall has been seen with bad acne in the past year was on the Golden Globes red carpet in January of last year. Every other close up photo makes her skin look flawless. So what gives? Are you sure it was Proactiv, Kendall, or was it photoshop, dermatologist appointments and various other skin treatments?

READ MORE: People Are Livid With Kendall Jenner After Her "Important Announcement" Ended Up Being A Complete Scam

Not like this family is worried about money, but they do a lot of sponsored posts on Instagram. A post about SugarBearHair can get one of the sisters $1 million. So why would Kendall Jenner buy a $40 acne treatment online, and then reach out to the company to say it worked? The company must have seen her skin clear up since last year and reach out. And if so, that's all the more reason that this is a scam. Celebrities such as Avril Lavigne and Justin Bieber have always been brand ambassadors, and there's no way both of those people reached out to Proactiv themselves.

I think that's all the time we have for today, folks. You can read Kendall's interview with People here on why she decided to partner with Proactiv and see for yourself, but all of her answers seem a little rehearsed. But even if they're not, something is definitely fishy.

A new survey just revealed the places with the best qualities of life in the entire world.