Kendall Jenner bared it all at the Vanity Fair Oscars Party. 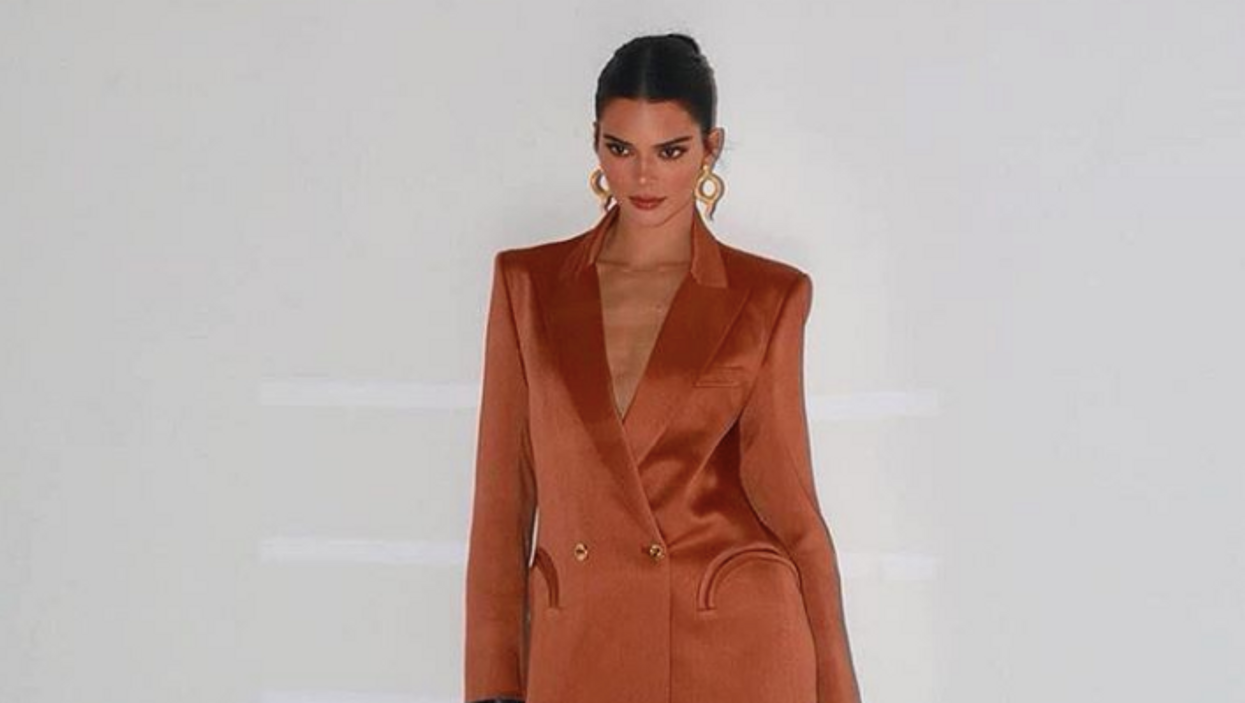 When it comes to fashion, there are two Kardashian sisters who love to risk it. Can you guess who? Well, first it would be Kim Kardashian who would probably go topless if she could. And the second is Kendall Jenner. Kendall shows up to a ton of red carpet events in sheer tops, but this time was different. Kendall Jenner showed up to an Oscars party without pants and fans are actually loving it.

In true Kardashian-Jenner fashion, Kendall made an entrance. While we're over here wondering how she didn't slip up and show her private parts, Kendall is over here actually working it!!!! I mean, just look at the photo below, and you'll see how risky this decision was. While it definitely looks like Kendall is wearing at least some underwear, the risk of this failing is super high. But do you really care when you're a high fashion model who can pull off virtually anything? No, you don't.

Fans are usually pretty critical of Kendall. Since her Proactiv gig, they have not been very into her as a person. But last night things changed, as people praised her for being so brave. I mean, I wouldn't call this brave, but it's definitely something!

On Twitter, fans are absolutely loving her outfit. They're calling the sister fierce, a daredevil, and so much more. You can read the tweets below:

Okay @KendallJenner at the vanity fair oscars party tho🔥🔥🔥

#love @KendallJenner always stunning like always!! Those legs though! 😍 https://t.co/B2jBabaBZO

However, like anything with the Kardashians, some fans absolutely hated it. They're asking why Kendall is always half naked, that the dress is missing the legs, and even some people calling her trash. To each their own, I guess!